Home > Featured > Eli For 25: Nevada is being railroaded by the energy monopoly
Featured

Eli For 25: Nevada is being railroaded by the energy monopoly 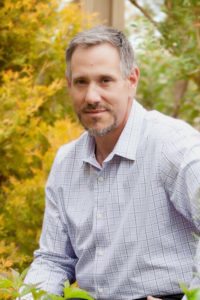 Nevada’s economy is stuck in the 19th century, and unless we break free of NV Energy’s stranglehold on power, we may never catch up.

Most of you are probably familiar with the Nevada Public Utilities Commission and its controversial decision to gut Nevada’s solar industry at the end of 2015 — a decision that caused SolarCity and other businesses to leave the state while costing a lot of homeowners a lot of money.

What you might not know is that the PUC was originally an extension of the Railroad Commission. In the 19th and early 20th century, Nevada’s economy and culture were shaped by the railroad — a monopoly that brought progress, but also made a lot of money for a few men.

Now, over a century later, the PUC oversees yet another monopoly — NV Energy — and an energy industry that is booming and making a few people very rich.

NV Energy was formed through the merger of almost every energy company in our state. It controls the supply of energy and its sale; no other organization can compete. This is a business model straight out of the 19th century. What is it doing in our 21st-century economy?

Taxpayers in Northern Nevada want progress, economic growth and jobs. We spent the money to incentivize Tesla, Switch, Apple and others to move here. Yet at the exact same time Tesla was building its facility, its sister company SolarCity was forced to leave Nevada. Meanwhile, companies like Switch and Apple are being charged huge fees for green energy.

For all the goodwill the people of Nevada want to show these big companies — for all the sacrifices we’re making in hopes of employment and opportunities — the PUC and NV Energy are working against us at every step. 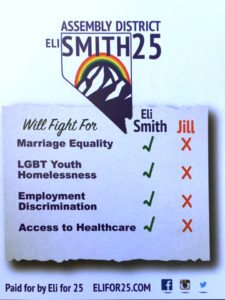 If we’re going to court modern companies to set up shops in Nevada, why are we making things so difficult for them? Why are we resisting forward-thinking concepts like renewable energy? We should not be allowing monopolies to terrorize our state and cripple our economy. Maybe it’s time for NV Energy to adjust its business model to something more modern, and the PUC to start serving the people’s interests instead of supporting a monopoly.

The 21st-century green economy is here. We have sought to diversify our economic base through technology and innovation. The anchor of energy monopolies and their 19th-century legacy will prevent us from moving toward an empowered and fully utilized future.

We must embrace the innovation it will take to free ourselves from old business models and even older ways of thinking. It will take great determination, but rarely in our history does progress happen easily. I don’t know exactly what our future energy policy looks like, but I believe that if we proceed in the interest of the people, we will succeed.
—

Allen “Eli” Smith is the Democratic candidate for Nevada Assembly District 25. He is holding a fundraiser Sunday, July 31, at 1864 Tavern, from 3 p.m. to 6 p.m. Visit the event on Facebook for more details. Visit his website for more information.