Tour de Nez Is Racing Into The Night 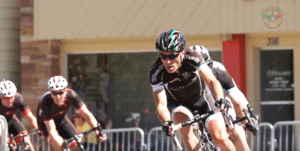 A question Tour de Nez often asks is if it’s a bike race with a party, or a party with a bike race? On Saturday, June 11, that question will remained unanswered as the event rides into its 24th year. Get ready for noses, mint juleps, glow sticks, live music and of course, cycling.

This year, Tour de Nez will be riding into the night for their first-ever nighttime bicycle race. During this race, bystanders can expect to see pro-cyclists adorning glow-in-the-dark accessories, continuing the fun theme of Tour de Nez.

“A unique atmosphere and community involvement is what Tour de Nez is all about,” said, Executive Director of Tour De Nez, Bubba Melcher. “Tour de Nez, meaning ‘Tour of the Nose’ wants to bring that family friendly corky-ness to Reno.”

There will be several businesses open and ready to keep attendees hydrated and full, along California Avenue, Flint, Court, Hill, Ridge and Sierra Street. So whether you’re in the mood for a mint julep from 1864 or charcuterie from The Cheese Board, you won’t go hungry at this race.

“The Cheese Board is in a great location for members of the community to have front-row seats to the Mighty Tour De Nez,” said Debbie Branby, president of The Cheese Board. “So yes, you can sit, sip, eat and watch the race, outside.”

Many ask the question of “is this a legitimate pro-race?” The answer is yes. The Tour de Nez is listed by USA Cycling as a Premier Event and has been named by Velo News as “The Coolest Race in America.”

The race takes place on a Saturday, starting at 7:30 AM and will go into the evening.

“Family, friends, food, drinks and cycling both day and night, this has been called the coolest event in Reno, said Melcher. “Grab your family, friends and be prepared for an entire day filled with cycling and fun,” said Melcher.

For more information or to register as a racer, visit www.tourdenez.com or to inquire about joining the Mighty Tour de Nez volunteer team email: [email protected].

Riverwalk District Gets Clean Up With Tour de Nez and...