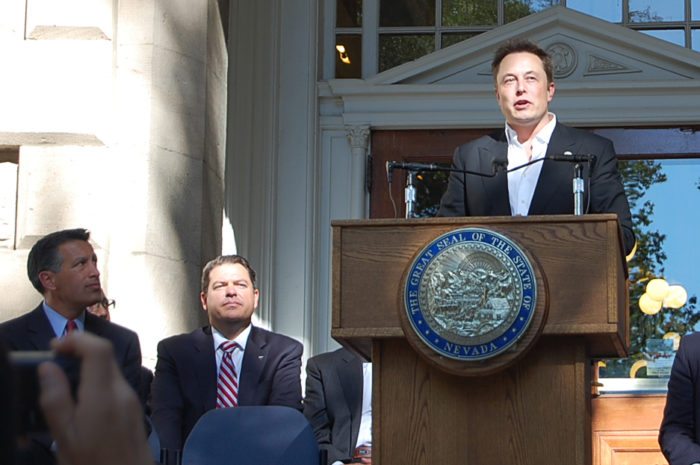 The Nevada Governor’s Office of Economic Development (GOED) has confirmed that more than $20 million in transferable tax credits (TTCs) were sold by Tesla to the MGM Grand for gaming license fees.

The credits were earned by Tesla as part of their negotiations and subsequent changes to Nevada law that were part of a larger tax incentive received by the company to build its Gigafactory in Storey County.

It is the largest amount of transferable tax credits ever earned by one company in Nevada, according to GOED’s Executive Director Steve Hill.

Tesla has to maintain a workforce with 50 percent Nevada employees as part of its requirements to receive the tax credits in addition to investing $3.5 billion at the Gigafactory site, Hill explained.

It’s not clear how much the MGM Grand actually paid for the credits because it is a private transaction between two businesses. Hill said that actual amount sold, though, is “close” to the total $20.4 million earned by the company.

“The benefit to the state comes from what Tesla is bringing, which is a lot of investment, a big boost in the economy and the jobs that they create.”

More than $9 million in TTCs earned by Tesla in 2015 was reported by the Las Vegas Review-Journal in December, but only after months of attempts to get unredacted public records from GOED did the state agency disclose where the tax credits went.

Since that time, another $10.8 million in tax credits were transferred by Tesla to the MGM Grand, which used the credits for gaming license fees.

Internal emails retrieved through the public records request show that GOED quickly moved to get Tesla’s TTC documents signed in March so that MGM could use the credits to meet a gaming tax filing deadline.

Tesla’s Nelson Wong requested of the state on March 7 a prompt signing of the certificate for the tax credits. 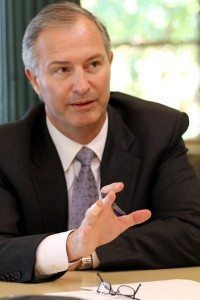 “Attached is the irrevocable declaration for the TTC,” he wrote. “Can you please very quickly turnaround the certificate to me?”

The next day, Brad Mamer, GOED’s director of business development, wrote to GOED Director Hill: “Tesla has negotiated its first transfer of TTCs. Are you going to be at the (Carson City) office today or tomorrow? Assuming so I will prepare the certificate and coordinate with Cory so it is ready for your signature.” (Cory is Cory Hunt, GOED’s northern regional director.)

“Someone at MGM Corporate is discussing use of the TTCs,” Mamer wrote. “Gaming Control believes MGM may want to use the credit as part of their gaming tax filing which is due tomorrow.”

On March 14 the documents were signed and delivered to Nevada’s Gaming Control Board.

The state does not necessarily directly benefit from that transfer, according to Hill.

“The benefit to the state comes from what Tesla is bringing, which is a lot of investment, a big boost in the economy and the jobs that they create,” he said. “The ability for them to sell that tax credit to others is a neutral issue for the state. Most of the time, you don’t sell the (tax credits) for face value, but it’s close.”

“Transferable credits usually sell at a discount, meaning that the selling firm receives less than their full value. The state, however, still forgoes the entire original amount.”

The use of the transferable tax credits is viewed as having pros and cons. The Pew Center For The States published a brief in 2015 that identified tax incentives as having trade-offs.

Like all state budget decisions, offering tax incentives involves a trade-off: A dollar used by a state on an incentive is a dollar that cannot go to other economic development programs, state services or broad-based tax cuts. To accurately analyze the results of tax incentives, states must consider the economic effects of these trade-offs.”

TTCs, in particular, remain questionable in terms how much they actually benefit the state. Chicago attorney Jennifer Zimmerman authored in 2015 an article in the journal of Economic Development and Policy that reviewed the benefits and drawbacks of TTCs. She said TTCs are controversial but concluded that

…it is important to note that the ultimate goal of state tax credits is not in all cases to generate income for the state. Instead, state tax incentives are still seen as a tool to attract new and expanding businesses to the state, and to encourage certain activities or investment in the state. Those that obtain tax credits may not have any, or enough, tax liability to which the total credits received may apply.

“But without at least a portion of the credit, the business may not survive or thrive, or the activity or investment deemed necessary may not be achieved. Therefore, to the extent state tax incentives exist, the sale or transferability of these incentives is arguably still necessary to the success of the state tax incentive programs.” 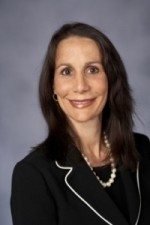 The Center said at the time that the use of such incentives was mixed:

Frequently, jobs created by development incentive packages fail to exceed the value of what states give away in uncollected tax revenue…. Transferable credits may undermine the principle of adequacy. For instance, transferable credits usually sell at a discount, meaning that the selling firm receives less than their full value. The state, however, still forgoes the entire original amount.”

The Center’s Nancy Brune said, “I think the question is, are we collecting enough information to be able to, at the end of the day, assess whether our portfolio of development tools is having the intended impact and we are realizing the desired outcomes.”

It was also noted in 2014 that the credits were complicated and lacked transparency.

“In Nevada,” the Guinn Center reported, “these transferable tax credits could be sold to large casino hotels, which pay gaming taxes and have an incentive to reduce their tax burden.”

That’s exactly what happened two years after the Guinn Center report was published. 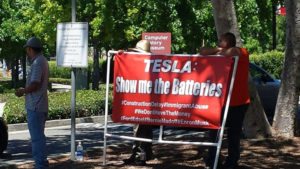 Reno-area locals are greatly concerned about the impact of population growth and development in the region.

Reno City Councilman Paul McKenzie said he was opposed to Tesla’s tax incentive package for these reasons. Local governments, he said, have to provide services, such as education and emergency aid, to support Tesla’s construction of its Gigafactory outside of Reno.

“It’s a concern, and it ought to be a big concern to businesses that pay their taxes and then watch other businesses get the benefit of these sweetheart deals,” he explained.

Tesla did not respond to an interview request about the TTCs for this story by the time of publication.*

The company did say during a media tour of the factory in the spring that the Gigafactory is contributing significantly to the local economy and that it is helping produce green-energy cars and home units while also employing more than its required share of Nevadans to build the factory. 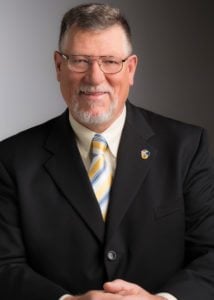 But Reno-area union leader Todd Koch argued against that point. The original legislation for Tesla, he maintained, was meant to have a majority of Nevadans working at the Gigafactory. Workers walked off the site in February in protest to what they said was Tesla hiring out-of-state construction workers and paying substandard wages.

“They’re not hiring from the local workforce like they said they would,” Koch said after the protest. “The intent was to reinvigorate the local economy.”

GOED audits Tesla quarterly and has found that it is meeting investment requirements.

McKenzie added that Washoe County and Storey County are carrying a burden for Tesla-associated impacts but without financial assistance, such as taxes that could be collected by local governments from companies like Tesla that are instead going elsewhere as transferable tax credits.

“State and local governments that depend on those taxes for funding to provide services — when we give those credits, they’re deprived of those funds,” he said. “The argument that is made over and over again … is that if we only get 25 percent of what they should be paying, then that is 25 percent more than we would’ve got if they weren’t here.

John Kerr, writing for the Nevada Journal in March, described TTCs like this:

Tesla will continue to rack up credits as part of the incentive package that helped to bring the company to Nevada.

The company has the ability to earn up $195 million in tax credits, according to Hill. It can then in turn sell the credits to another business at lower than their face value.

Local economies in turn rely on less tangible spillover effects from the Gigafactory’s construction, such as new businesses opening up shop in the area, job creation and increased investments in technology developments.

It is hoped that this path forward will reap enough benefits to satiate the area’s growth.

The approximately $20 million tax credit that Tesla sold to MGM is the first money that Tesla has received under its incentive package from the state. Any fair description of this package demonstrates how small it is relative to the total cost of the Gigafactory and the economic development that Tesla is bringing to Nevada. First, the incentives largely consist of foregoing sales and use tax on factory equipment, which are taxes that Nevada wouldn’t have received if the Gigafactory weren’t there. Second, they are spread out over 20 years and result in a discount of about 1% of our total costs over that time. Relative to what the Gigafactory will contribute to Nevada for decades, this is tiny. Third, Tesla only receives these incentives if it performs. They are tied to Tesla generating an estimated $100 billion of positive economic impact for Nevada and spending a minimum of $3.5 billion. If Tesla executes, both Nevada and Tesla share the upside, and if it does not, only Tesla suffers the downside.
Additionally, Tesla’s overwhelming use of Nevada residents for its Gigafactory workforce is clear from the numbers. Although the state only required that 50% of the Gigafactory workforce be Nevada residents, it was important to Tesla to do much more than that, and we have. At last count, more than 70% of the construction workers on site are Nevada residents and that number jumps to more than 90% for the Gigafactory’s production employees, bringing the total percentage of Nevada residents at the Gigafactory to about 80%. These numbers are not subject to dispute. They are regularly audited by the state.