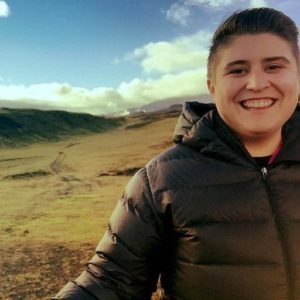 onstance Aguilar, one of the co-founders of The Abbi Agency in Reno, will attend the 2016 Global Entrepreneurship Summit at Stanford University in Palo Alto. Aguilar will be one of approximately 700 participants in the Summit, a gathering of some of the most innovative entrepreneurs in the world chosen from more than 5,000 applicants. Only 100 participants were selected from the United States.

President Obama is the host and featured speaker at the Summit, which runs June 22-24. Other speakers include leading entrepreneurs, investors and business executives from around the world. Aguilar will represent Abbi Whitaker, another co-founder of The Abbi Agency, who was invited to participate in the Summit.

Participants in the Summit represent 170 nations and territories. Approximately 100 of the participants come from each of the world’s major geographic regions. They will be joined by more than 300 investors and supporters of the entrepreneur ecosystem.

“The opportunity to learn from the leading entrepreneurs of the world is one that I never could have imagined,” said Aguilar. “I plan to use this as an opportunity to strengthen the entrepreneurial ecosystem of Reno as well, bringing the lessons I learn home to Northern Nevada and sharing them. One of the goals of the Summit is finding ways that entrepreneurs can help address local, as well as global issues.”

The Abbi Agency, launched in 2008 from a home office in 2008, today employs 23 people in offices in Reno, New York City and Las Vegas. The firm provides public relations, digital and creative services to clients across the nation. The 2016 Global Economic Summit, the seventh installment in a series, returns the event to the United States. Previous Summits also have been hosted by the governments of Turkey, the United Arab Emirates, Malaysia, Morocco, and Kenya.

Hosting the Summit in Silicon Valley will highlight America’s entrepreneurial spirit and allow American investors and entrepreneurs to see the talent, solutions, and opportunities that exist globally, organizers said.

“One of the principal goals of the Global Entrepreneurship Summit is to increase the opportunities available to promising entrepreneurs from around the world through access to capital and mentorship,” said U.S. Secretary of Commerce Penny Pritzker. “By welcoming an unprecedented number of investors to this year’s GES, we are able to achieve this goal and showcase the talent, solutions, and opportunity that exist around the world directly to investors.”

The Abbi Agency enters next generation of new business and...