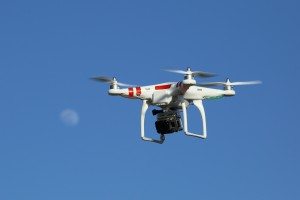 AboveNV, a leading Reno Nevada based drone service company, plans to significantly broaden business in Northern Nevada based on rule changes announced by the Federal Aviation Administration for the commercial use of Unmanned Autonomous Vehicles (UAV). Under the new FAA’s rules, regulations are significantly reduced.

AboveNV is preparing to expand its aerial data collection and processing services. Customers can use this data for industrial inspections, two and three-dimensional mapping, and GIS data analysis.

“The drone market has been hampered by confusing rules and regulations for years.  Its pace of advancement has been suppressed because of the murky legal implications.  These new rules will allow companies like AboveNV to develop and operate their aircraft with less red tape and offer them the ability to expand their business and team more quickly,” said Eric Severance, AboveNV’s advisor.

We are bidding on flight operation contracts for state and federal agencies, research institutions, and enterprise-level partners,” said Kirk Ellern, one of AboveNV’s co-founders. “It’s critical that we develop qualified flight crews to expand our footprint in Nevada, and potentially the nation, as quickly as possible.”

The new rules will be implemented in 60 days.

“One of AboveNV’s roles is to educate the public and potential customers on the new paradigms in geoscience available to end-users.  We can lower operational costs substantially compared to traditional methods.  These new rules allow us to expand our offerings, operate with fewer restrictions, and hire more crewmembers for fieldwork,” said Ellern.

First Symposium To Explore Use of Drones In Search And...

Arts and Cultural Leaders Discuss the State of the Arts