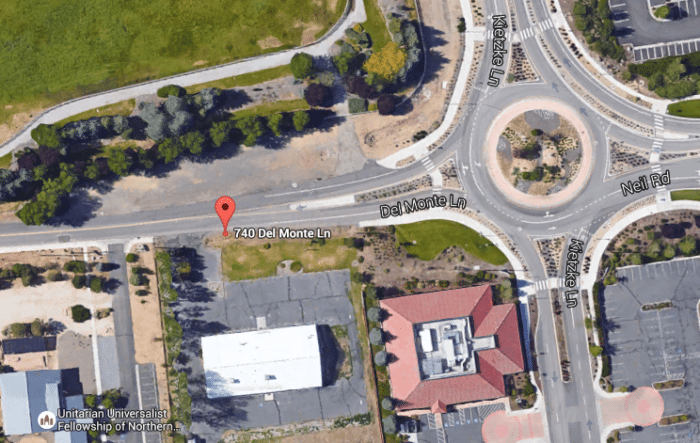 A zoning change and master plan amendment were approved Wednesday by the City Council to make way for an office complex in South Reno near the future Rancharrah development.

The 2.5-acre site owned by the Hansen Family Trust is on the south side of Del Monte Lane west of its junction with Kietzke Lane. It is south of the Rancharrah Planned Unit Development, which recently broke ground and is expected to contain about 600 homes.

Preliminary plans for the Hansen Neighborhood Office Project consist of 32,000 square feet of office space with about a quarter of it being for medical offices. The Reno City Planning Commission indicated in its report to the City Council that it felt the project was compatible with surrounding areas.

“It’s a great location for a few small businesses that would serve the Rancharrah area and those who already live in the area,” Gerald Hansen told Council members.

Sparks firm Solaegui Engineers Ltd. conducted a traffic study that estimated 554 daily trips would result from this project if it goes as proposed. Solaegui indicated about 80 percent of traffic into the office complex would come from motorists driving from the east on Del Monte Lane, and an exclusive left turn lane isn’t necessary based on existing and projected traffic volumes, the study said.