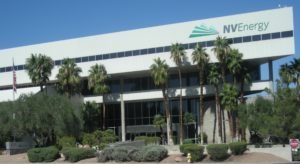 The reduction is because of lower fuel and energy costs after changes made by the utility to have greater access to more affordable power sources, according to a company statement. Most residential electric customers will have their bills decrease by about $1.30 per month while natural gas customers will see a decrease of about $3.50 per month.

Prices are expected to decrease again in October, according to NV Energy. According to company spokesperson Jennifer Schuricht, “rates are lower today than they were in 2007.”

This is the sixth consecutive decrease in March of 2015.