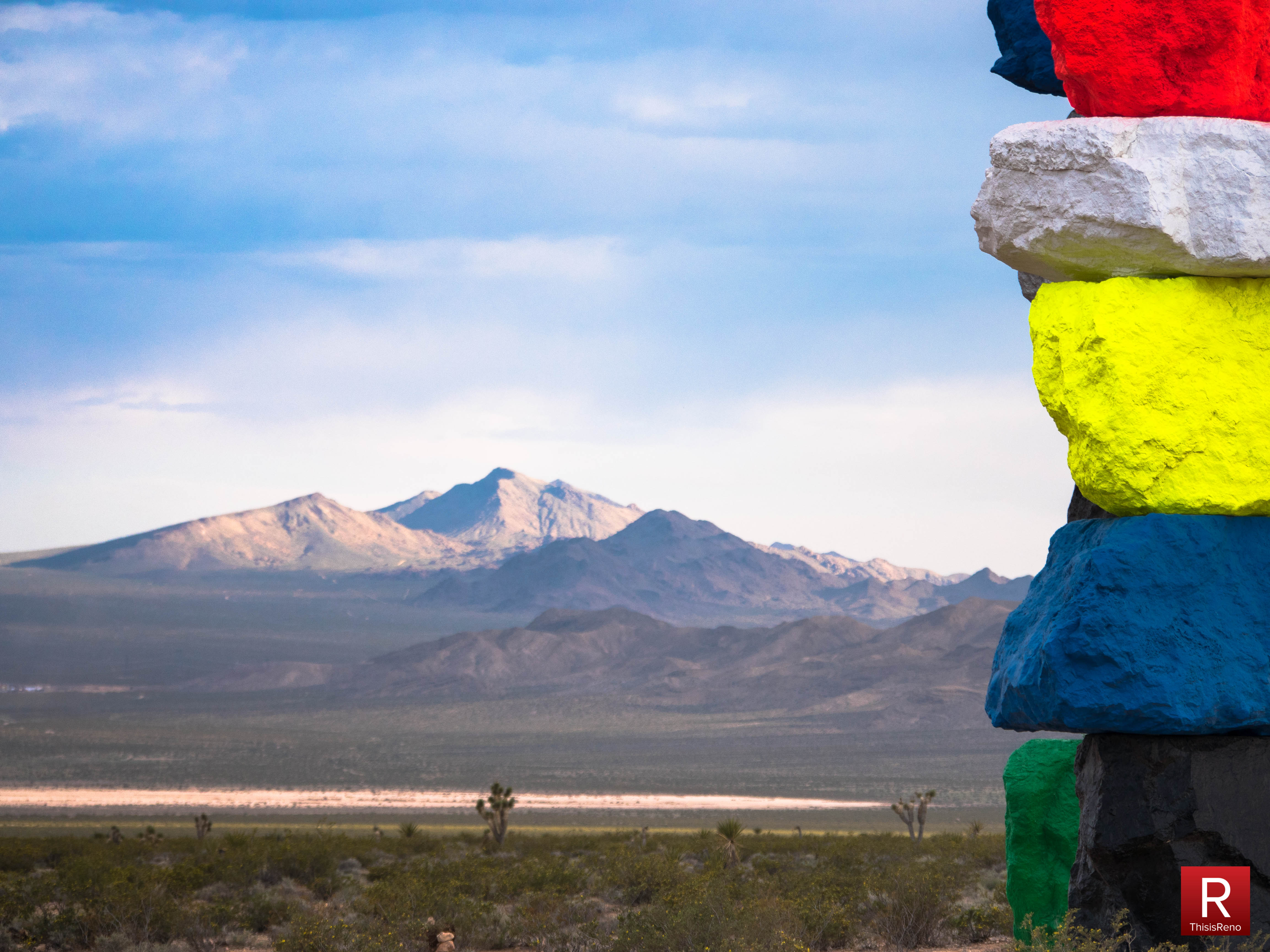 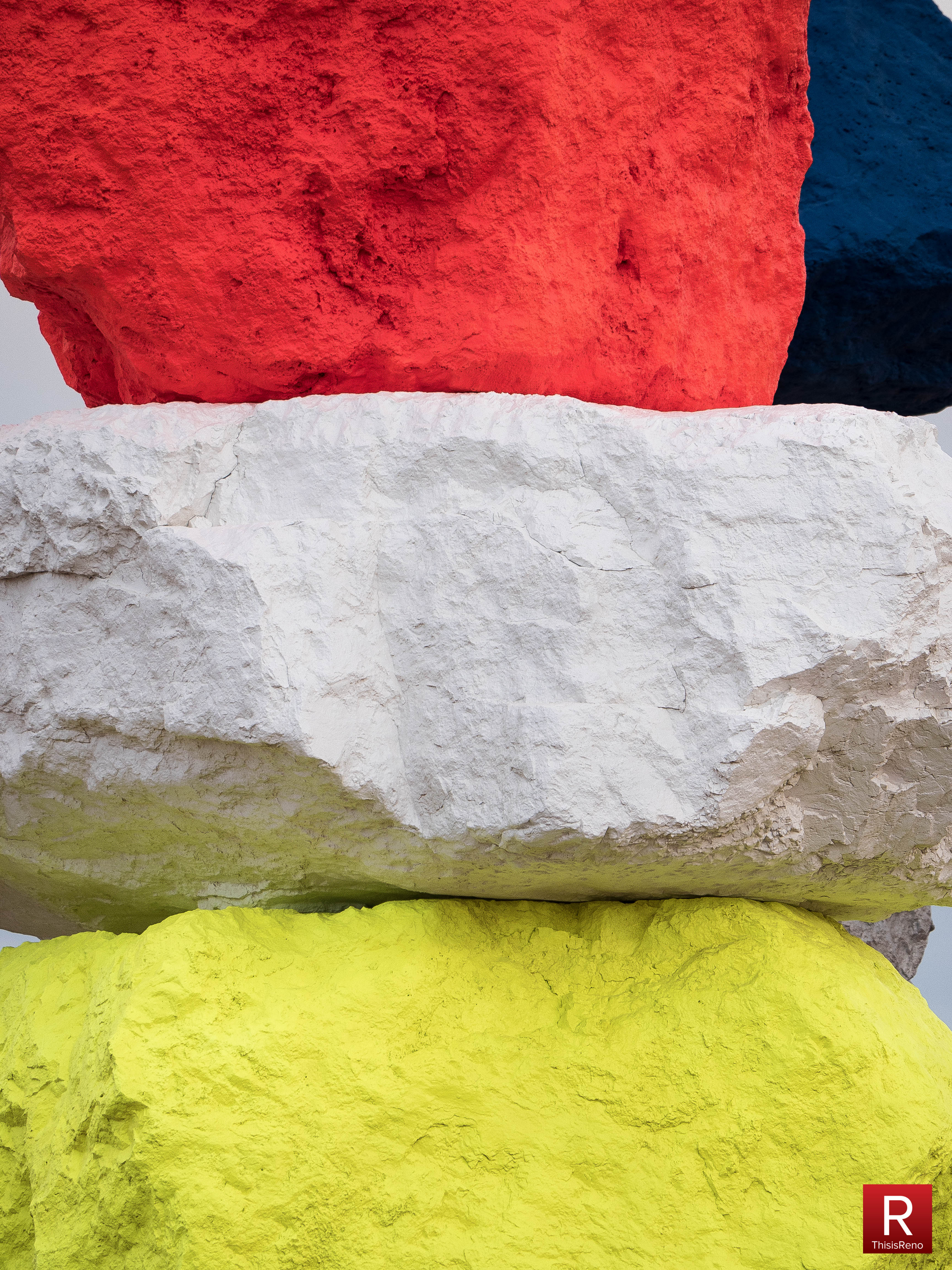 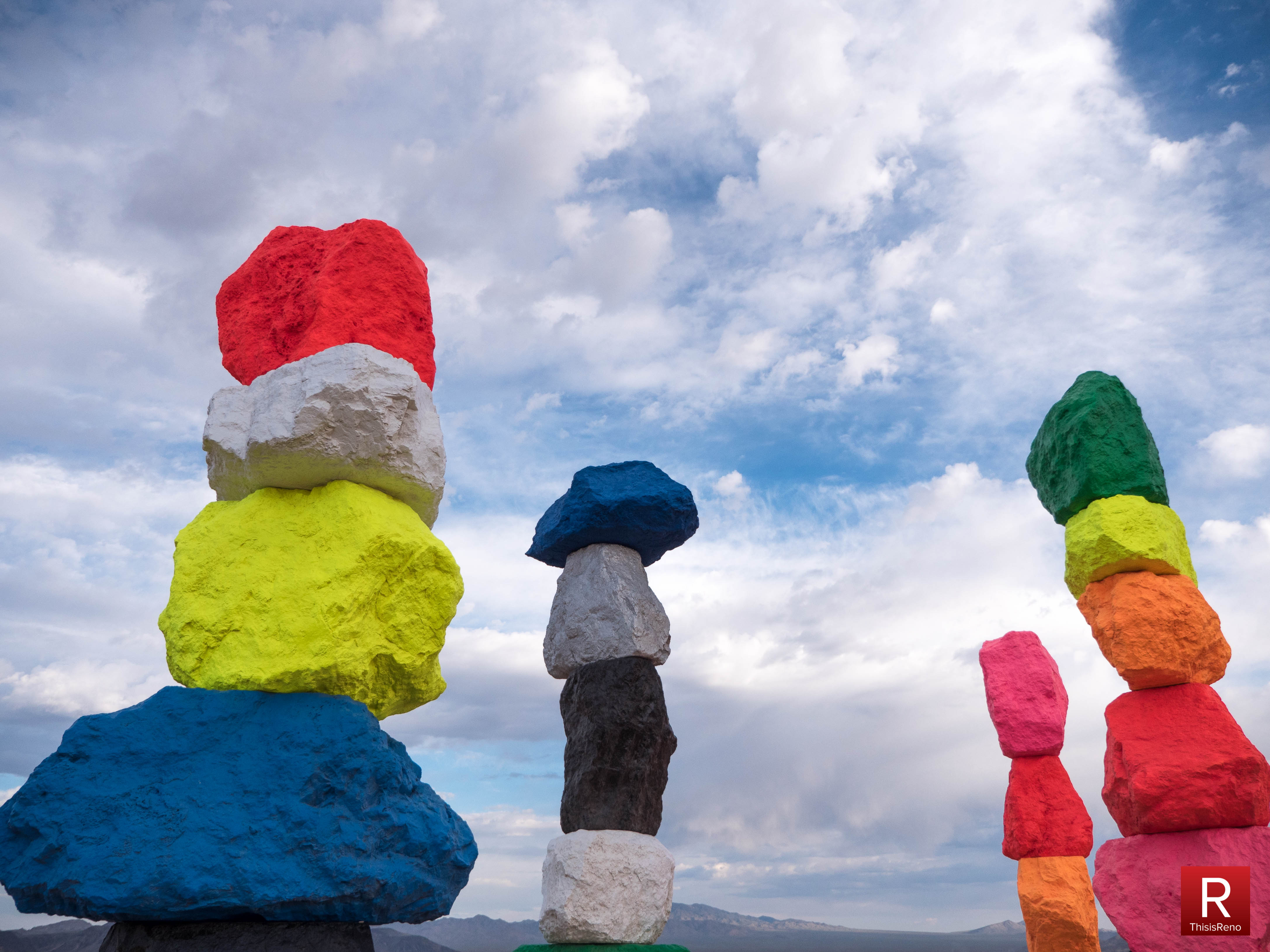 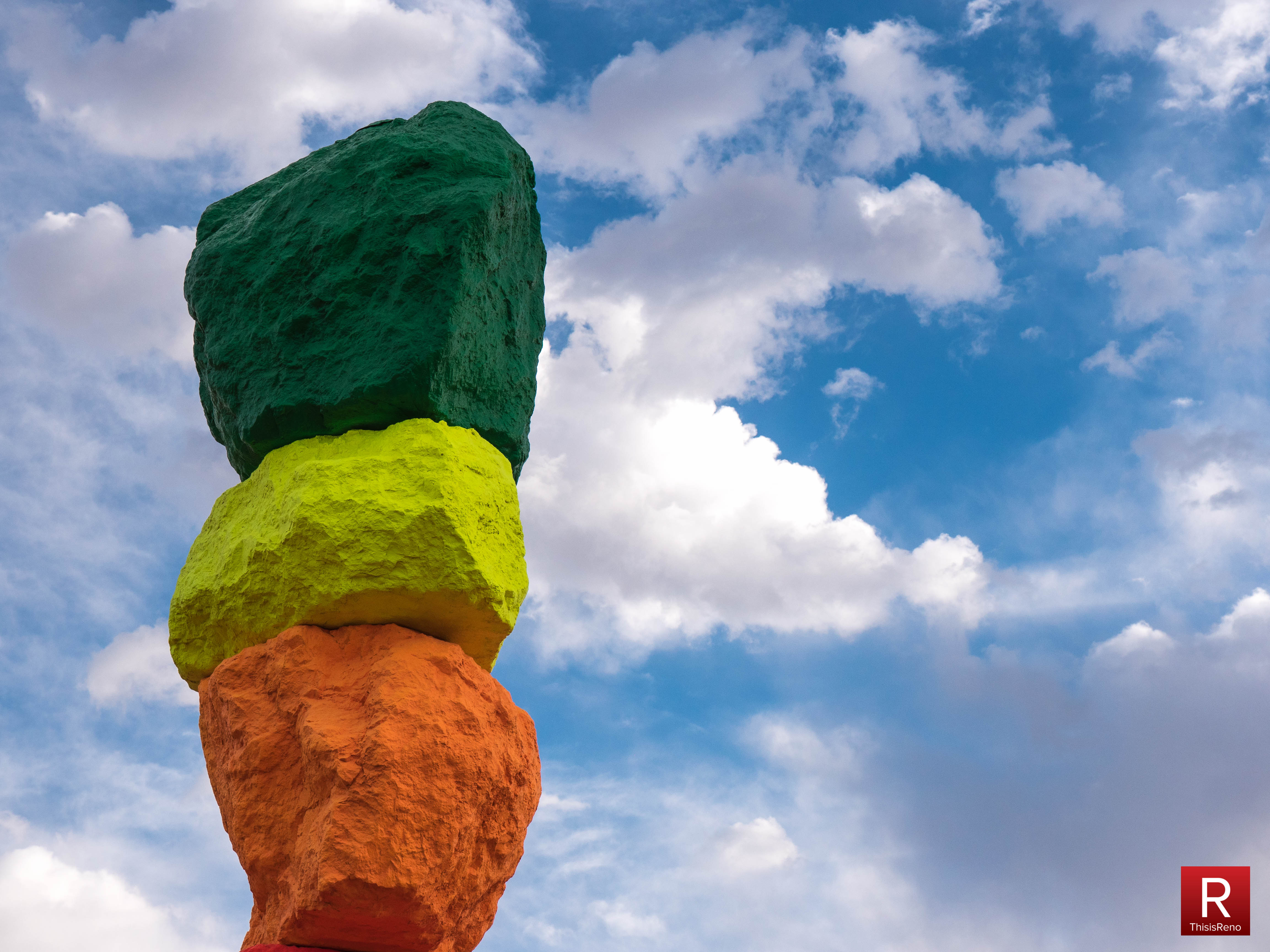 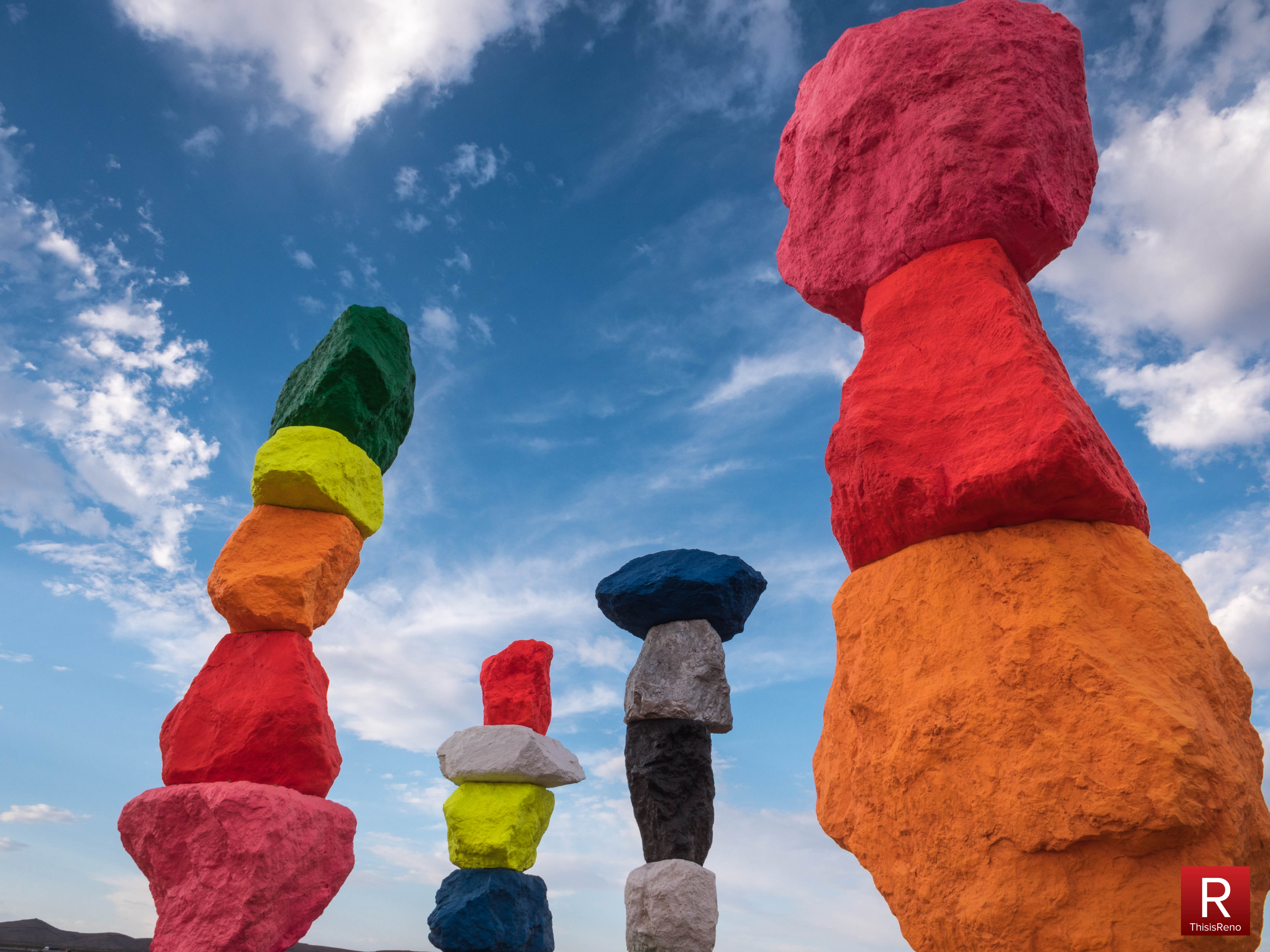 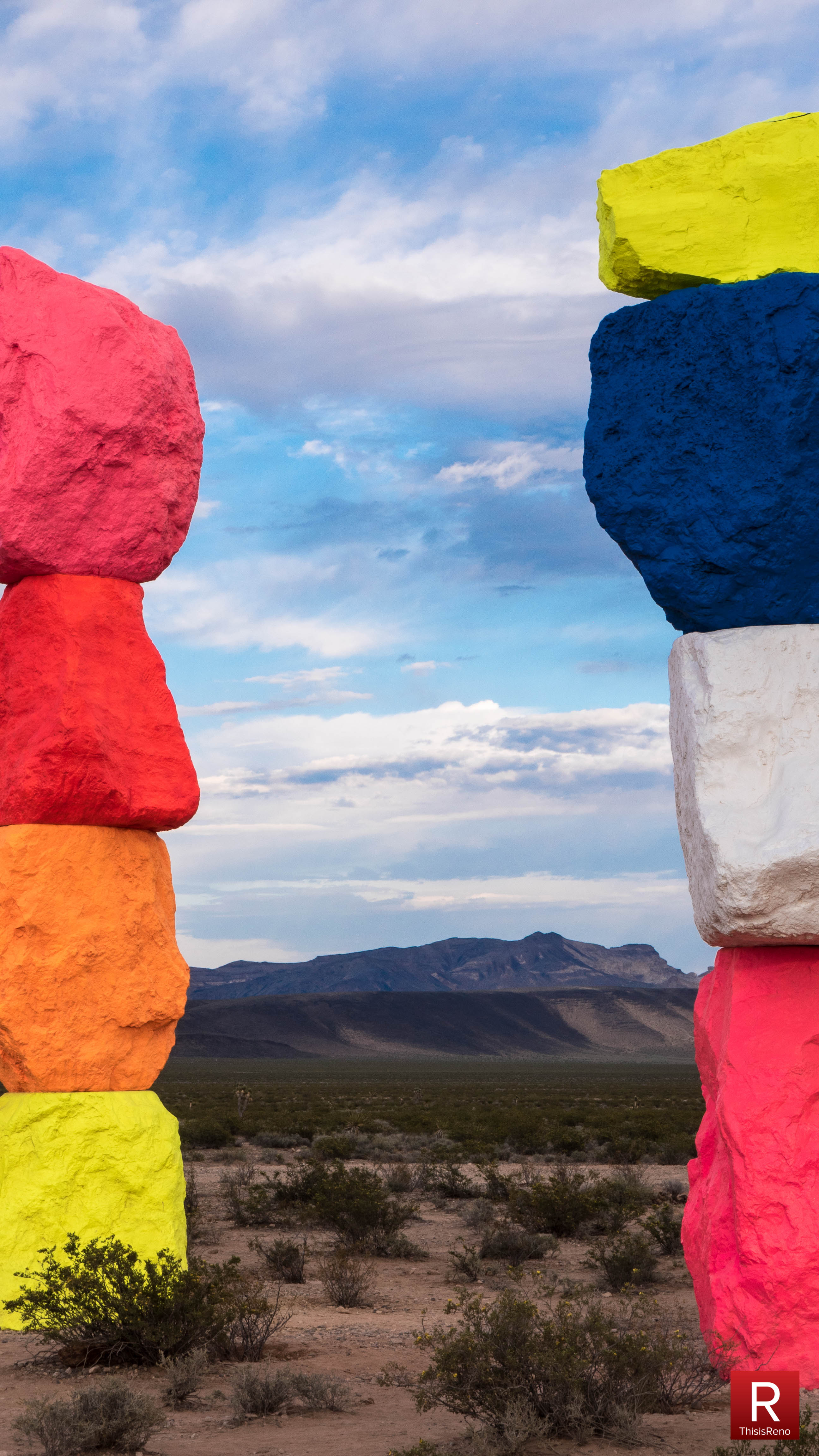 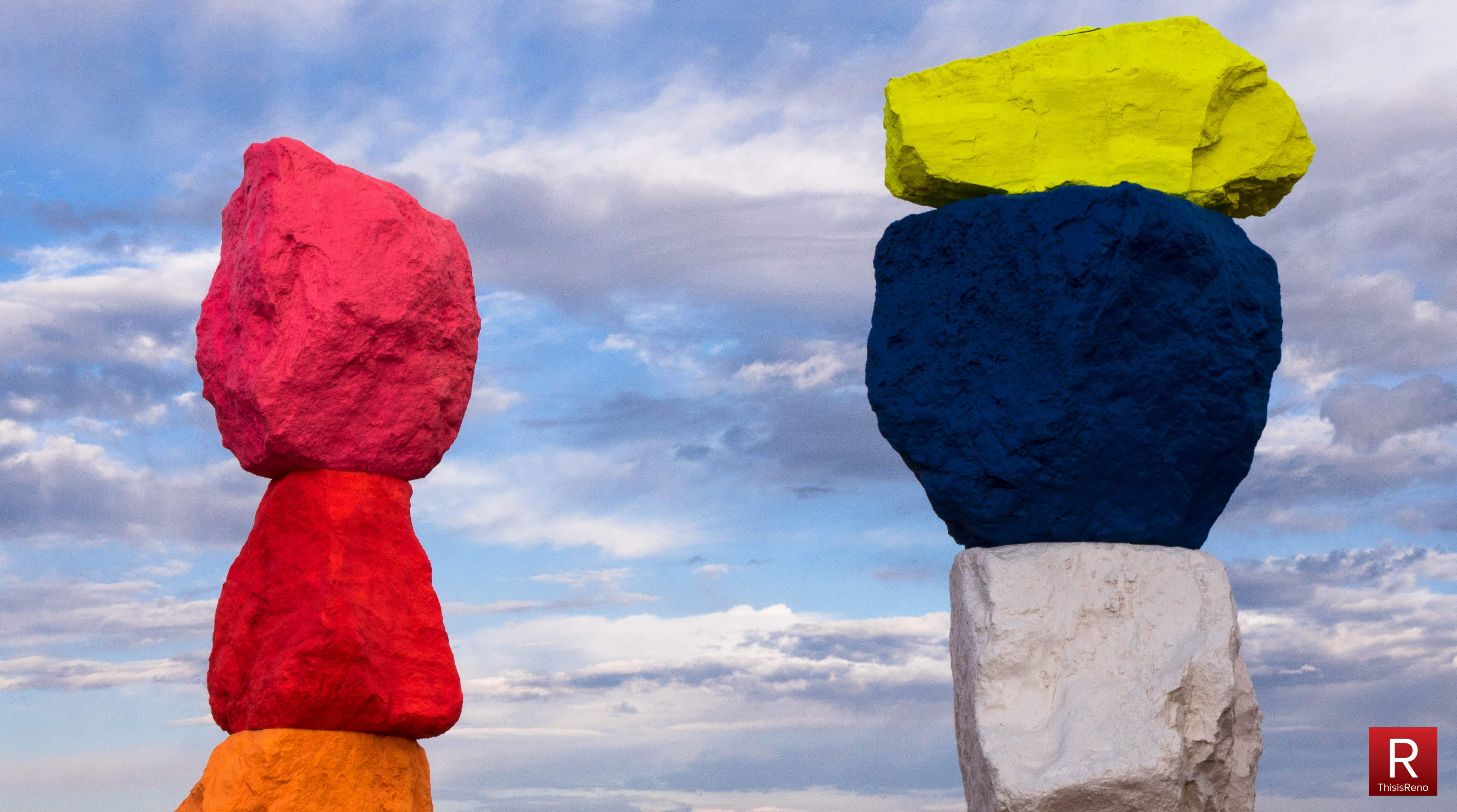 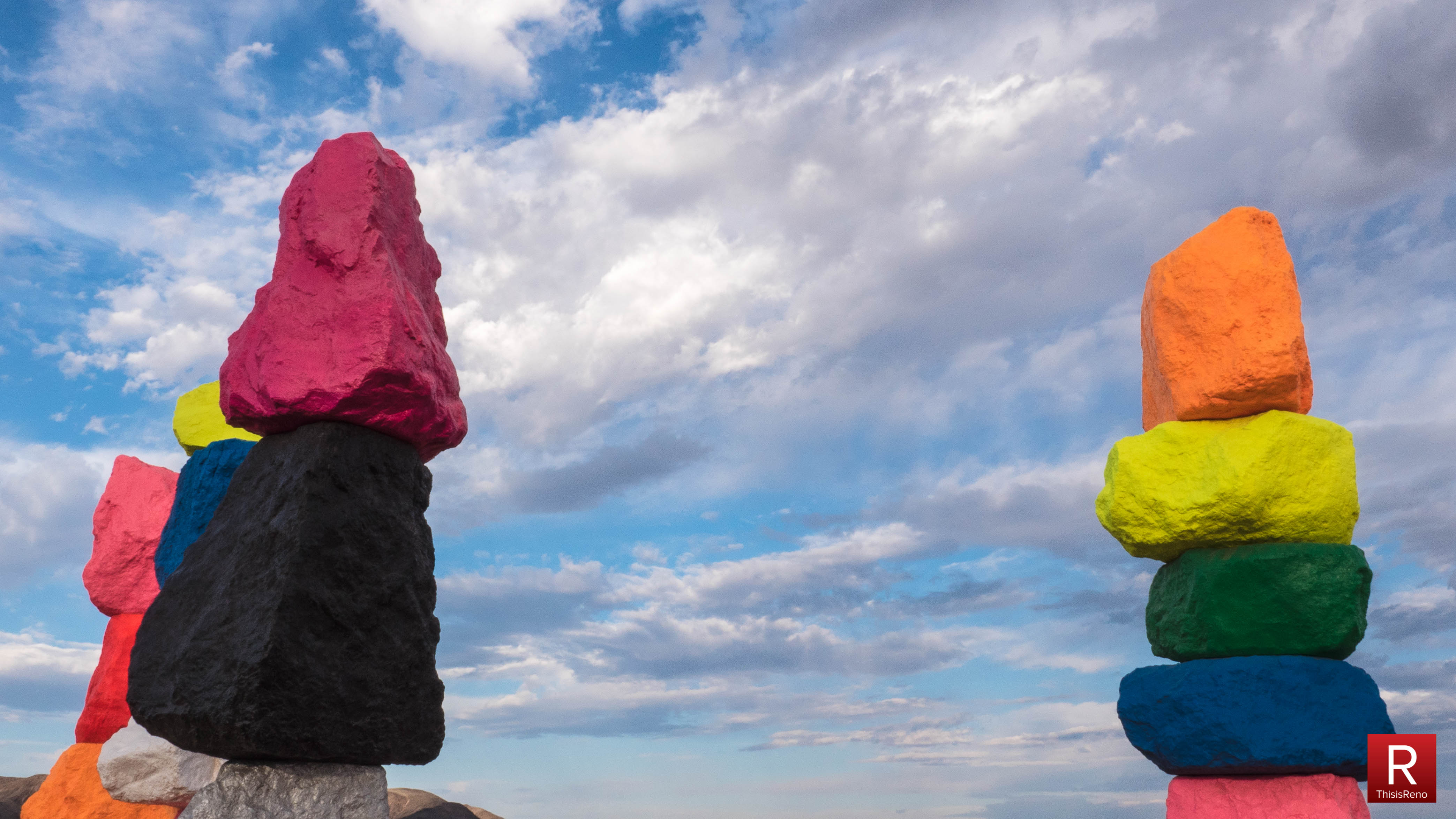 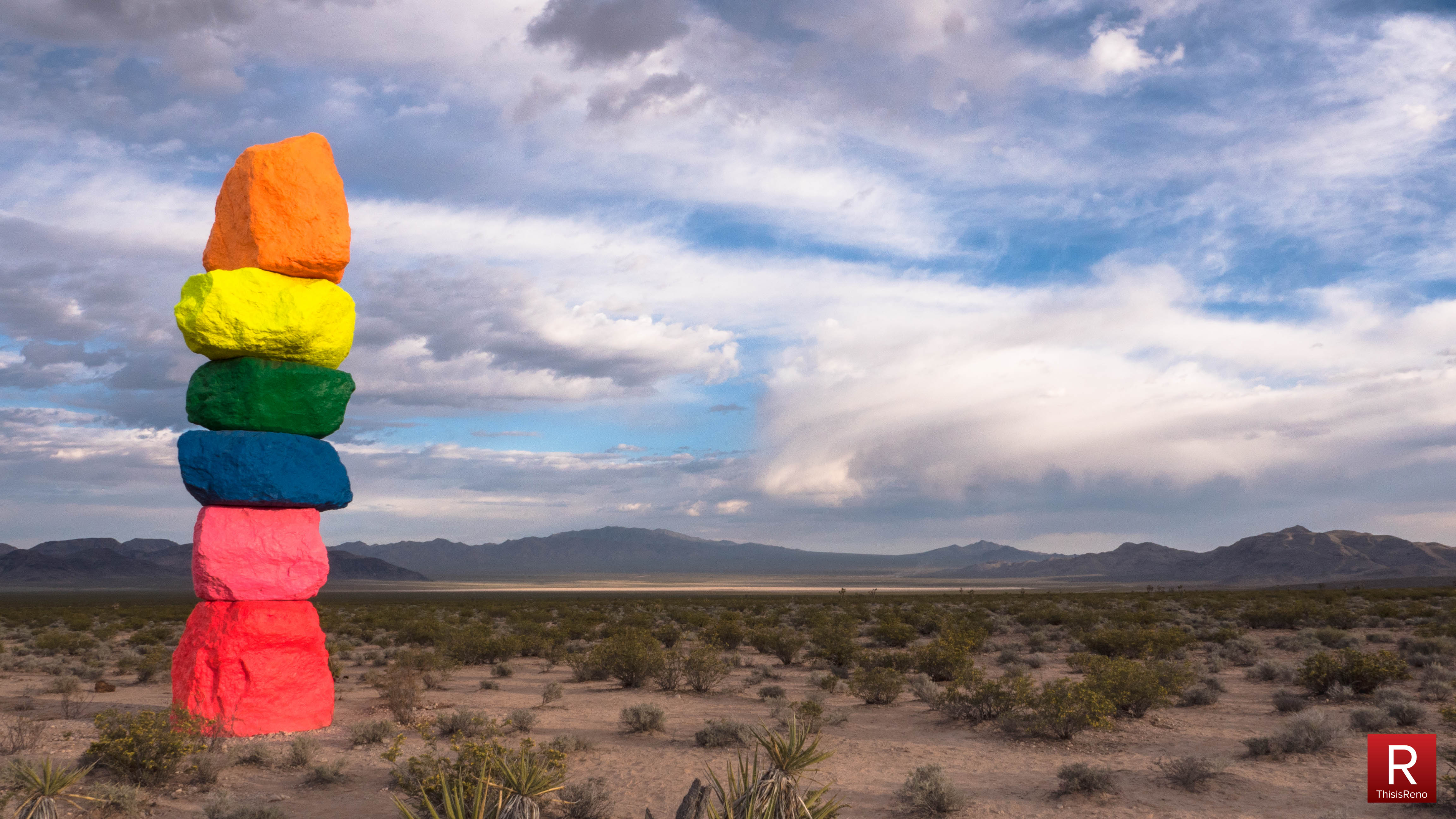 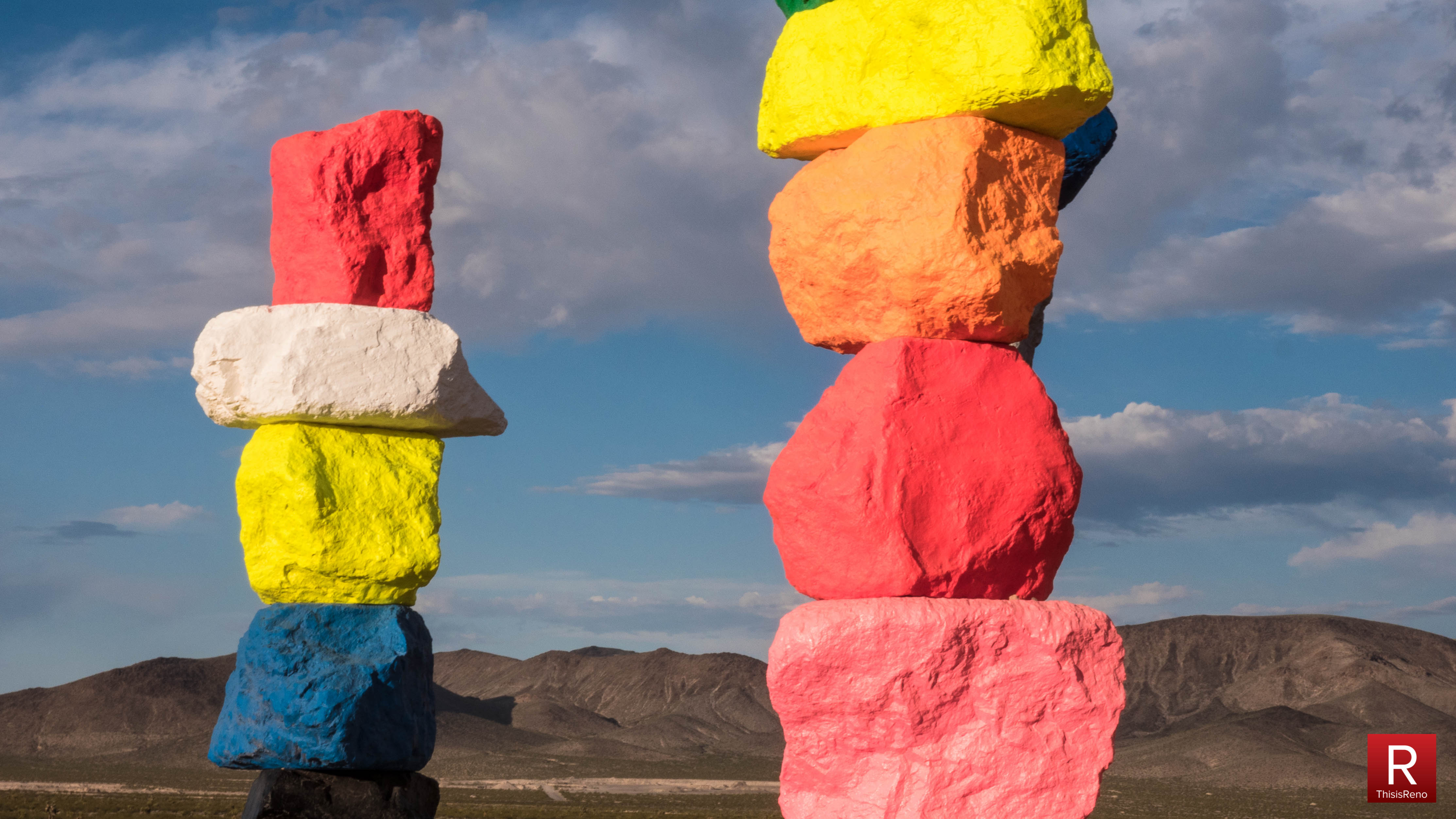 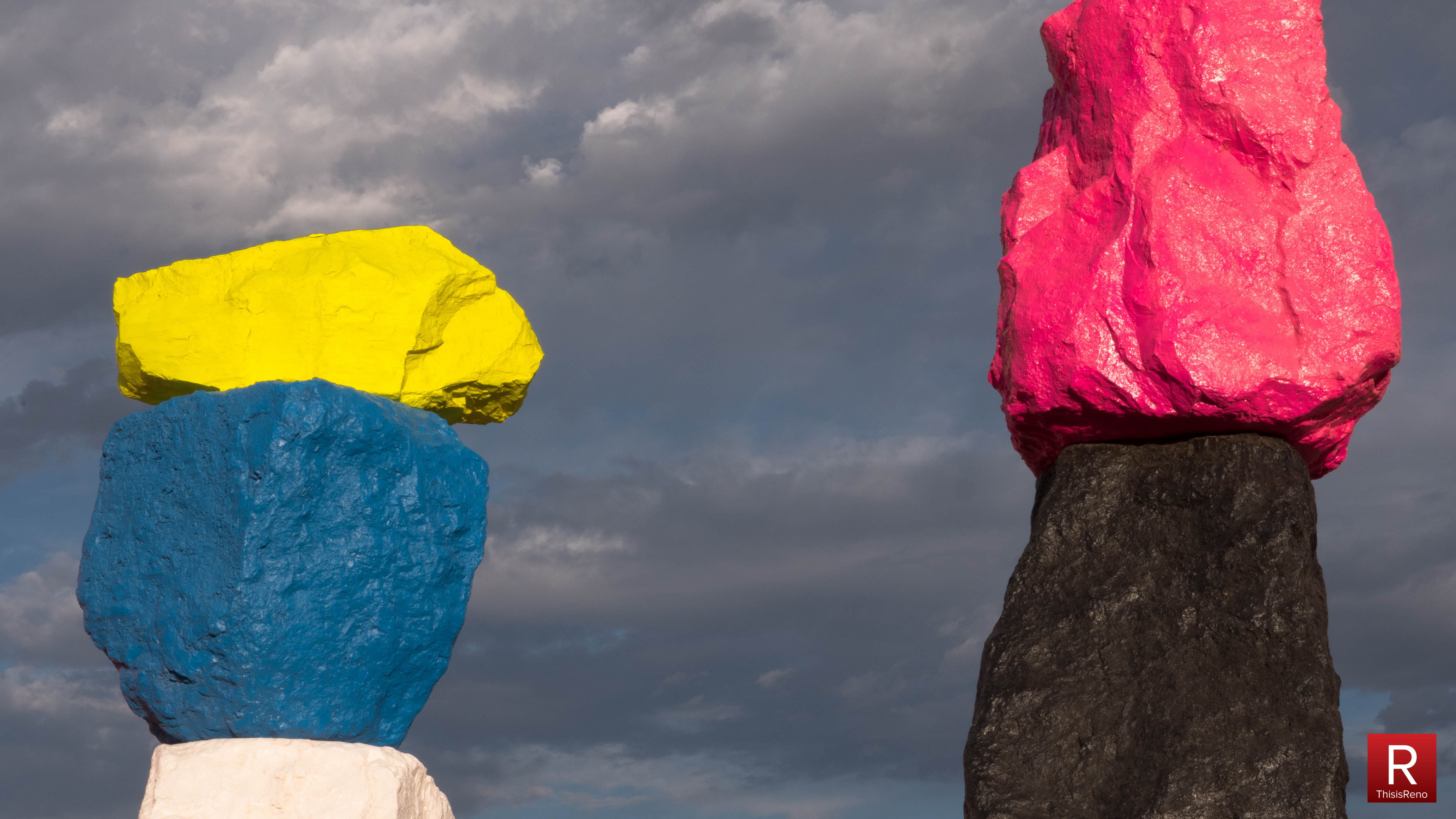 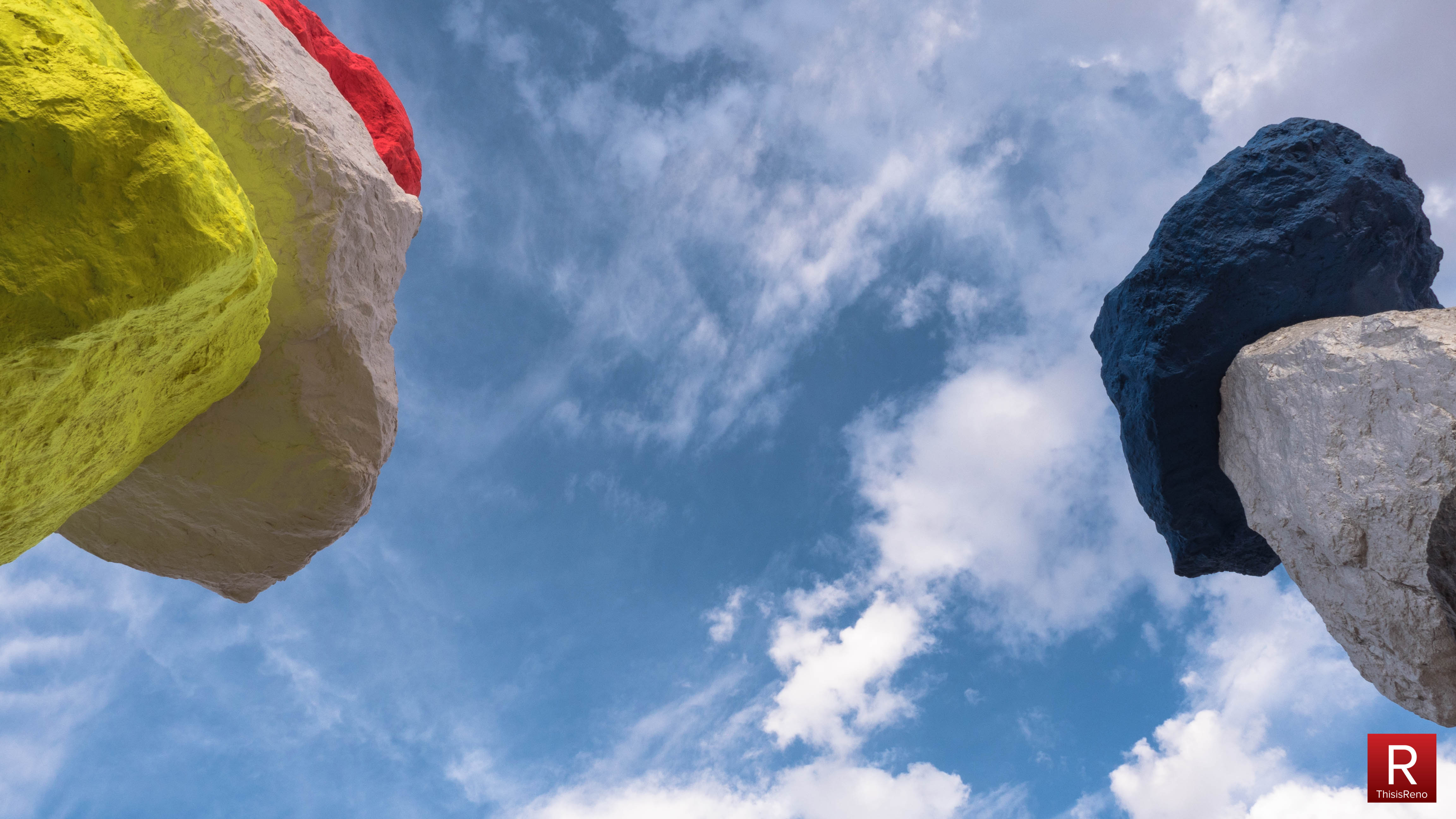 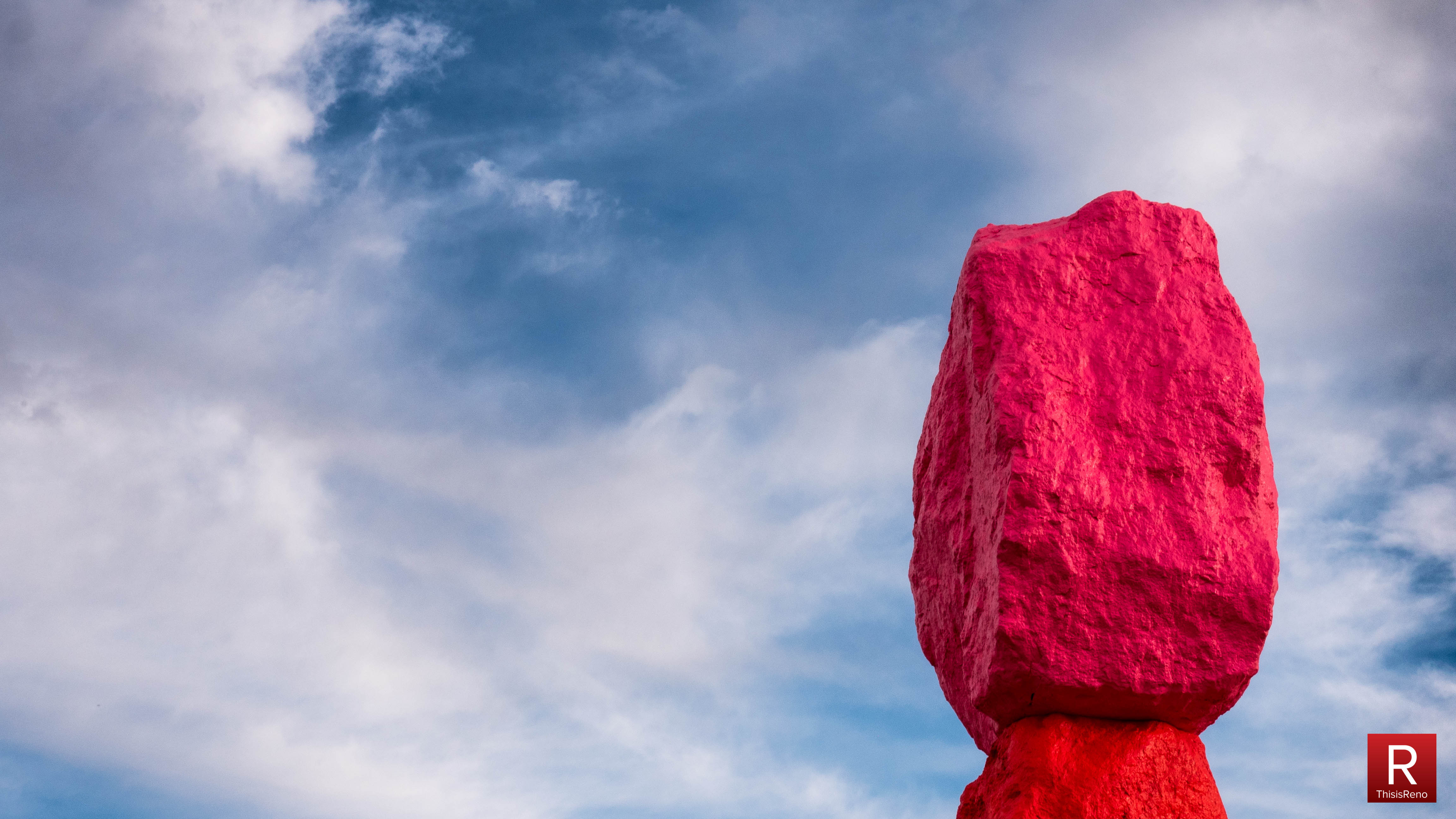 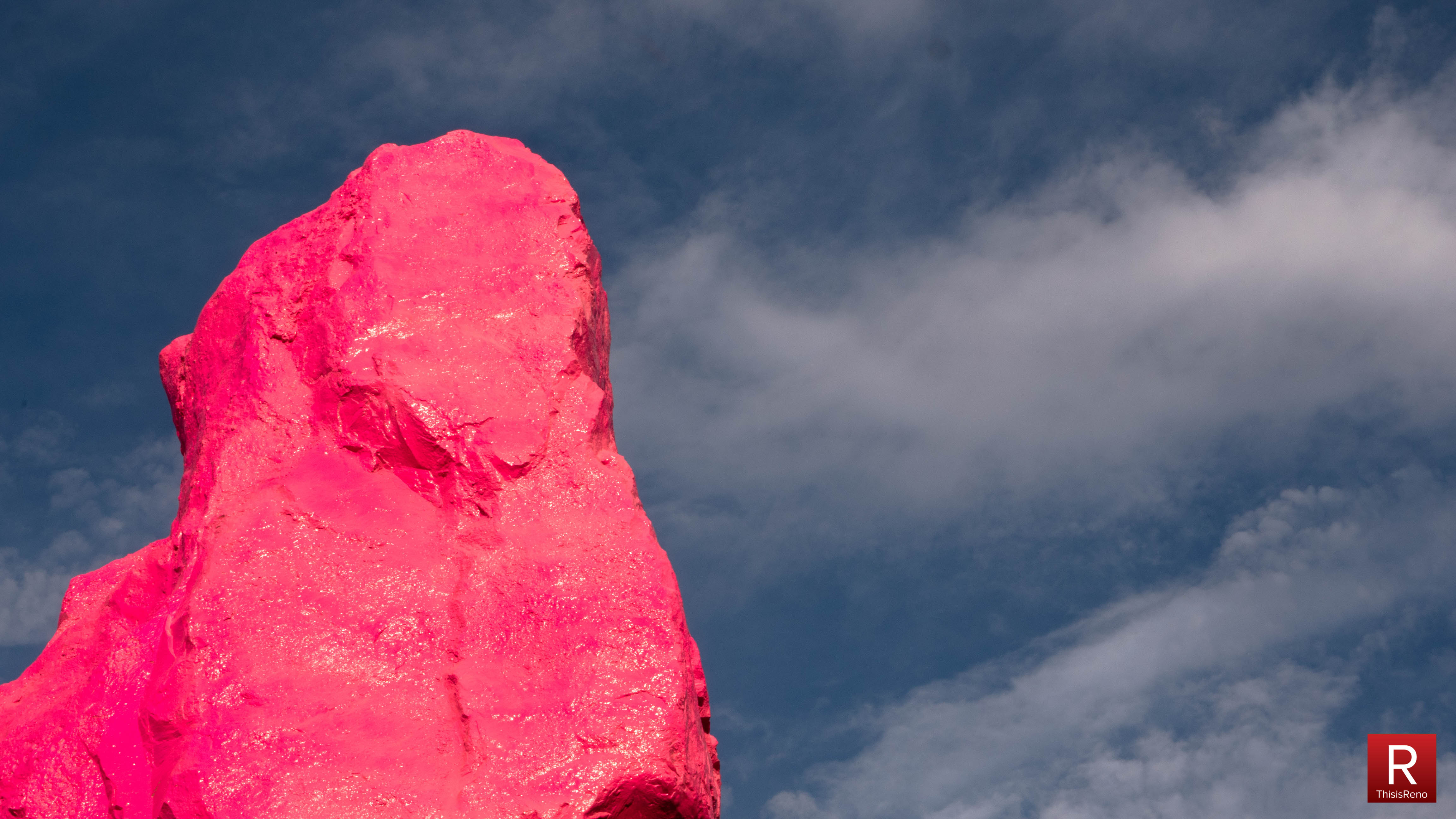 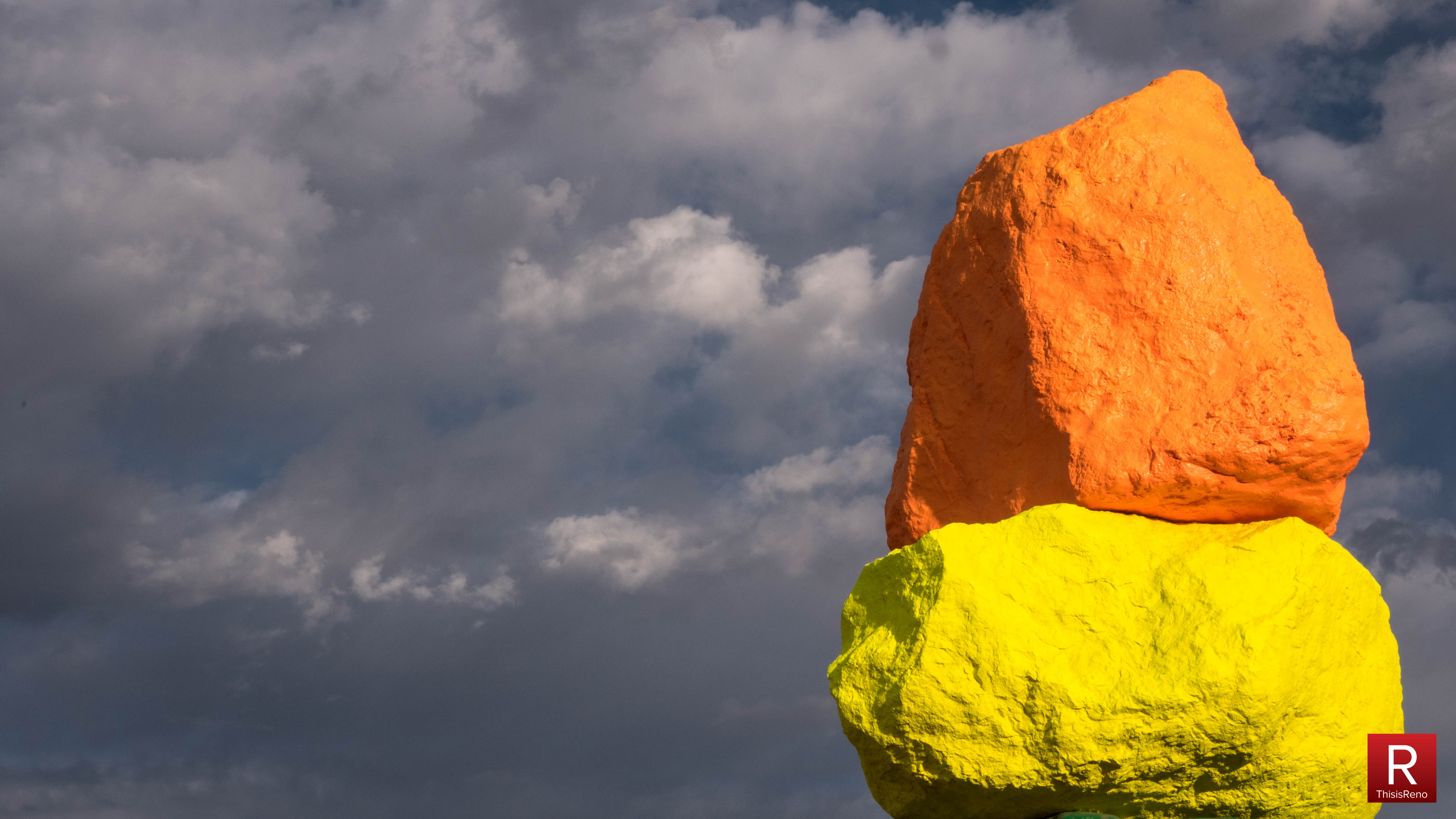 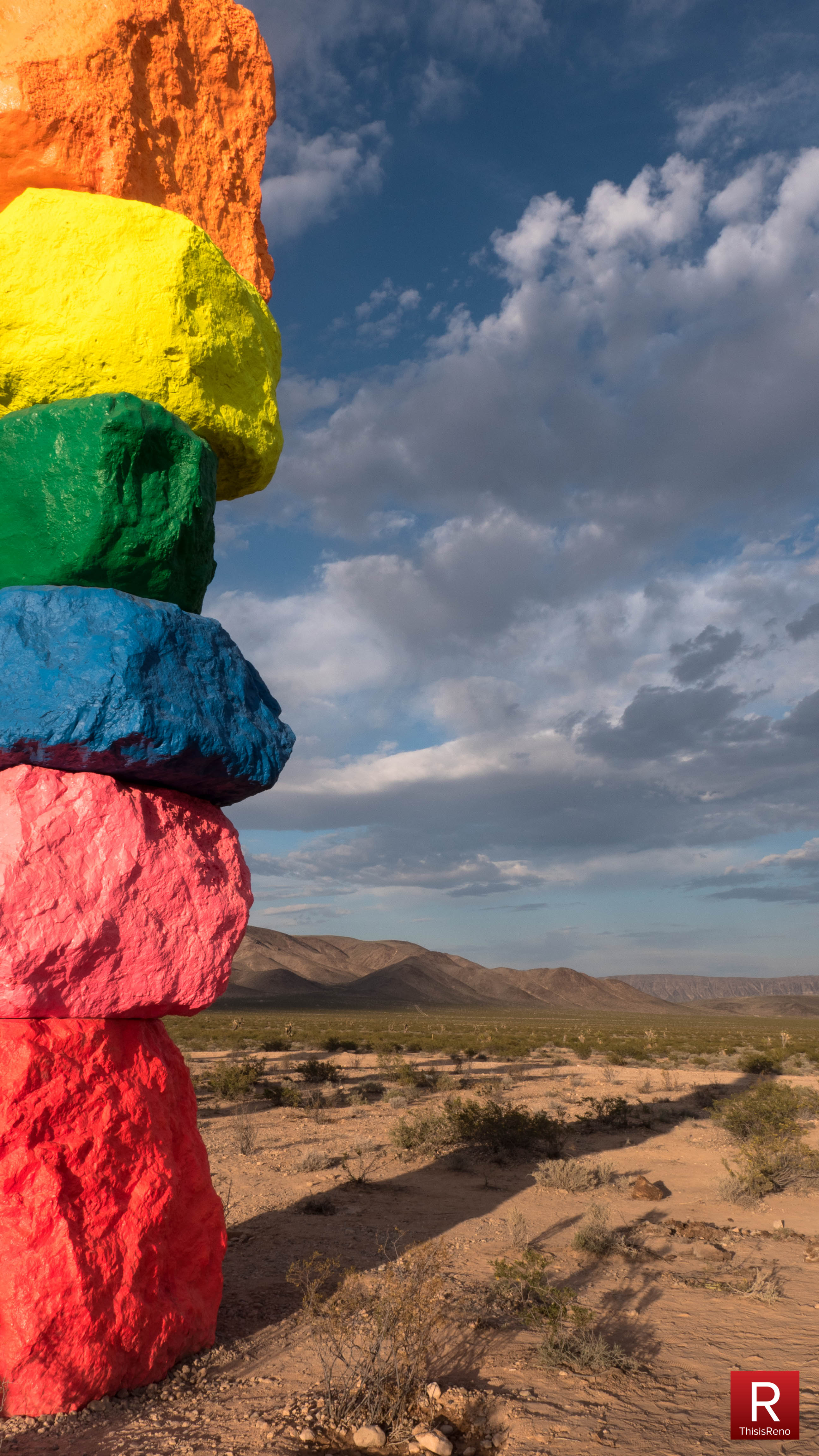 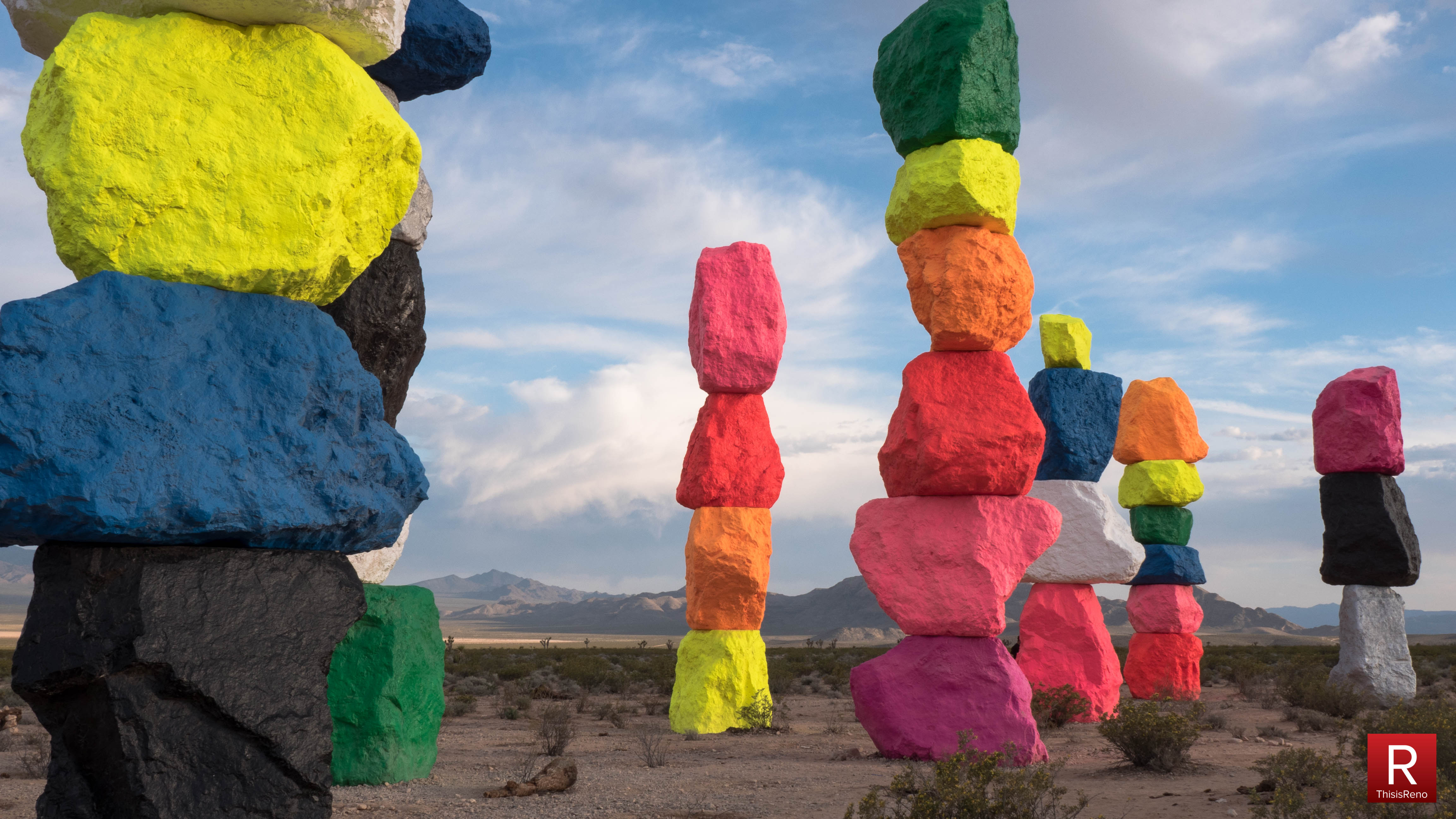 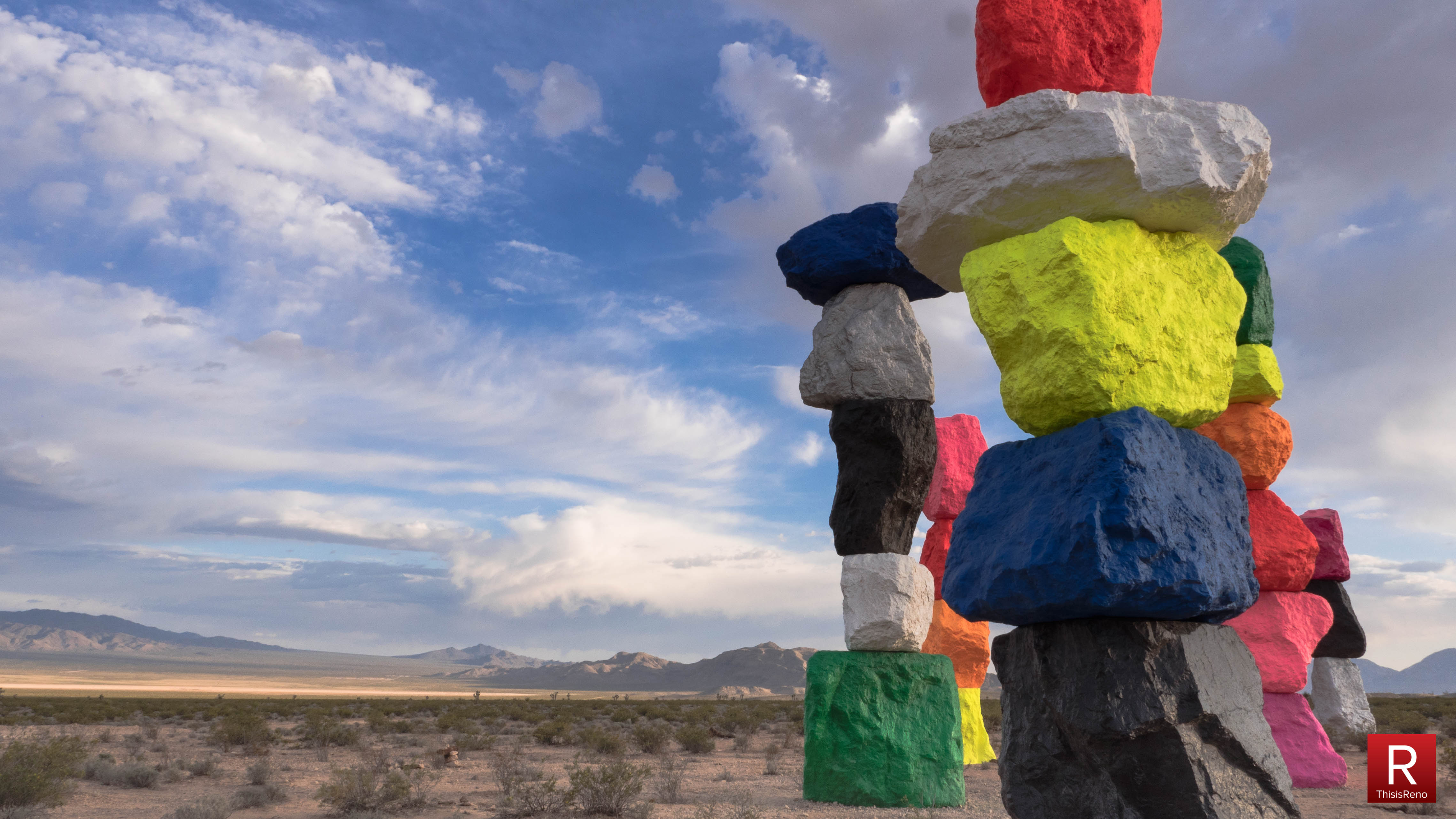 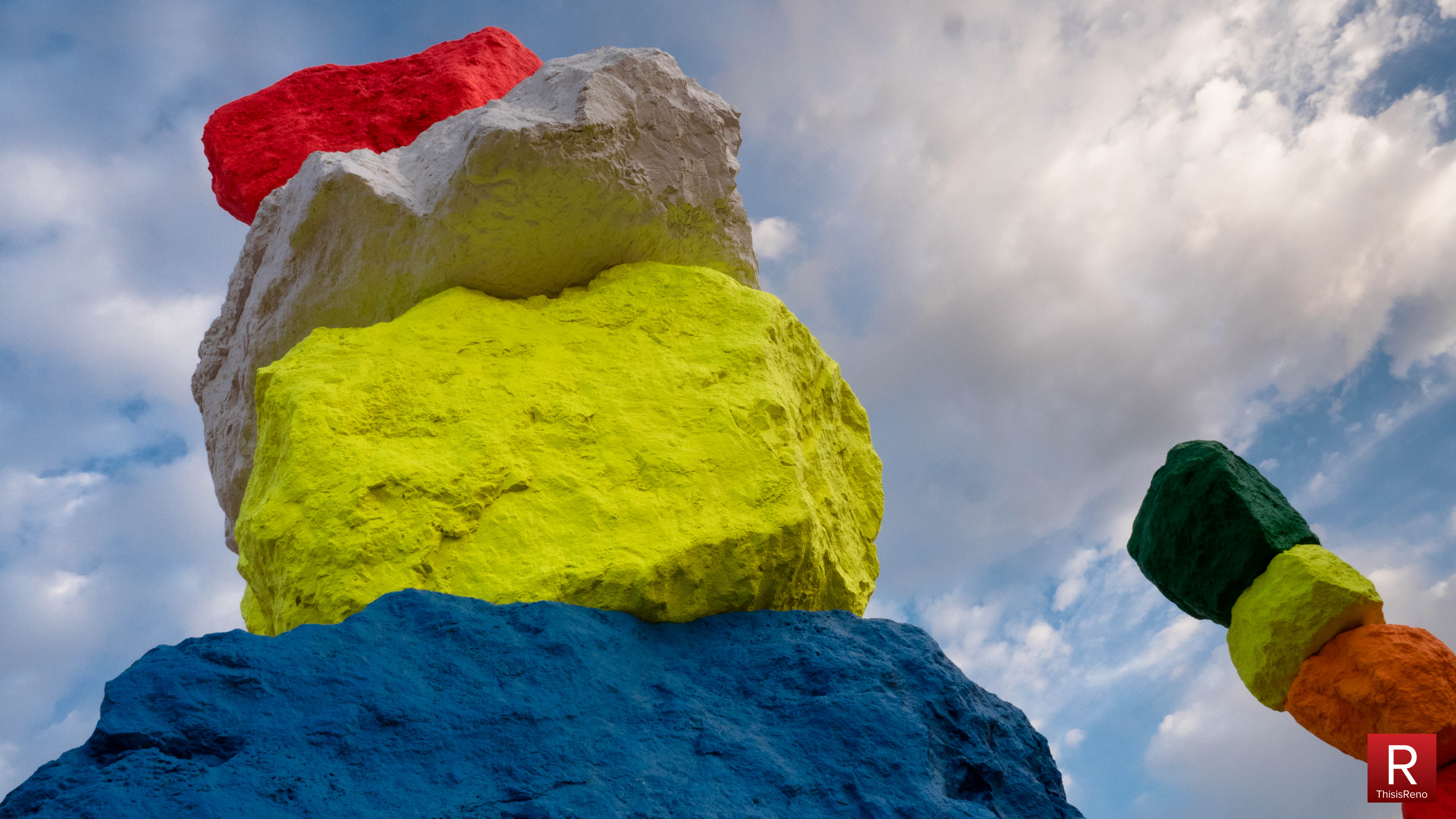 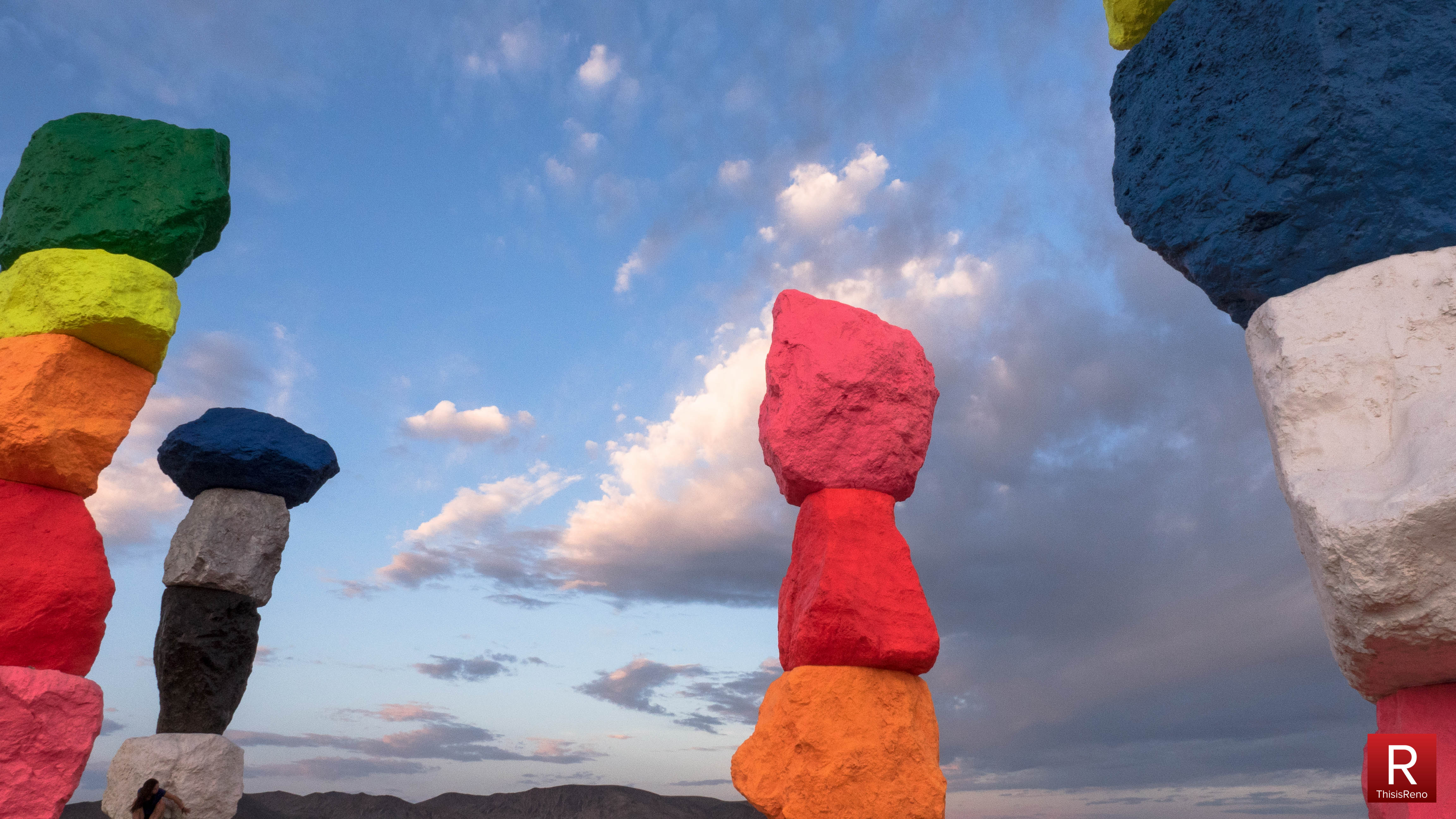 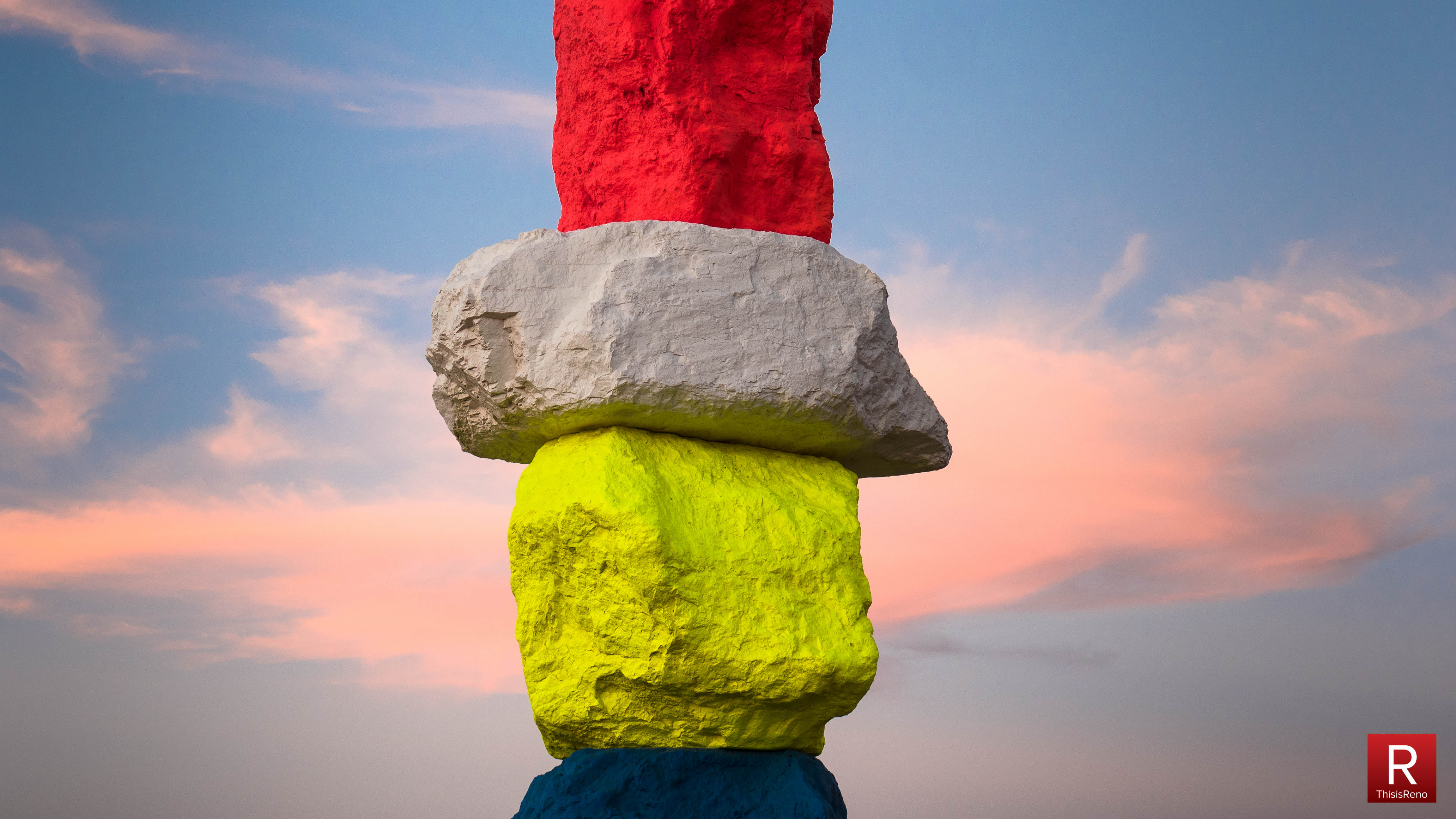 LAS VEGAS — A new public land sculpture installed by the Nevada Museum of Art (NMA) and the Art Production fund is quickly becoming a roadside attraction outside Las Vegas.

Yamile Lo Dico and her boys checked out the exhibit on a scorching evening near Jean, Nevada last week. The last minutes of daylight highlighted several giant colored boulders while her children explored all there was to see on the path to the towers.

“Mommy, there’s a snake in there!” her child screamed as they were heading toward the installation. Yes, snakes are found in the area, and signs are perched in brush warning of such.

For many who visit the site, the towers are selfie magnets. The hashtag is #sevenmagicmountains (or #7magicmountains), and Instagram has a constant stream of photos, one of the ways NMA is tracking visitation to the site.

The Seven Magic Mountains are more than 30 feet high, and you can see them in the distance from Interstate 15.

NMA’s Amanda Horn said the sculpture builds upon previous land art that appeared in the area historically, including petroglyphs.

“You look at … the earliest examples of humans engaging with the environment in a creative way, and then you have this contemporary notion of land art making these big gestures outside of museum or gallery walls in the landscape,” she said.

Ugo Rondinone is Seven Magic Mountains’ creator. His work is recognized for blending the natural and artificial, which is why he placed the multi-colored boulders by both the nearby interstate and a dry lake bed.

As visitors gather around them, the Seven Magic Mountains become more than an art exhibit but also a participatory attraction that enables direct interaction — playing, posing, touching, climbing, exploring — to the delight, and maybe  bewilderment, of visitors.