By Chris Moran June 21, 2016
The Great Reno Balloon Race is one of many summer/fall events in Nevada. Photo: Sydney Martinez/TravelNevada 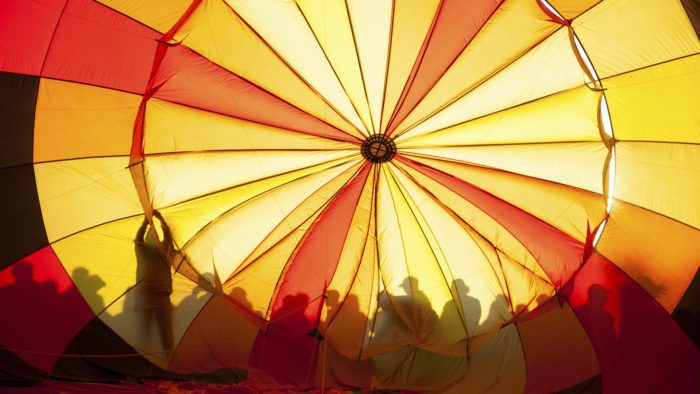 The Great Reno Balloon Race is one of many summer/fall events in Nevada. Photo: Sydney Martinez/TravelNevada

CARSON CITY, N.V. – Summer in Nevada brings races, festivals and shows – but none of them typical. The races involve ostriches; the festivals are pop-up metropolises; and the shows have stunning backdrops like Lake Tahoe. Nevada invites memory-makers of all varieties to experience epic summer fun like they never have before. For a full listing of events, visit www.TravelNevada.com.

Artown, Reno, June 30 – July 31, 2016
Anyone visiting Reno in July will experience the Biggest Little City differently than visitors at other times of the year. Every July, Reno becomes Artown, a month-long festival with an emphasis on “art.” The annual festival features more than 500 multidisciplinary events. From musicians to actors to artists, Reno’s own creative talent is on display for people to see and enjoy. Most of the events are free to the public.

Lake Tahoe Shakespeare Festival, Incline Village, July 8 – Aug. 21, 2016
Each summer, nearly 25,000 patrons watch classic theater productions against the stunning backdrop that is Lake Tahoe. The Lake Tahoe Shakespeare Festival is an annual production of incredible theater performances. With toes in the sand at Sand Harbor, a bottle of wine, a gourmet meal and world-class entertainment, visitors will enjoy a cultured and picturesque evening to remember.

Sacred Visions Powwow, Wadsworth, July 22-24, 2016
As a celebration of its tradition and culture, the Pyramid Lake Paiute Tribe hosts an annual powwow, with dancing, native arts and crafts and a fun run. The 2016 Sacred Visions Powwow will feature drumming group Medicine Thunder of Fort Hall, Idaho. Attendees are encouraged to register as dancers, participate in the drum contest, play the Hand Game and shop the native craft and food booths.

Night In The Country, Yerington, July 21-23, 2016
Music festivals are a dime a dozen these days, but they’re also rarely outside a big city. That’s what makes Night in the Country interesting: it takes place in the middle of a quaint farm town each year and attracts nearly 30,000 people. As if the big-name headliners weren’t reason enough to attend, the festival is also known for its nonstop party as visitors camp out on-site for the duration of the event.

Hot August Nights, Virginia City, Reno and Sparks, Aug. 2-7, 2016
Each year in early August, Nevada is transported back in time to the era of big hair, hot cars and rock ’n’ roll. Hot August Nights, which celebrates its 30th anniversary this year, is a nostalgic, weeklong festival full of the cars and music of the ’50s, ’60s and ’70s. Tribute bands and old engines vibrate the host cities at free events like car shows, parades, drag races and concerts.

Burning Man, Black Rock Desert, Aug. 28 – Sept. 5, 2016
If you’ve never heard of Black Rock City, the reason is that it only exists for one week each year. Burning Man is perhaps the most unique festival in the world, where tens of thousands of attendees, known as burners, build their own metropolis at the end of the summer with a focus on art and community. Burners are governed by the 10 Principles of Burning Man, including self-expression, gifting and most famously, leaving no trace, meaning that anyone who shows up to Black Rock City on Sept. 6 will never have known it was there.

Best in the West Nugget Rib Cook-Off, Sparks, Aug. 31 – Sept. 5, 2016
End summer with a bang at the biggest barbecue festival in the country. Hosted at the Nugget Casino Resort, the Best in the West Nugget Rib Cook-Off welcomes two-dozen world-renowned barbecue chefs as they prepare more than 240,000 pounds of ribs for the hundreds of thousands of hungry attendees. With full bellies, attendees also can watch the Nugget World Rib-Eating Championship, enjoy dozens of bands and quench their thirst in the Beer Garden.

Great Reno Balloon Race, Reno, Sept. 9-11, 2016
In its 35th year, the world’s largest free hot-air ballooning event will entertain more than 120,000 spectators with a beautiful display of nearly 100 interesting hot air balloons. Colorful, animal-shaped and even glowing balloons fly across the sky each year at the Great Reno Balloon Race in an event that’s free to all.

International Camel & Ostrich Races, Virginia City, Sept. 9-11, 2016
The event started as a joke in 1959, when the Territorial Enterprise newspaper published a spoof about a camel race in Virginia City. The town brought the story to life, and the International Camel & Ostrich Races have occurred annually ever since. Races start each day at noon, but this year, festivities begin at 10 a.m. at Midway, where visitors can play games, rock climb and even ride camels.

Tour De Tahoe – Bike Big Blue, South Lake Tahoe, Sept. 11, 2016
For cyclists, a great trail can’t be beat, and what better route than the one around North America’s largest alpine lake? The annual Tour De Tahoe – Bike Big Blue is a 72-mile ride around Lake Tahoe that takes place at the end of the summer. Riders can get in one last long ride for the season while soaking in the stunning sight that is a sparkling Lake Tahoe.

National Championship Air Races, Reno, Sept. 14-18, 2016
At the country’s last air race, the National Championship Air Races, pilots race around poles in a sky-high track meet. Reaching speeds of more than 500 mph, six racing classes compete in front of 150,000 spectators. Famous pilots and crews like the Blue Angels, Jim Peitz and the Wings of Blue will perform graceful and impressive flying maneuvers reminiscent of synchronized dancing. The most extraordinary military aircraft, such as the C-17 Globemaster III and the C-130 Hercules, will be on display for attendees to see and touch. Fans of Goose and Maverick will be in aviation paradise at this annual event.

Silver State Classic Challenge, Ely, Sept. 15-18, 2016
Drivers with a need for speed can hit 180 miles per hour legally at the Silver State Classic Challenge. Experienced drivers can even race at higher speeds in the unlimited class – the event’s record is 212 miles per hour. The event, which started in 1988 as a showcase for classic rides, brings in more than 200 drivers each year and even more spectators to see and hear these impressive cars fly by on Route 318.

Vegas Gone Yoga! Festival, Las Vegas, Sept. 17-18, 2016
Yogis and yoginis from around the region flock to Vegas Gone Yoga! Festival each year to connect, both with other practitioners and themselves. The event is held on a beautiful, 180-acre nature retreat just outside of downtown Las Vegas and features 30 workshops and styles of yoga. There is also a merchant area for attendees to shop for fitness apparel and health snacks.

Life Is Beautiful Music Festival, Las Vegas, Sept. 23-25, 2016
No Nevada music festival is simply a music festival, and this one is no different. Life Is Beautiful Music Festival is a celebration of three of life’s most beautiful elements: music, art and ideas. More than 100,000 people gather around Fremont Street in Las Vegas in a spirit of creativity and positivity. The biggest names in alternative music set the mood while attendees dance, listen, meet and create.

Genoa Candy Dance, Genoa, Sept. 24-25, 2016
Attendees of the Genoa Candy Dance certainly experience the cliché “kid in a candy store” feeling at this annual festival; the only difference is that the store is the entire town of Genoa! What started as a fundraising event in 1919 to buy new streetlights for the town has become an annual festival full of delicious, locally made candy. Today, hundreds of people come to Genoa to satisfy their sweet tooth while listening to live music.

For more Nevada travel experiences, visit TravelNevada.com, and for images of these and other Nevada destinations, visit Flickr.com/TravelNevada. Click on the “Albums” link and photos will sort by Nevada town or attraction.

The Nevada Division of Tourism (TravelNevada) is part of the Nevada Department of Tourism and Cultural Affairs. It promotes and markets Nevada as a tourism destination for domestic and international leisure and business travelers through its marketing and advertising programs and by coordinating partnerships between public and private entities. TravelNevada also administers grant programs for local entities to market travel and tourism offerings and publishes Nevada Magazine.

Discover your Nevada – and get a chance at a...