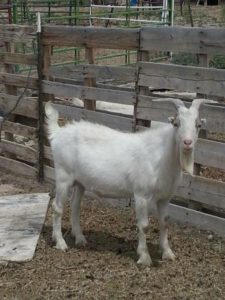 This week we introduce our new format. This episode features news on Reno’s homeless situation, the anti-fracking protest that occurred downtown, an interview with the Museum of Art’s Amanda Horn and the backstory behind the Craigslist goat ad that went sort of viral.

Plus, our arts reporter Dana Nollsch gives us a preview of what is going on this weekend.

Update~Draco now has a good home. It took myself and three other people about two hours of collaborating to catch him, as he par-cored over fences, into neighboring yards, and ran us in circles while laughing at us. Thank you for everyone who sent kind wishes his way. I’m sure he’s a happy boy with some lady goat friends.
Hi all.I have a bit of a problem. And by that, I mean I am the proud owner of an asshole goat.
I love this goat. He was born on my property last summer. He is a white medium sized la macha, not fixed.So here’s the deal. Draco is his name. He’s got the biggest personality I’ve ever encountered, which is why we aren’t just eating him. He’s amazing, obstinate, and hilarious. He knows his name, and gets into a ton of trouble. If he’s doing something bad and you shout his name, he will run home and act like he wasn’t doing anything. He’s smart, he knows when he’s being mischievous. And when I say he runs home, I mean he literally jumps the fence into the goat pen. This goat can clear any fence on the property, including the fences into the neighboring yards. He will jump a series of three fences to get home when you tell him “Draco, go home.” However, he will jump those same fences to get to trees, chicken grain, weeds, etc.There’s good and bad with this guy. Mostly bad because he’s terrible. Here’s a list of bad things that he does:
-Gets out, essentially has free run of the property.
-Can open shed doors to access grain.
-Can sniff out seedlings to nibble.
-Chases ducks sometimes for the fun of it. (Doesn’t hurt anything, just scares them. Still not cool.)
-Stares at you when you yell at him.
-Stands on his hind legs and bottom cuts all our trees to approx. 5’6″.
-Wanders in a perpetual search of weeds and greenery.
-Is 86% sure he is a dog, not a goat.
-Will ruin a family BBQ given the opportunity.
-Will actually take any opportunity to be terrible.
-Jumps any fence.
-Will go into neighboring yards for weeds.
-I’m sorry, he’s just an asshole. It bears repeating. Ass. Hole.

The good things, and there are a few, goes as follows:
-Brings you closer to your neighbors. Have you ever had that “Hi! So my asshole goat is eating your weeds.” conversation with any of your neighbors? Now is a great time to start!
-Great conversation piece.
-Would rather eat weeds above all else.
-Fun, high spirited, hilarious, knows his name. Has a certain flare to his actions.
-Has never shown even a hint of being aggressive towards people or other animals.
-Would be totally okay being an “Only goat” because he wanders by himself all day already.
-Does not smell like many male goats.
-He’s very smart. He’s smarter than you will give him credit for.

Long story short, Draco is one of the coolest goats I’ve had. He’s awesome, he’s just too destructive for me. This morning he tore off the door to the meat rabbit cage to get to the rabbit pellets inside. He didn’t open it, he tore it completely off with his feet. On a side note, I also got to spend my morning catching the rabbits he released. He eats my trees, he eats my garden. He did pull up one flower, but for some reason didn’t like it so it was easy to replant.
We’ve tried keeping him contained. He’s just surprisingly good and escaping. More so than any other goat I’ve had. He’s awesome. Rather than calling the butcher and eating him, first I’d like to see if anyone else will have any better luck with him. I can’t have him releasing my animals and eating my garden and trees.
So anyway, hit me up if you want to take on this monster.

Residents Rally with Police to Apprehend Man Caught Breaking Into...