Keeping Your Pet Safe In The Summer Heat 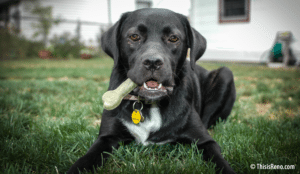 Summer’s officially here! As temperatures rise, it’s important to keep not only your well being in mind, but also your pet’s. Washoe County Regional Animal Services (WCRAS) is reminding pet owners that leaving a pet in an enclosed vehicle, even for a short time, can be deadly.

A dog’s normal temperature is an average of 102 degrees F. Because it can be difficult for dogs to cool off in high temperatures, dogs are more prone to heat exhaustion. Once a dog’s core temperature reaches 104 to 105 degrees, they enter the first stages of heat exhaustion and without intervention could quickly suffer heat stroke.

It’s also against the law to leave a dog or cat unattended in a motor vehicle during a period of extreme heat (NRS 574.195).

“An animal control officer may use any force that is reasonable and necessary under the circumstances to remove from a motor vehicle a cat or dog that is allowed to remain in the motor vehicle.”

A person found in violation of this law could face a misdemeanor charge for animal cruelty and a fine of $635 and/or six months in jail.

Our pets are family – and shouldn’t be for sale...

Junk the Junipers to Prepare for Wildfire Season