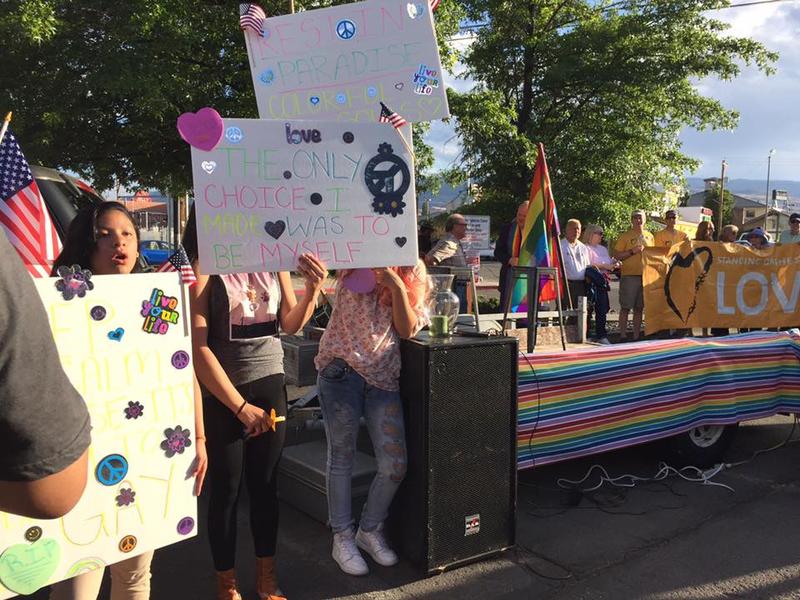 Mourners wept and lit candles at a vigil in Reno Sunday held to honor the victims of the mass shooting in Orlando over the weekend.

Among those who spoke was Mayor Hillary Schieve.

“Right now, it is just having that moment of silence, really remembering the victims, showing that this is a community that’s strong and resilient,” she said. “But it’s important for Reno to do this to show support nationwide.”

Our Center president Jerome Manke says the tragedy underlines the need to continue the push for equality.

Brekhus hits back against Mantle’s challenge of her mayoral candidacy

Mayor Returns Campaign Contributions After Complaint Filed With Secretary of...