Home > News > Critical Mass: The Legend of Pedro And The School Board
News

Critical Mass: The Legend of Pedro And The School Board 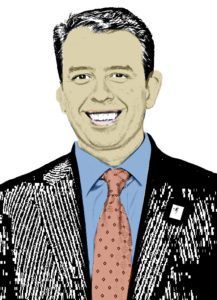 In July of 2012 if you had asked anyone living in Washoe County who the superintendent of schools was, about 50% of them might have been able to answer. If you had asked the same people what were the names of the school board trustees and the margin of error would have been greater.

There aren’t a lot of people in Washoe County these days who don’t at least know who Pedro Martinez was and while they may not still be able to name the members of the board they sure do have a lot of opinions about them.

Since 2012 several board trustees have come and gone, and this November all but one board member will be new. Still, as discussed in last week’s article, “I’m Just a Bond” there are a lot of laws surrounding how we fund Capital Projects — building and repairing schools — and where that money comes from.

As concerns are raised by county residents over how district money has been spent, lawsuit payoffs and current salaries, it’s important to understand not just where the money we get from the passage of WC1 legally comes from but who is legally spending it and how.

NRS chapter 393.392 establishes an oversight committee under the law. An independent committee of 11 non-district, non-board members will comprise the Capital Projects Oversight Committee. They will oversee the planning, design, construction management and financial accountability of Capital Projects.

Who Is On The Committee?

That’s a lot of legalese! It’s not surprising why so many are confused. How do we know that the money from the passage of the bond measure in November will not be poorly spent by the school district and the school board? It’s not simple getting the answer but there is a simple one, the board doesn’t spend it.

People just like us will and that’s what’s really important to know. Whoever the superintendent is today, whoever the board is tomorrow … whether we trust them or not won’t matter in the long run. What matters are the laws that will continue to watch this money long after anyone in the district now is gone.

Critical Mass: The Legend Of Pedro is the fourth article in a series that addresses questions, myths, misinformation, state statutes, the school district and the 2016 bond initiative that will appear on the November 2016 ballot. Read the complete series.