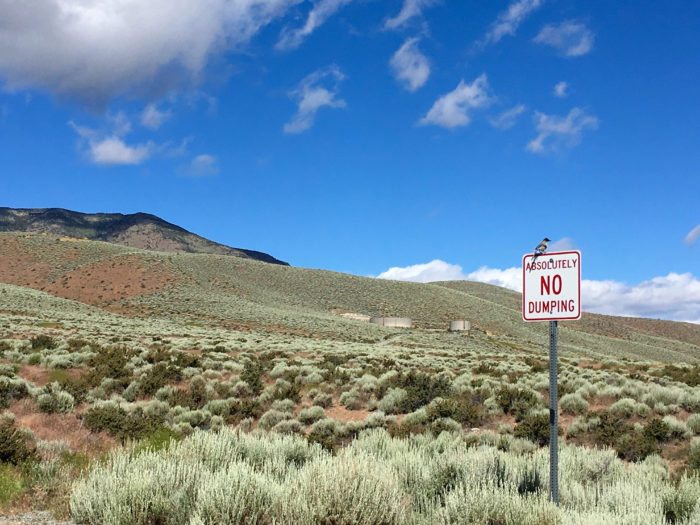 The Washoe Board of County Commissioners approved today the first step that will restrict shooting on certain areas on Peavine Mountain. 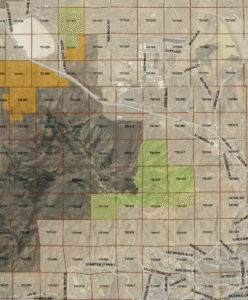 The areas in green are the new, proposed congested areas. Click to enlarge.

Congested-area boundaries will be expanded so that most of the area to the south and east of Peavine Road will now be off-limits to shooting.

A number of people spoke in favor of the ordinance saying that it was long overdue, with some citing bullets whizzing by them while hiking or biking on the mountain.

“The goal is to try and stop this before somebody gets hurt,” said Commissioner Marsha Berkbigler. “What they did was basically put a demarcation trail right along the road. You can shoot on one side and not shoot on the other side.”

The last time the congested-area maps was revised was in 2002.

The county may further revise the map to address some concerns brought up at today’s meeting, such as potentially including the top of Peavine peak as part of the congested area.

The following are County Commission Highlights From Washoe County

Peavine Mountain Congested Area Plan ($3,000)
The congested area maps will be revised and the Community Services Department has hired a firm to conduct a land survey to possibly reconfigure the current congested area.

Washoe County Regional Parks ($500)
The Commission District Special Fund grant was also used to help pay for healthy snacks and water to give the public during the day of the re-opening of the Rancho San Rafael Park multi-use pasture.

Board of County Commissioners approves agreement to operate the Community Assistance Center for the homeless. County Commissioners approved the $2,020,856 Interlocal Cooperative Agreement with the cities of Reno and Sparks for the operation of the Community Assistance Center (CAC). A portion of the money will go toward the addition of new programming to support the year-round overflow shelter, providing a place for the homeless to stay year-round while also providing case management to support individualized needs which increases funding from $1.9 million a year to $2.6 million.

In addition to the recently approved funding for the CAC, Washoe County pays for three full-time case management positions at the shelter.

Washoe County Adult Social Services is a participating agency at the CAC and provides services to assist individuals who are homeless with resources and case management in conjunction with all Washoe County indigent services totaling more than $25 million annually.
The CAC provides a men’s, women’s and family shelter. The CAC served more than 2,500 people during the past fiscal year.

Funding approved to help children and parents in Child Protective Services pay for living expenses. The Board approved $472,650 to help parents and children in Child Protective Services pay for home repairs, rental assistance, utility bills, food and other living expenses. The money will also pay for Christmas and Thanksgiving meals and presents for children, as well as adoption day activities. Adoption days are held four times throughout the year to celebrate the finalization of family’s adoptions before the court. Many who have been involved in bringing a family together gather to witness this final, joyous step to child permanency.

“The thoughtfulness and generosity of the flexibility of these funds not only help families when they need it the most but also helps us to recognize celebrations and the importance of holidays that otherwise might not be special,” Washoe County Children’s Division Director for Social Services Alice LeDesma said. “These families especially enjoy the excitement of holiday meals and presents and their families are deeply appreciative of the help during a sometimes stressful time of the year.”

Pretrial Services began in Washoe County in 1983. The office strives to keep our community safe while respecting the rights of the accused. Pretrial Services interviews recently-booked defendants to determine if they are low-risk and can be released on their own recognizance. The Assessment Pretrial team provides timely, unbiased reports to the presiding judicial authority so he/she can make sound release decisions for qualified defendants, allowing them to maintain life commitments while out of custody.

According to Condon, demand has increased along with the County’s population. Currently, there are three locations that serve the citizens of Washoe County; the Washoe County Sheriff’s Office (WCSO), Sparks Justice Court (SJC) and the Second Judicial District Court (SJDC).
In August 2015, the Nevada Supreme Court initiated a committee to study and implement a validated risk assessment tool, which is an evidence-based tool that predicts failure to appear and re-offense. A new tool, Nevada Pretrial Risk Assessment (NPR), was adopted on May 23, 2016. In addition, Washoe County was chosen as a pilot site, one of three throughout the state, to launch the tool in September.

“I’d like to congratulate the Second Judicial District Court and those working with the Pretrial Services Program for doing such a wonderful job with resources available to you,” Washoe County Commissioner (District. 2) Bob Lucey said. “The new risk assessment tools that you have implemented have been phenomenal and will continue to save taxpayers money.”