AAF Ad People of the Year to be Recognized 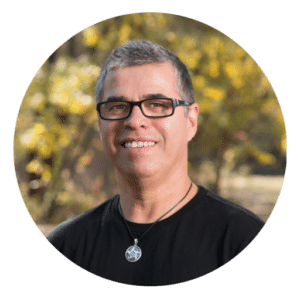 The following professionals or groups were first nominated and are being recognized in the four Ad People of the Year categories:

Promotion Person or Group of the Year: Oliver X

As the president and founder of KPS3 Marketing, Public Relations and Digital, Stephanie Kruse has actively furthered industry standards, pushed creative boundaries and holds community responsibility as a high priority. She is being awarded for maintaining the highest standards of work for private business and community boards, such as Saint Mary’s Health Network, the Economic Development Authority of Western Nevada and The Children’s Cabinet.

“It is an honor to award Stephanie with the Thomas C. Wilson Lifetime Achievement Award,” said John Murphy, AAF Reno president. “Her work and passion has touched so many in the Truckee Meadows community, from colleagues to aspiring advertising students. There is no better fit for the 2016 award.”

Frank Haxton, a prominent local photographer, will be awarded for achieving excellence in the field of advertising while demonstrating strong community involvement. Haxton’s 27 years of experience have allowed him to expand his advertising career and travel the world capturing images through stills and video with his company Digiman Studio Stills and Motion. Haxton also produces the Art Slaves Show, which raises money for the American Advertising Federation and sponsors Reno area non-profit organizations including the Nevada Center for Entrepreneurship and Technology.

Oliver X, the editor and publisher of Reno Tahoe Tonight, will be awarded for his efforts in promoting community activities. Having gone from civil engineering and being a music consultant, his unique experience has fostered his ability create connections and promote events effectively.

Lastly, Keep Truckee Meadows Beautiful (KTMB) will be honored for more than 25 years of furthering advocacy for a clean community. KTMB is a 501(c)3 nonprofit dedicated to beautification, cleanups and education in the Truckee Meadows.

“The 2016 Ad People of the Year award winners have made huge impacts in the field of advertising, both locally and nationally,” said Colie McManus, Vice President of AAF Reno. “There is no doubt that this group is setting the nomination bar high for years to come.”

For details and to register, visit http://www.AAFReno.com.