When the City of Reno announced its plans to use $150,000 in funds from its surplus to build a skate park in Miguel Ribera Park, the reaction was overwhelmingly positive from the families and youth of the surrounding neighborhoods. Unfortunately, not all that glitters is gold, or even fully solid concrete.

Spencer Benavides, a Reno native as well as a longtime skateboarder who used to own a skate shop and has previously helped the city with the design of its past parks, raised concerns about the park and specifically the company in charge of its design and construction, American Ramp Company.

While American Ramp Company gave out a survey to the community asking what they would like to see in the skatepark, Benavides said he believes that this process can ultimately hurt the park’s development more than help it.

“The survey [that American Ramp Company] gives out…in reality, all that is is a shopping list. They say ‘Okay, well these kids say they want a ramp, so we’re gonna ship the parts for these pre-made ramps and send them to the city.’…But these [pre-made] ramps, the screws become loose all the time…I’ve had the screws take chunks out of my wheels, I’ve caught my knee on a screw… Our climate here is very, very harsh on plastic and wood, and they use this combination of the two for their top layers,” Benavides explained.

“That thing’s been in disrepair for years … it’s super dangerous to skate it. Most people hate skating it,” Benavides said of the Panther Valley park. “Out of the gate costs to do this little pop-up skate park thing is probably way cheaper than concrete. But in the long run, concrete’s much safer, it takes much less maintenance, and it’ll last a hell of a lot longer if it’s done right.” 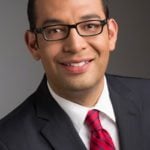 The longtime skater raised his concerns to the city, specifically City Councilman Oscar Delgado, who oversees Ward 3 where the park is planned.

It was encouraging, Benavides said, to have members of the city government so involved in making sure concerns were heard.

“I do definitely want to point out that city council members actually reached out to me…[it’s] above and beyond what has happened in the past,” he said.

He praised the city’s response, saying that “the City of Reno…they really want to listen, they actually care.”

“It all comes down…to revenue and how much funds we have to really do something,” Delgado said concerning the park. “We want to do what’s right, but at the same time it all comes down to funding.”

Delgado insists though that he will not put out an inferior or unsafe product though just for the sake of finishing a product.

“What’s really important to me is that it’s not just a park for skaters, it’s a park for skaters and for that neighborhood,” he said “We’re going to put what was currently presented to us on hold and [Director of Reno Parks and Recreation] Andy Bass will sit down…and start that redesign all over again.

“We’ll start looking at grant opportunities to fulfill that gap and actually getting that skate park that we all envisioned and hoped that would be at Miguel Ribera Park, like a really great looking one—hopefully in concrete versus the [pre-fabricated] one.”

According to the latest calculations, Delgado said that he believes that a redesigned park will take about $300,000 to build, and he will advocate for expendable government surplus funds to be used to make Miguel Ribera Park into one that the community wants, and one that the community can be proud to have in their neighborhood.

Often times, a city’s greatest assets can be the minds of its citizens, should their ideas be heard. Luckily for the youth who will one day skate and play at Miguel Ribera Park, Reno has passionate enough citizens like Spencer Benavides who have spoken up and insisted that the park be created as best as it can be, and Oscar Delgado and the city of Reno are listening.

American Ramp Company has not returned a request for comment. 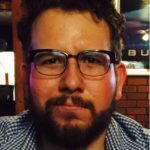 Luke Keck is originally from the Bay Area in California and has been living in Reno for over three years.  He is currently a senior at the University of Nevada and will be graduating with bachelor’s degrees in both journalism and English writing.  When not working or in school, he can be found watching Netflix, keeping up with the news, or reading.