Earlier this month Tour de Nez was worried for the future of its bicycle-racing event through downtown because of pending sponsorships. The Reno race will now live on because a substantial donation that has come through from Renown Health.

‪“For years, Tour de Nez has been providing healthy, family-oriented activities and we couldn’t be more excited about providing support to this local event,” said Wendy Damonte, Vice President of A 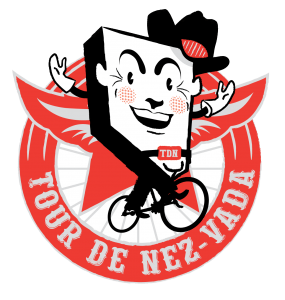 dvocacy and Community Partnership at Renown Health. “As we continue to look beyond the walls of the hospital and inspire the health and well-being of northern Nevadans, we want to see the Reno area grow into a more bike-friendly area that fosters healthy, community-minded activities.”

Tour de Nez is practically a Reno institution and will celebrate its 24th year, June 11 featuring competition with over $12,000 in prize money up for grabs for bicycle-racing enthusiasts, with participants competing against others in their same class. The event is described by the event staff as targeting all racers, “from the pros to the clunkers, messengers and kids races, handcycles and wanna-bes” or those who are simply seeking a great community event with a party atmosphere.

“This is a project that my wife Janett and I strongly believe in and support,” said former Olympian, six-time consecutive World Speed Skiing Champion and former world record-holder, Franz Weber.

Weber has been a local cyclist for many years and a big supporter of the Tour de Nez race. He has also been a supporter of cycling events in and around the Reno area.

“This race promotes Reno at a national and international level with everything that Reno has come to be known for – outdoor fitness, unique atmosphere and community involvement. We’re so grateful for Renown Health and we hope to see you all out there on June 11!” Said Bubba Melcher, Executive Director of Tour de Nez.

For more information on Tour de Nez sponsor and sponsor benefits, or to contact race organizers, email them at [email protected] Additional information including registration for this summer’s event may also be found by visiting the Tour De Nez website.

Riverwalk District Gets Clean Up With Tour de Nez and...

Tour de Nez Is Racing Into The Night