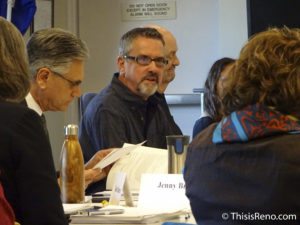 Truckee Meadows Water Authority (TMWA) refinanced its 2006 bonds and eliminated $22.8 million in outstanding principal. The refunding will achieve a $15 million in savings, the water purveyor said in a statement.

As part of the refunding effort, TMWA’s credit rating was upgraded by Standard and Poors from “AA- (positive outlook)” to “AA (stable outlook).”

According to TMWA, the success of the consolidation of the Washoe County and the South Truckee Meadows General Improvement District water utilities into TMWA, together with implementation of the Truckee River Operating Agreement, helped with TMWA’s credit ratings.

“The order interest in our bonds was overwhelming, attracting nearly six times as many offers on the table than we had bonds available” said TMWA’s general manager Mark Foree. It allowed TMWA to negotiate a lower interest rate and save $800,000 on the day of pricing.

“TMWA was able to successfully differentiate itself from other western water utilities in terms of drought resiliency, which was recognized by the credit rating agencies as well,” Foree said. “Our drought management practices were well received.”