Reno Seeks To Expand Tourism Base

Northern Californians know, like and visit Reno, although the market there isn’t fully saturated and should continue to grow, according to a report presented Thursday to the Reno-Sparks Convention and Visitors Authority.

Circus Circus Reno wasn’t included in the analysis. It was purchased by the Eldorado in November 2015 and didn’t have complete data available.

About 50 percent of room nights were occupied by Californians, with the most coming from the San Francisco-Oakland-Fremont Metropolitan Statistical Area (MSA), followed by the Sacramento-Arden-Arcade-Roseville MSA. The study didn’t identify repeat visitors. 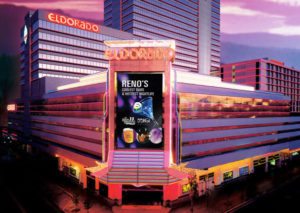 Leisure is the top reason for travel, followed by complimentary rooms. Conventions or business rank third, followed by special events, such as bowling tournaments, equestrian events and concerts.

“Is there a way to determine where our non customer is going?” asked board member Mike Hix. “Where are those travelers going now?”

“We want to embark on research about who’s not coming to Reno and why not,” she said.

In addition to the Los Angeles basin, the Pacific Northwest and Southwest also have strong potential, the analysis said. For example:

The report also said Las Vegas has a high number of visitors arriving by air but room nights (2 percent of market) are disproportionate because flights are often taken for government and business travel. Additionally, the Bay Area yields a large number of room nights but generates less air traffic due to visitors opting to drive.

“There are a few situations where the number of room nights is disproportionately low compared to air service visitors, such as San Antonio, Nashville, Detroit and Spokane,” the report said. “Additional research is needed to better understand the behavior of these visitors.”

International visitors occupying rooms is also low despite there being a non-stop flight between Guadalajara, Mexico and Reno-Tahoe International Airport.

“Given the flights from Mexico, I’m surprised the room nights are so low,” board member Tony Mavrides said.

Mexicans represented 0.03 percent of hotel room nights last year. Cunningham said many visitors either stay with family or friends or stay near Lake Tahoe, which didn’t have a hotel included in the analysis.

Canadians made up 0.49 percent of room nights, most coming from British Columbia. Reaching out to Western Canada has been challenging.

“Air service is expensive and not prolific from Vancouver,” Cunningham said.

Behind Canada, the Netherlands generated the next most room nights, followed by the United Kingdom, Australia and Germany. Mexico ranked sixth, slightly ahead of China.

The RSCVA would like to spend a total of $2.6 million next year to market to the Bay Area, Los Angeles, Seattle and New York City. Hiring more staff, including one to attract international visitors, is also on the radar.

A firm was recently picked to find the RSCVA’s new chief executive officer, who will be expected to help build relationships and the area’s reputation. Expanding and upgrading facilities, such as the Reno-Sparks Convention Center and Reno-Sparks Livestock Events Center, will also help attract events and visitors, the report said.

The board is scheduled to further discuss the report during its next meeting, from 8:30 a.m. to 4 p.m. June 23, at the Hyatt Regency Lake Tahoe Resort, Spa and Casino, 111 Country Club Drive, Incline Village.