Reno Hopes To Increase Police Force With Help From Feds

The Reno Police Department fielded the most questioning from the City Council during a budget workshop Friday, when funding priorities for the next fiscal year were addressed.

More than half of the city’s proposed $532 million budget is for public safety. Of the 60 general fund vacancies, 51 are in the police and fire departments, not including the 14 people already in the police academy.

The next police academy starts in July and is expected to have 22 members.

The city is applying for a federal COPS grant from the Office of Community Orientated Policing Services, an arm of the U.S. Justice Department. If approved, it would fund 68 percent of pay for six additional officers for the next four years and the city could pick up the remaining 32 percent.

If approved this fall, the COPS grant would take affect in January. Reno received the same grant almost a decade ago for 10 positions, but council members were told the process is very competitive.

Police Chief Jason Soto said it takes 36 weeks before an officer becomes active. Twenty weeks are spent in the police academy and then 16 weeks in direct police training, so there’s often a gap between when an officer retires and when a new one fills a vacancy.

“One of the challenges we’ve had is with attrition,” Soto said. 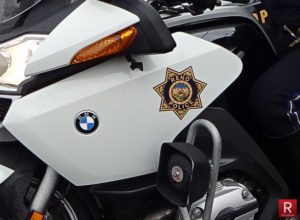 Reno has double the amount of square miles than it had in 1991 but has the same level of staffing, about 315 sworn positions. Soto said this has made things challenging for his department, which is seeking a 6 percent increase in funding this coming year.

“What we’ve done in the past is we’ve maintained our numbers in patrol to keep it strong because it’s the backbone of the organization,” Soto said. “But as we grow and as growth continues in Reno, all those different subdivisions and businesses have to be addressed.”

The Parks, Recreation and Community Services Department is expecting a 2 percent decrease in funding to $10.1 million.

Councilman Paul McKenzie said the parks department does a lot with limited resources, but improving parks needs to be a community effort.

“If you’re truly concerned about the parks, let’s work together,” McKenzie said.

The City Council is scheduled to adopt a budget at 10 a.m. May 25. It will then go to the Nevada Department of Taxation for review. The fiscal year starts July 1.