Home > Featured > CRITICAL MASS: You Knew This Was Coming Washoe County School District, What Did You Do?
Featured

CRITICAL MASS: You Knew This Was Coming Washoe County School District, What Did You Do? 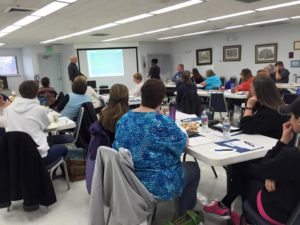 After the failure of the last bond in 2008, AB64 also floundered when the legislature and county commission failed to take action in 2013.

It has been seven years since the last school was built in Washoe County. At that time, a hard-hit housing market had taken its toll on homeowners. Capital funds for building and maintaining schools from property taxes decreased as property values dwindled. Repairs and maintenance projects were limited to emergencies and absolute necessity, and a backlog of $230 million in repairs were piling up.

Despite the brief relief in student growth in 2008 and 2009, by 2010 the numbers were again increasing with 10,000+ new students since 2008 and a projected increase of 1,000-1,500 more each year thereafter. The property values have again increased, but a decade lost wouldn’t give us enough funds to catch up.

With no other sources of funding under the existing state laws, principals were not the only ones who were forced to think outside the box. Mobile classrooms and even alternate class scheduling was still a dam too small to handle the flood, and district officials were desperately seeking alternatives.

Large empty storefronts, like the old Mervyn’s, and a variety of defunct stores and other buildings stand empty across the Truckee Meadows. District officials like Pete Etchart and his colleagues embarked on a field trip of their own to look at 1000 lease and donation options. These buildings were big enough but lacking the appropriate heating and cooling, cafeteria space, bathrooms, and they had poor ventilation. There were no playgrounds, no parking and once again red tape would tie their hands with commercial zoning laws.

In desperation to house the growing body of students, even shipping containers were at one time considered.

When all was said and done, the cost to renovate, accommodate and make these spaces safe, healthy and workable for Washoe’s children would cost just as much as building a new school. They found themselves back at square one.

Schools need to be built to last. Wood breaks down. Cost cutting affects stability and safety. Washoe can not skimp on the safety of our kids and risk collapsing structures like the Children’s Aid Charter School in Bronx, New York or schools like Abu Naima in Nigeria that collapsed and killed four and injured 14.

Over the years, through rezoning, they shuffled students from one side of the sinking ship and back again, filling up the hulls of other schools. Just as those schools themselves would face a sudden influx of new students, like Verdi Elementary, and the shuffling would begin again as the solution became another overcrowding problem.

Left with no alternatives, the newer schools large enough to have multi-track are once again prepared to rotate students through a year-round schedule of school within a school.

More than 125 portable classrooms already stand in for 240 classrooms. WC1 passes in November, or the planned double sessions for our secondary schools will proceed as planned.

As the saying goes, something’s gotta give.

Critical Mass: You Knew This Was Coming is the second article in a series that addresses questions, myths, misinformation, state statutes, the school district and the 2016 bond initiative that will appear on the November 2016 ballot. Read the complete series.

Review: James McCartney and Crush at The Holland Project

EDAWN: It’s Time To Look at Next Generation of Performing Arts in Reno