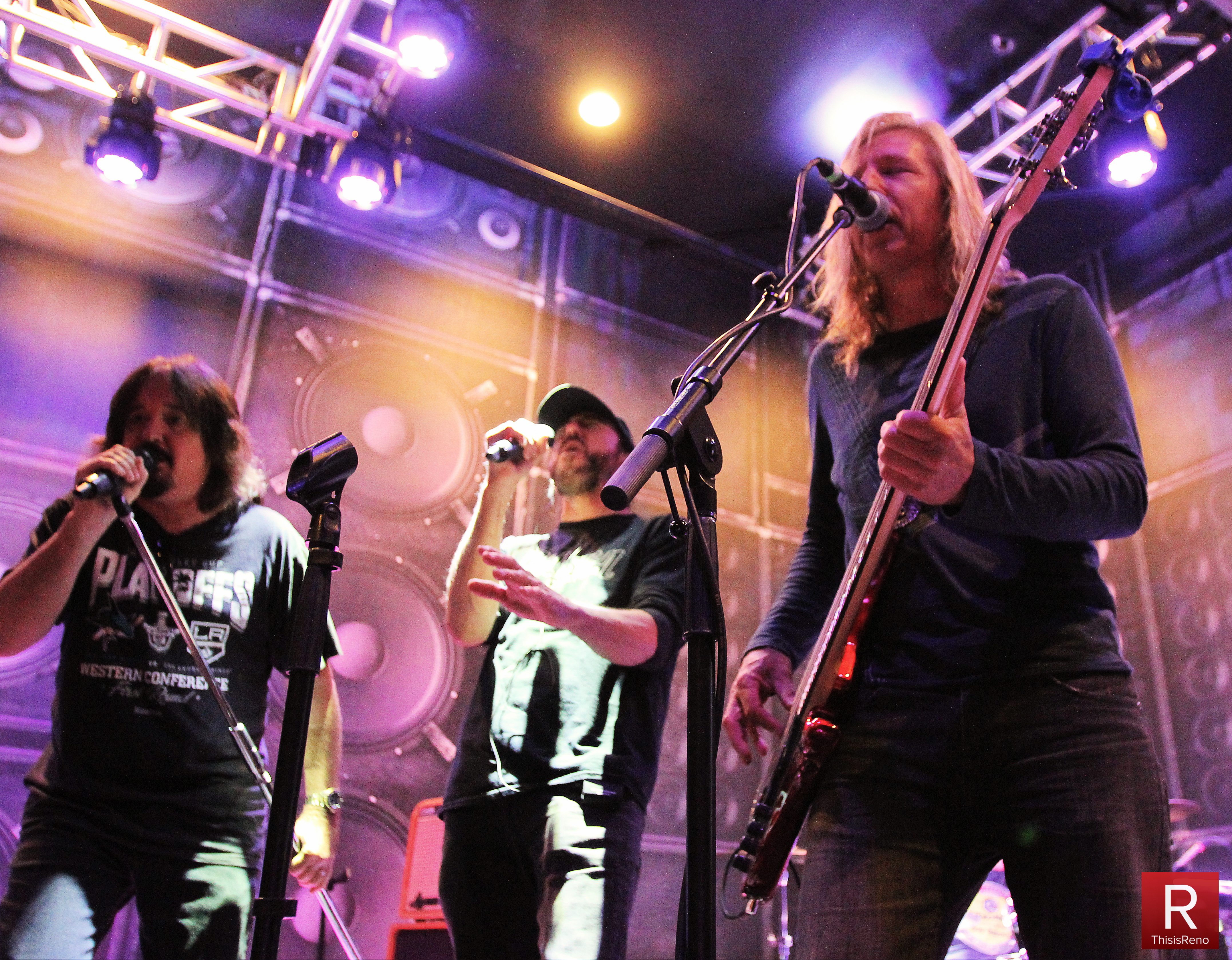 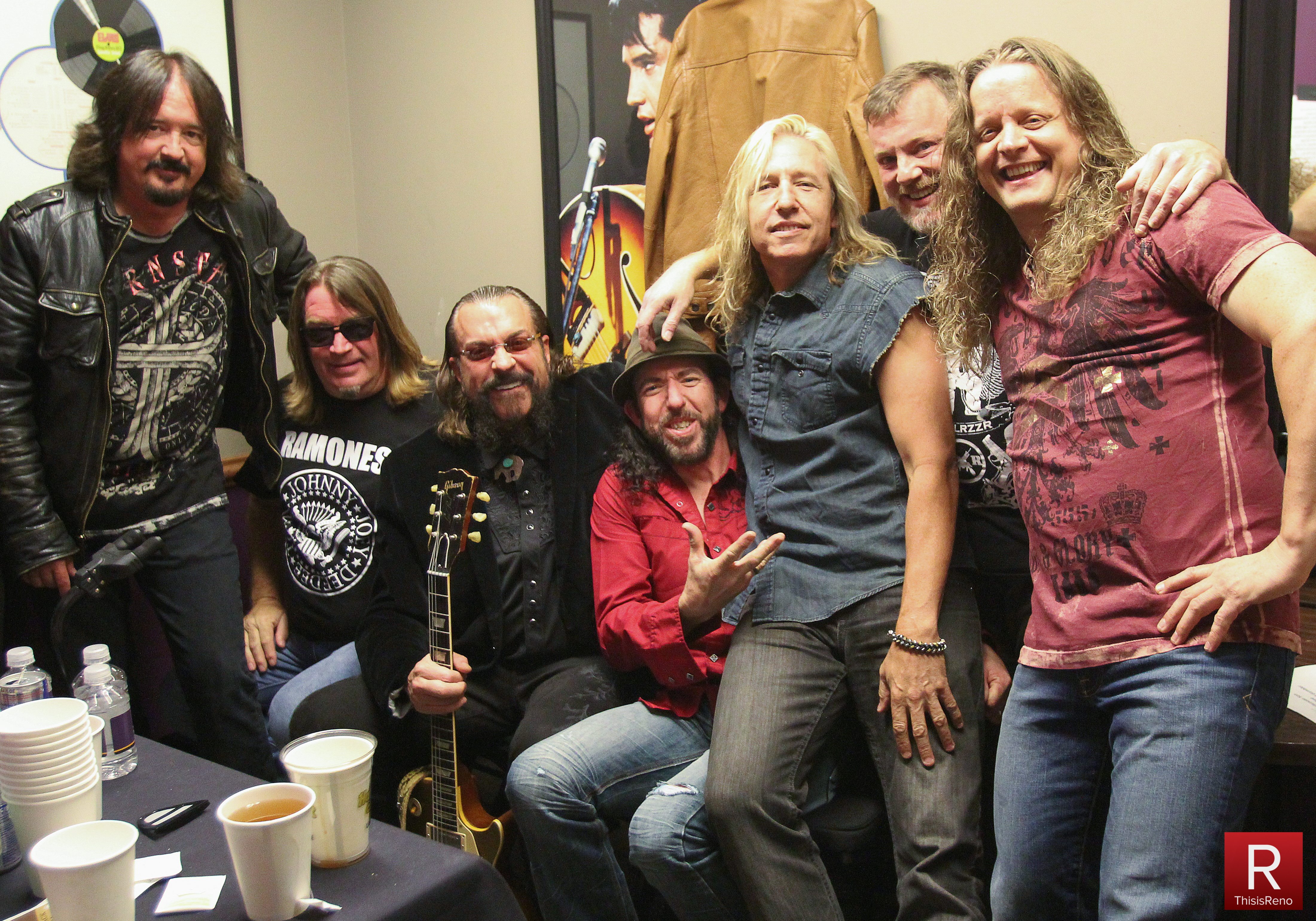 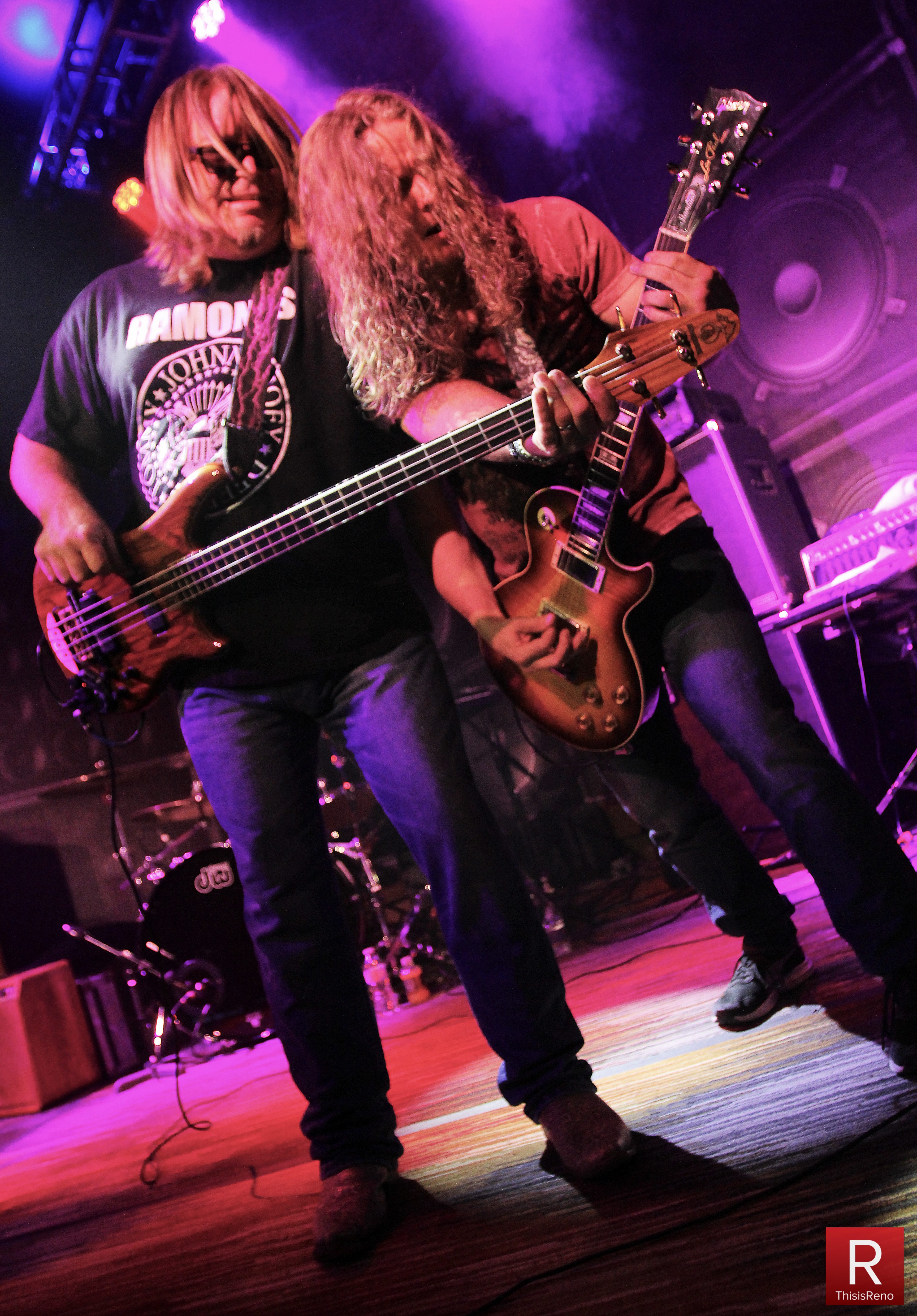 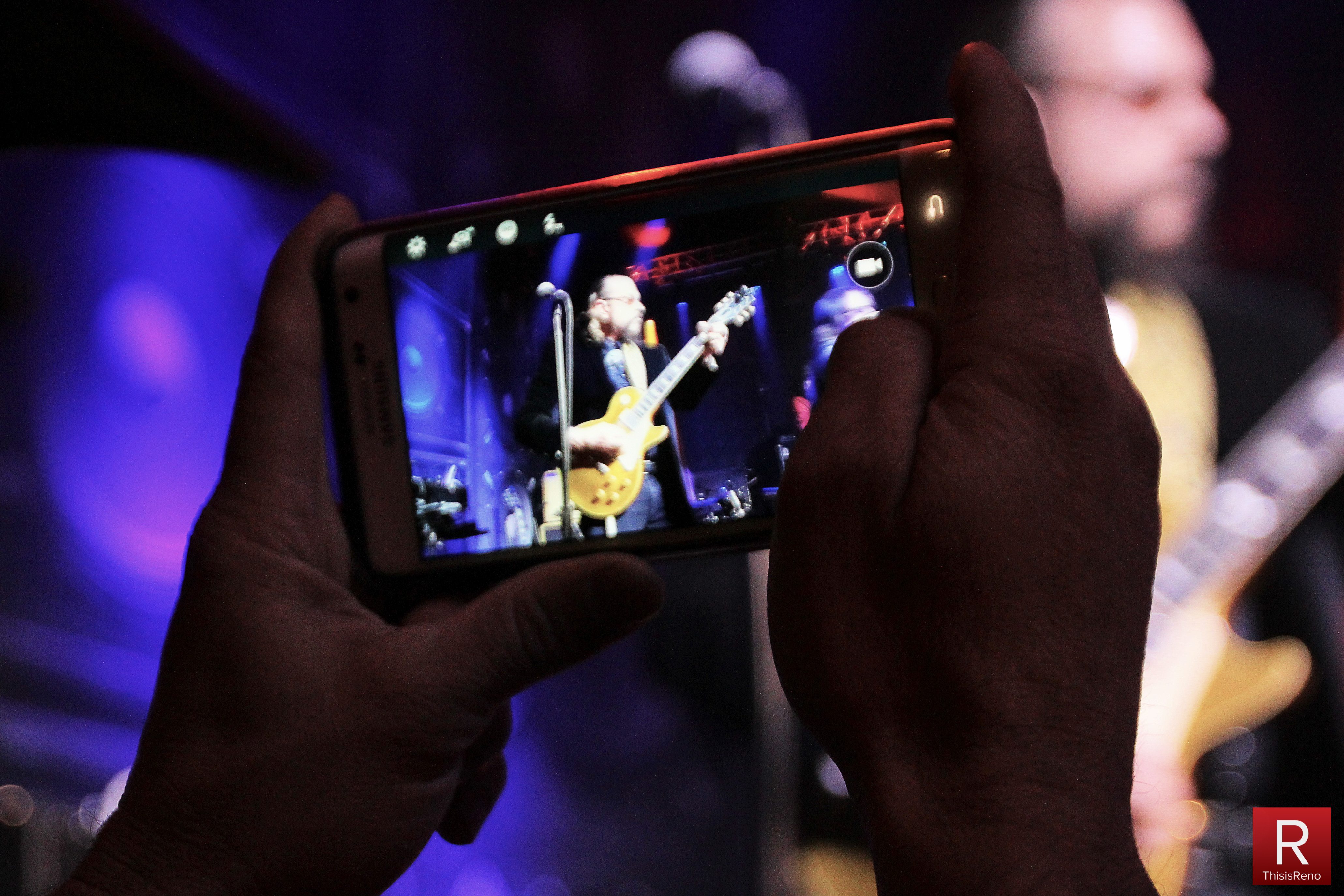 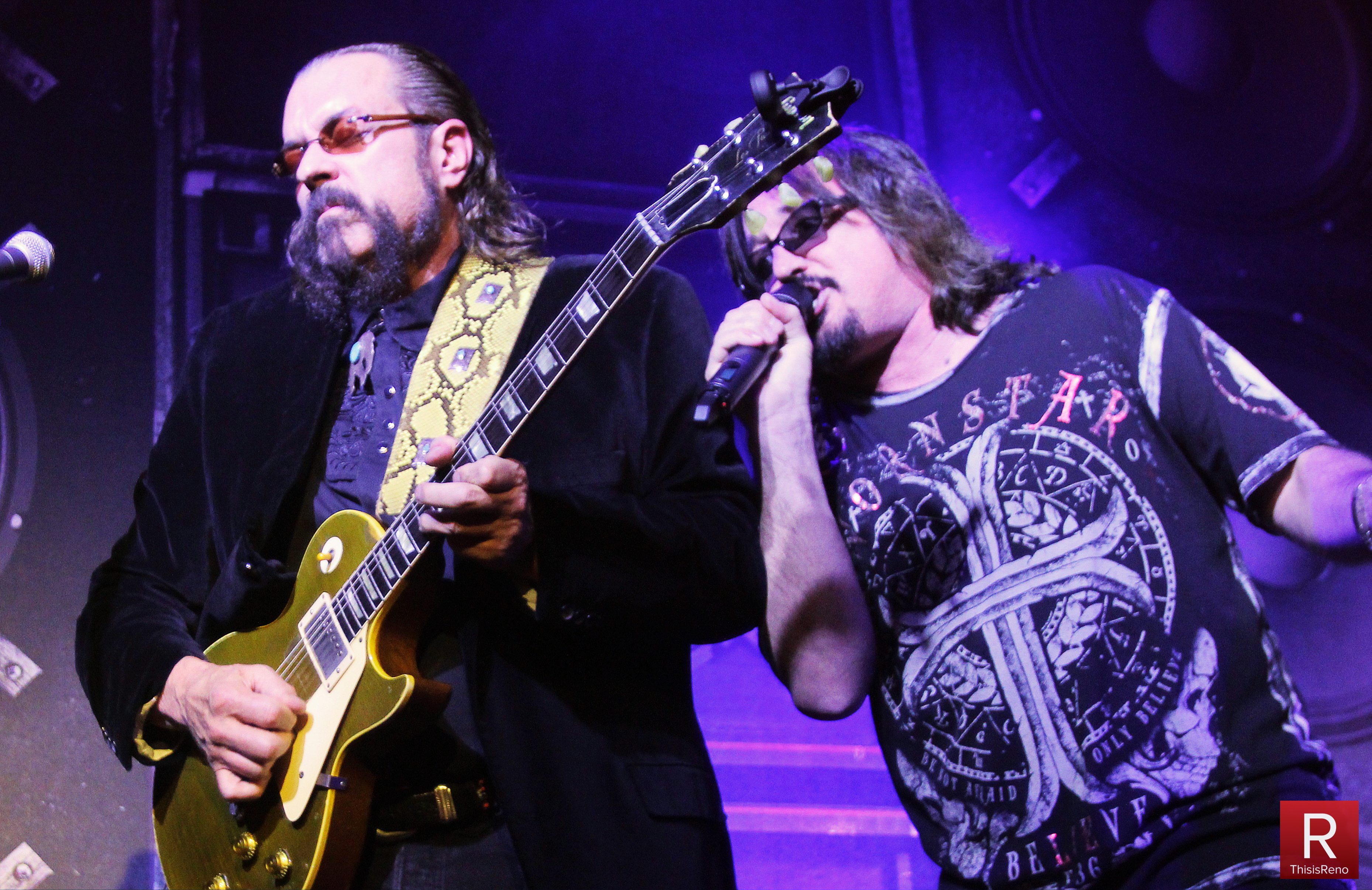 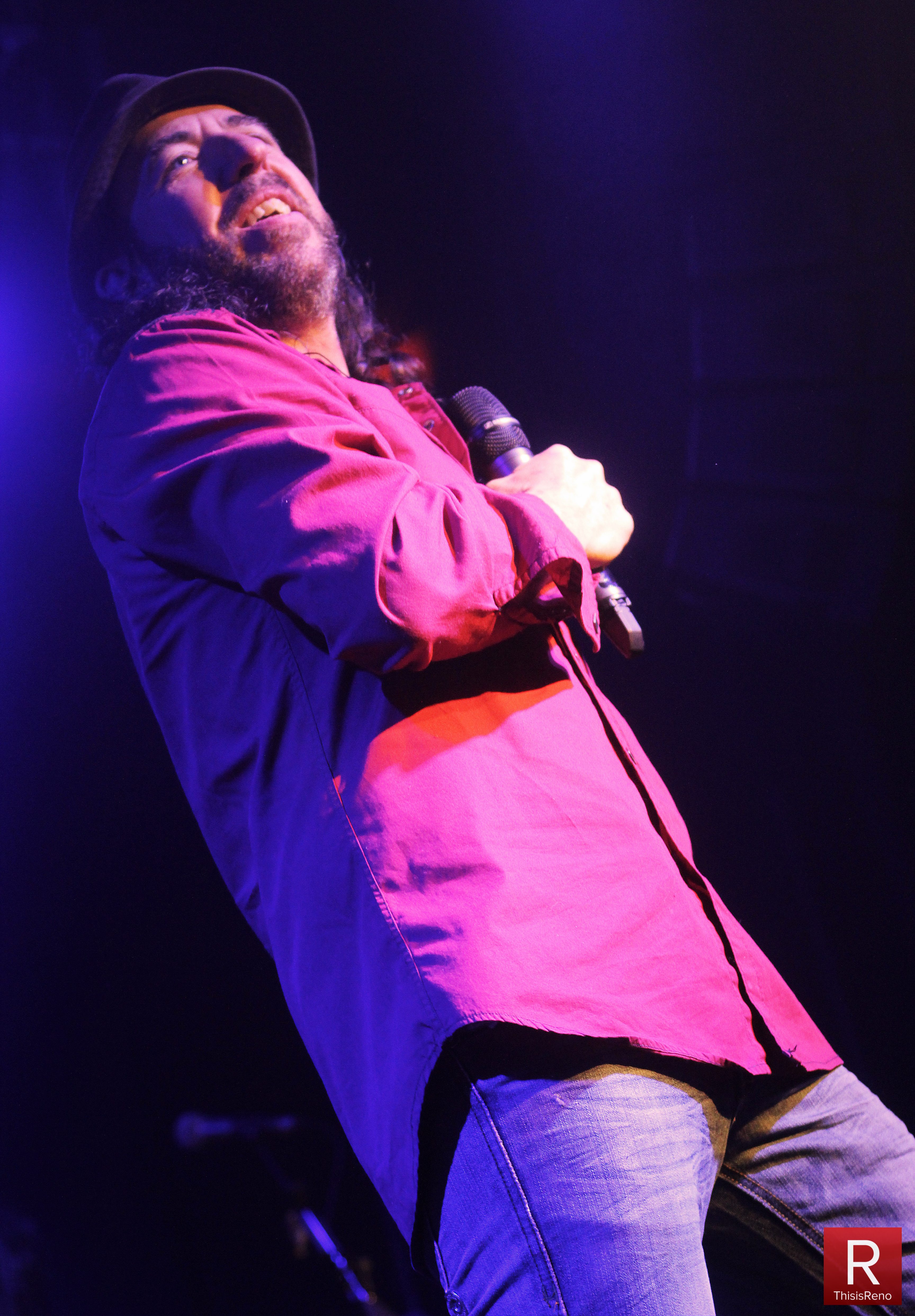 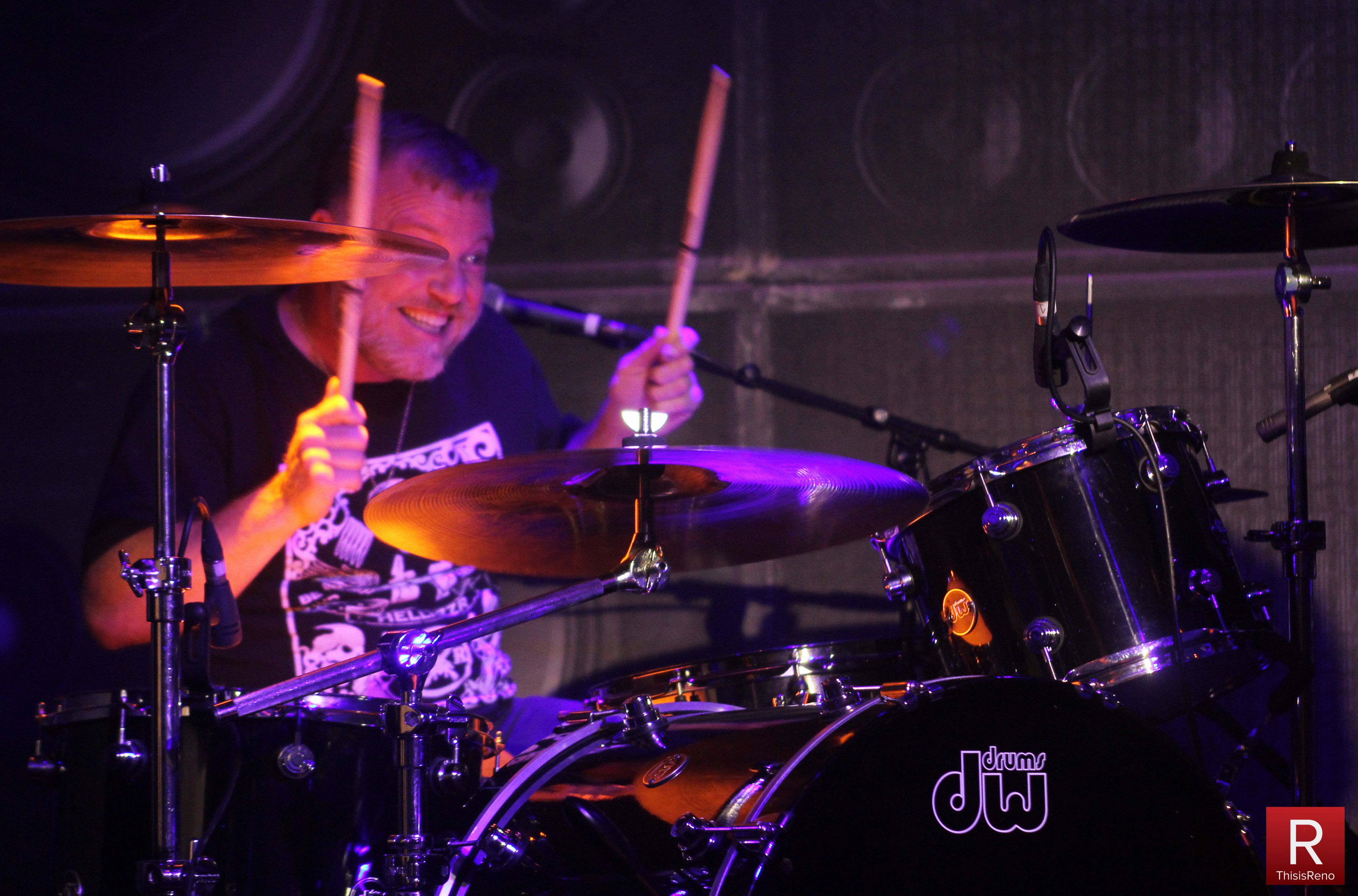 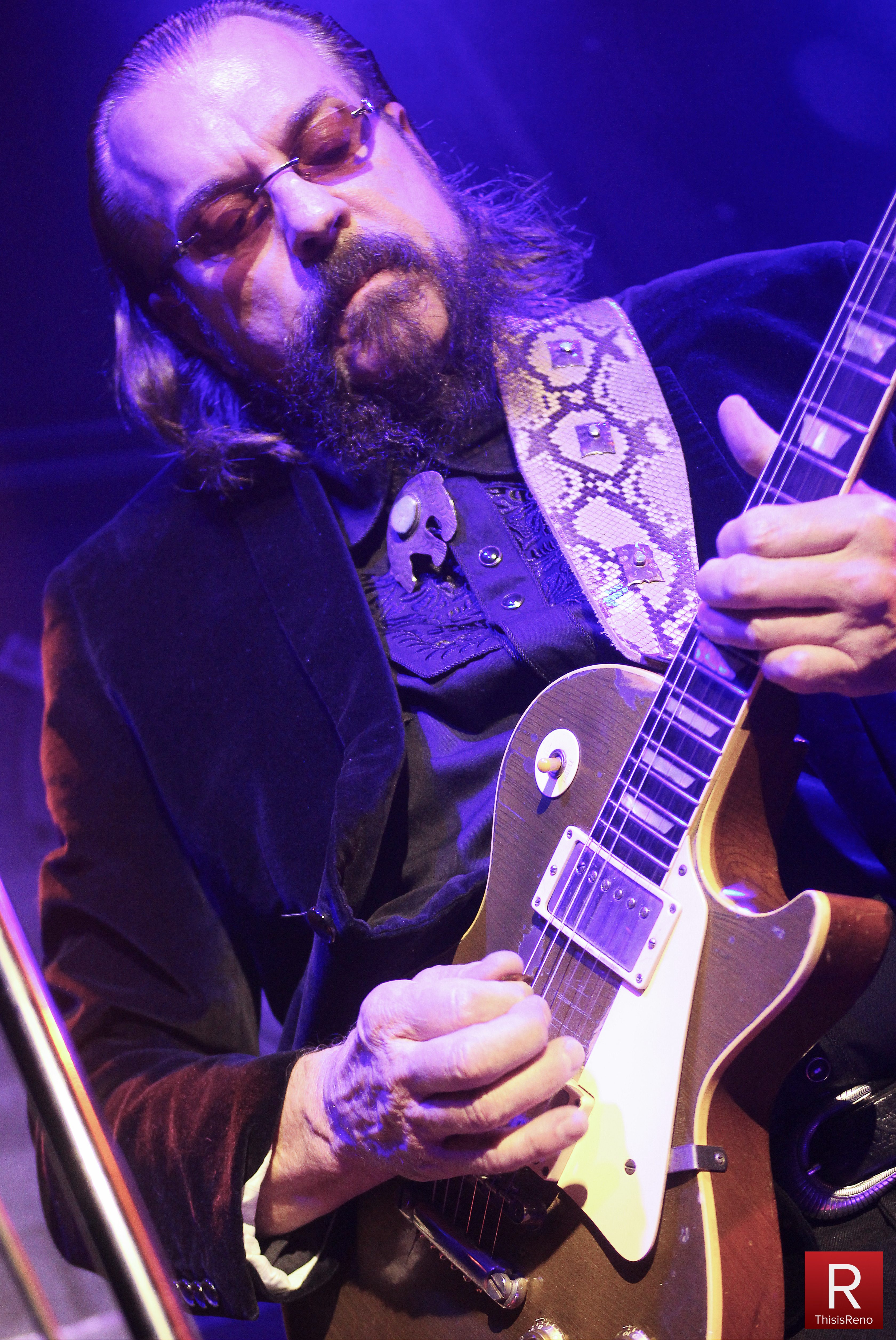 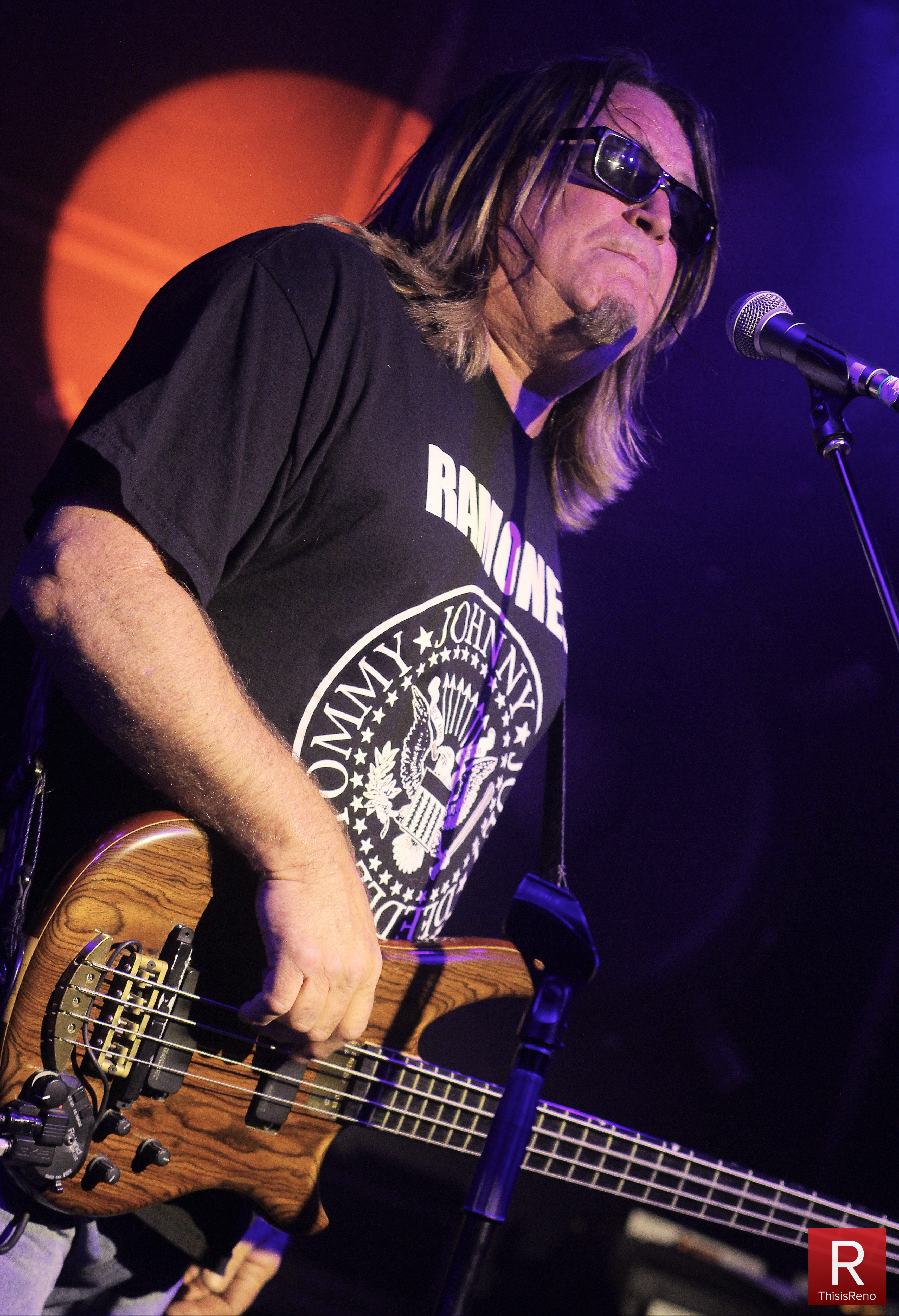 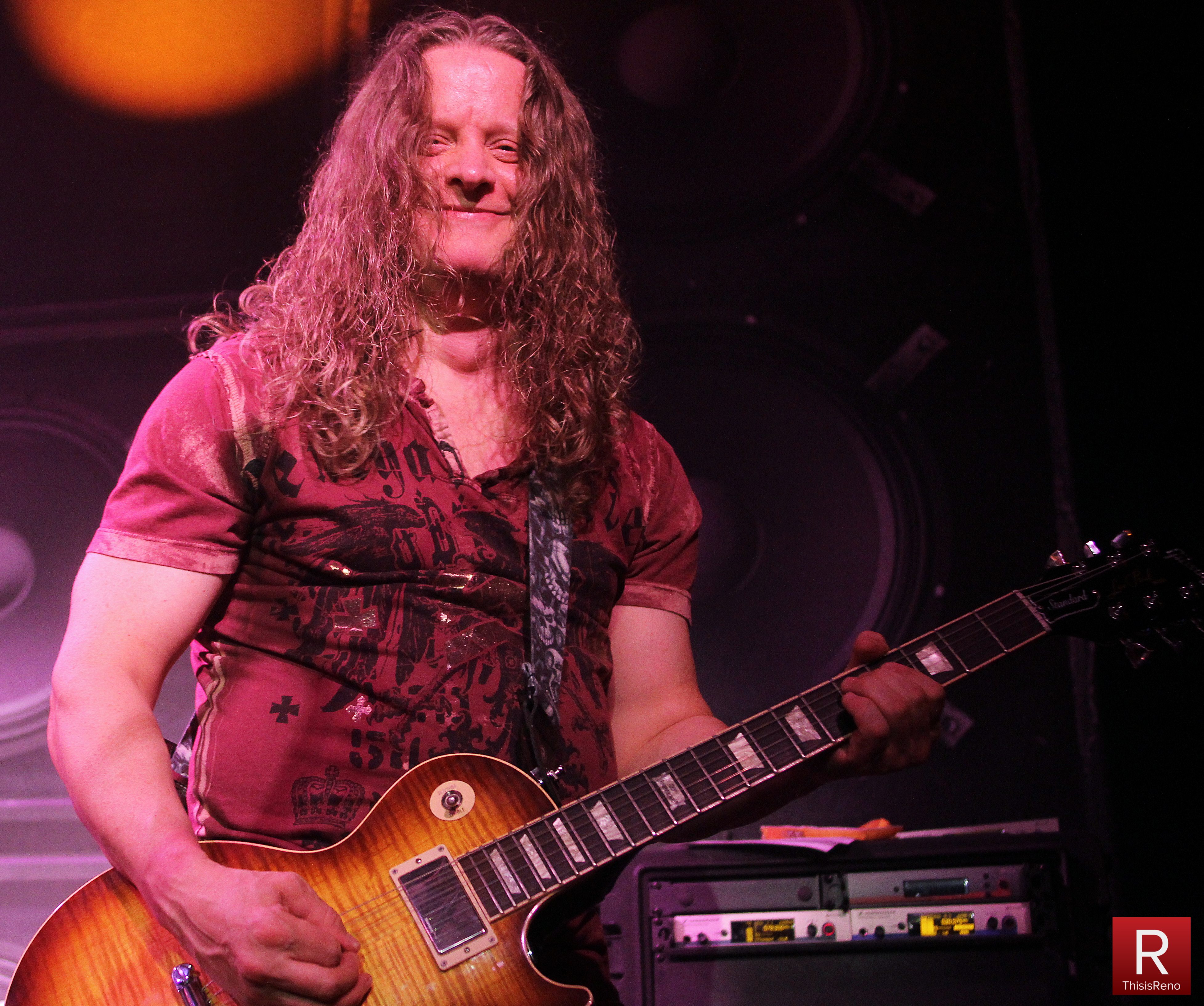 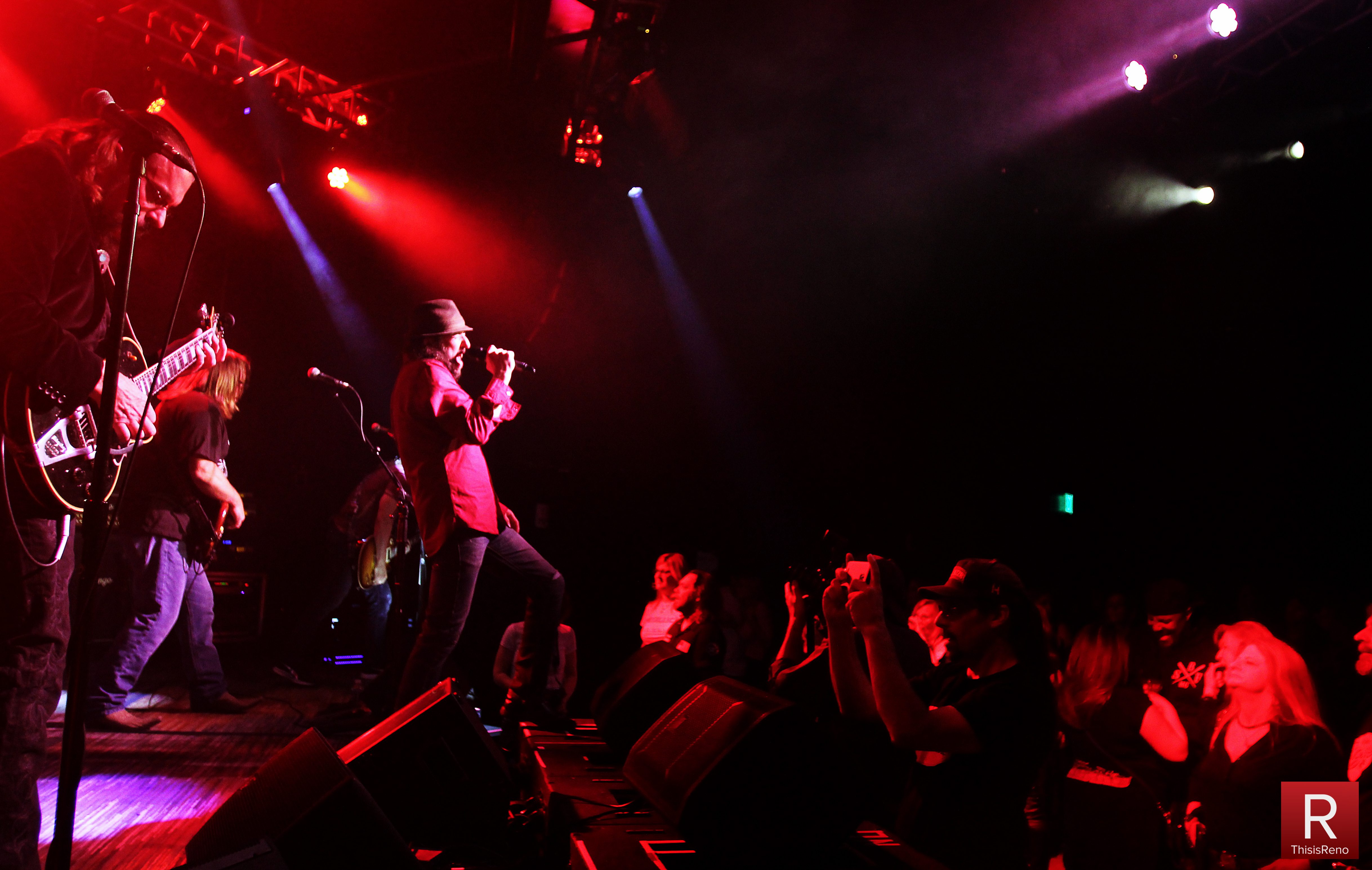 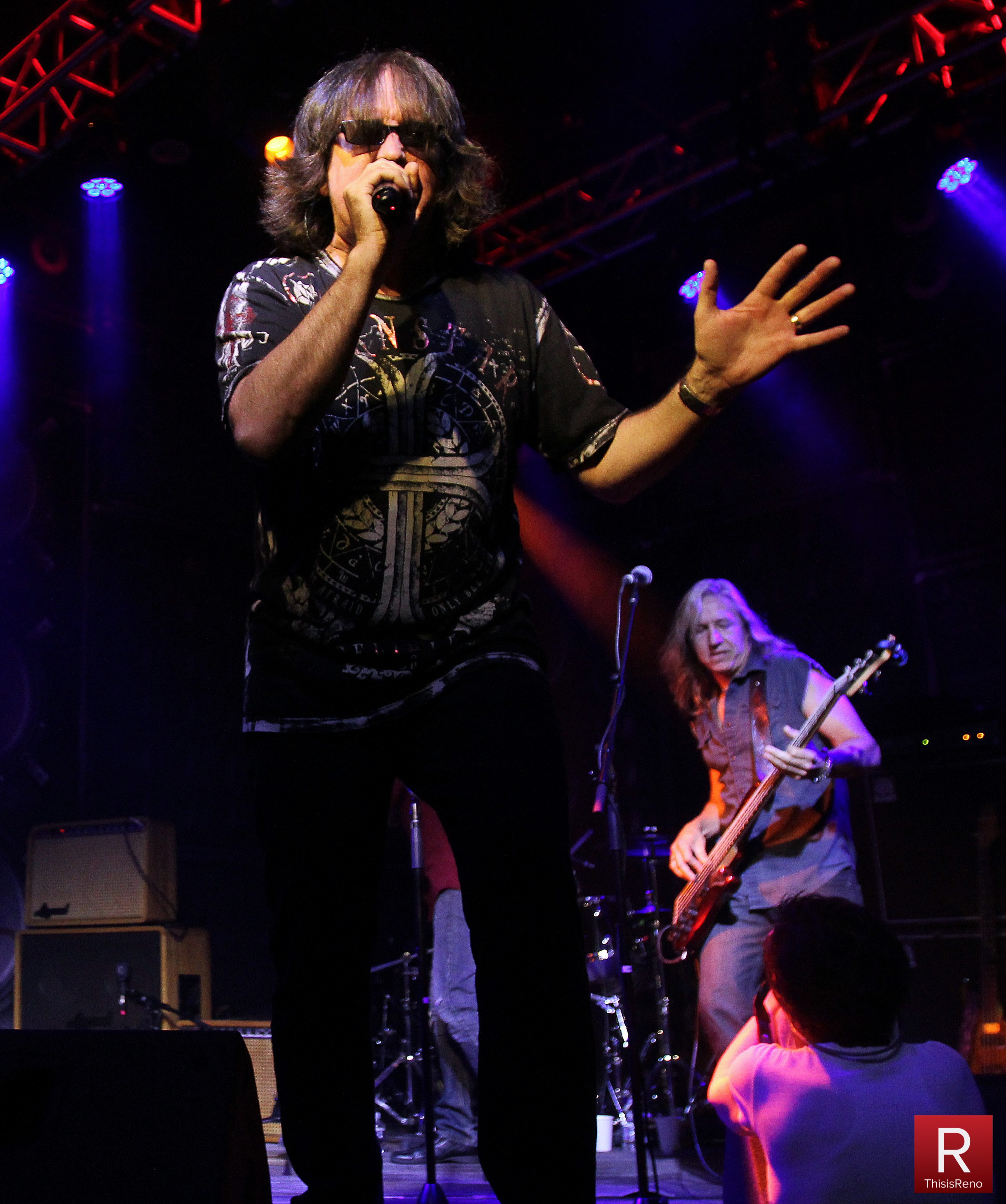 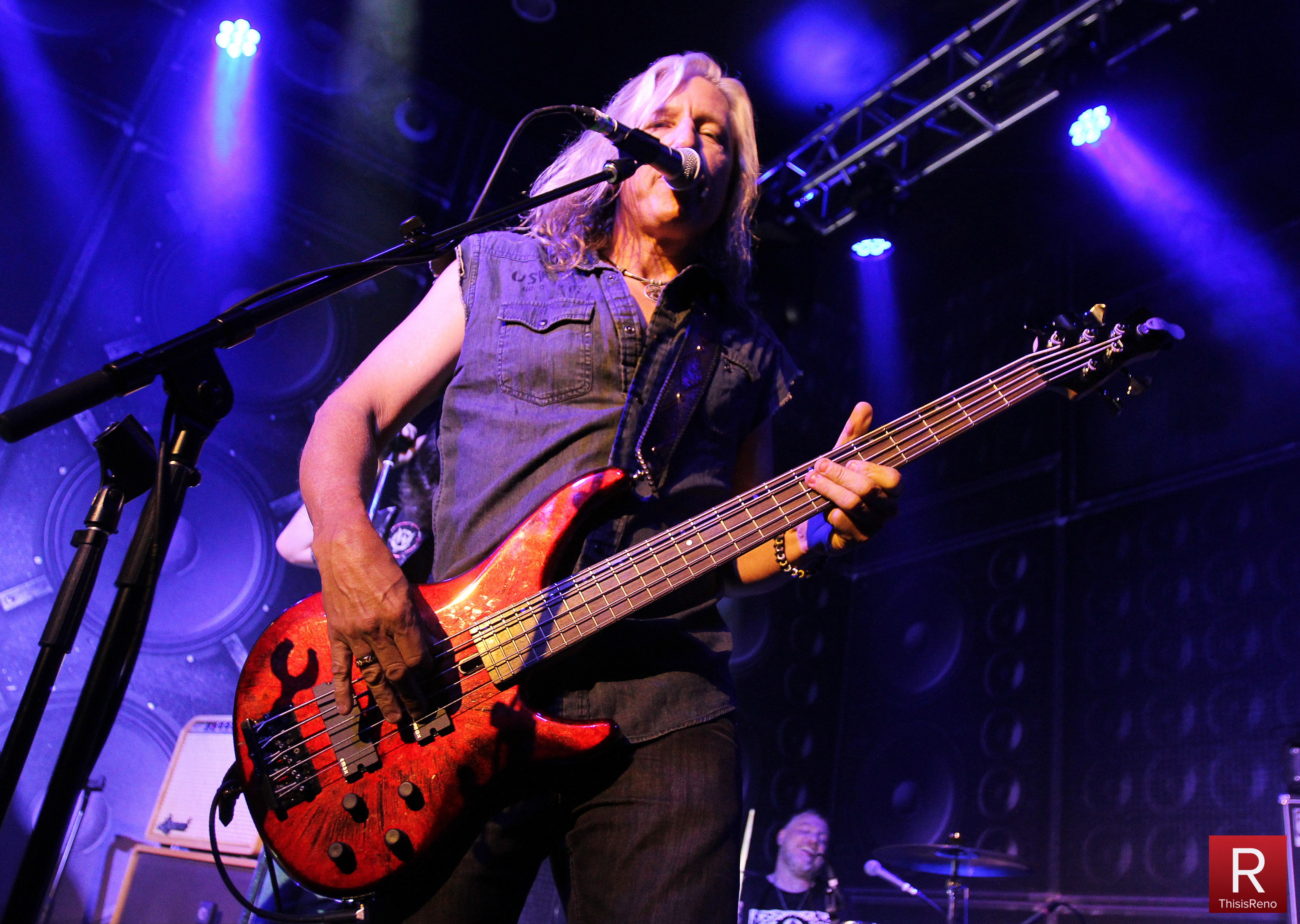 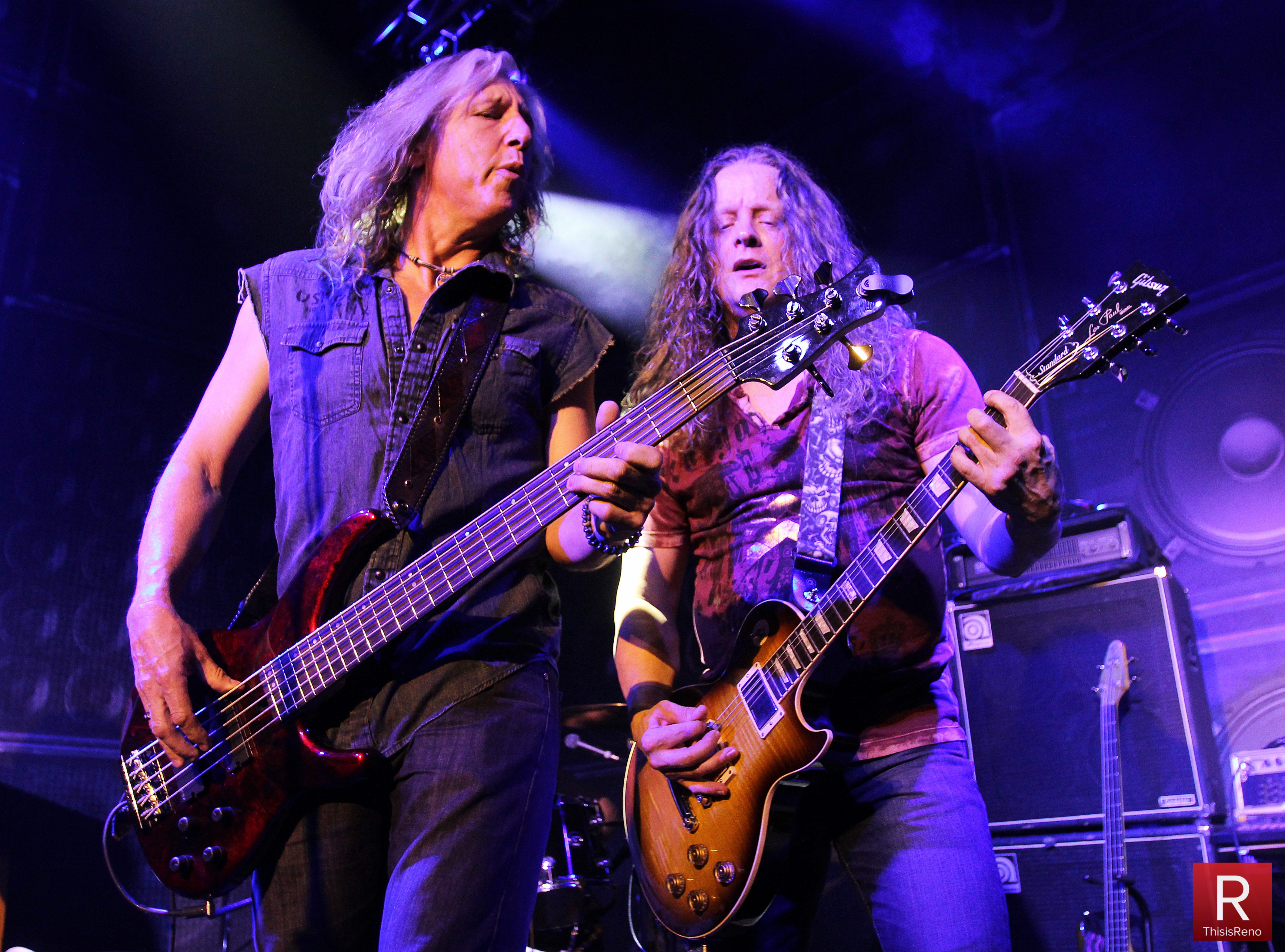 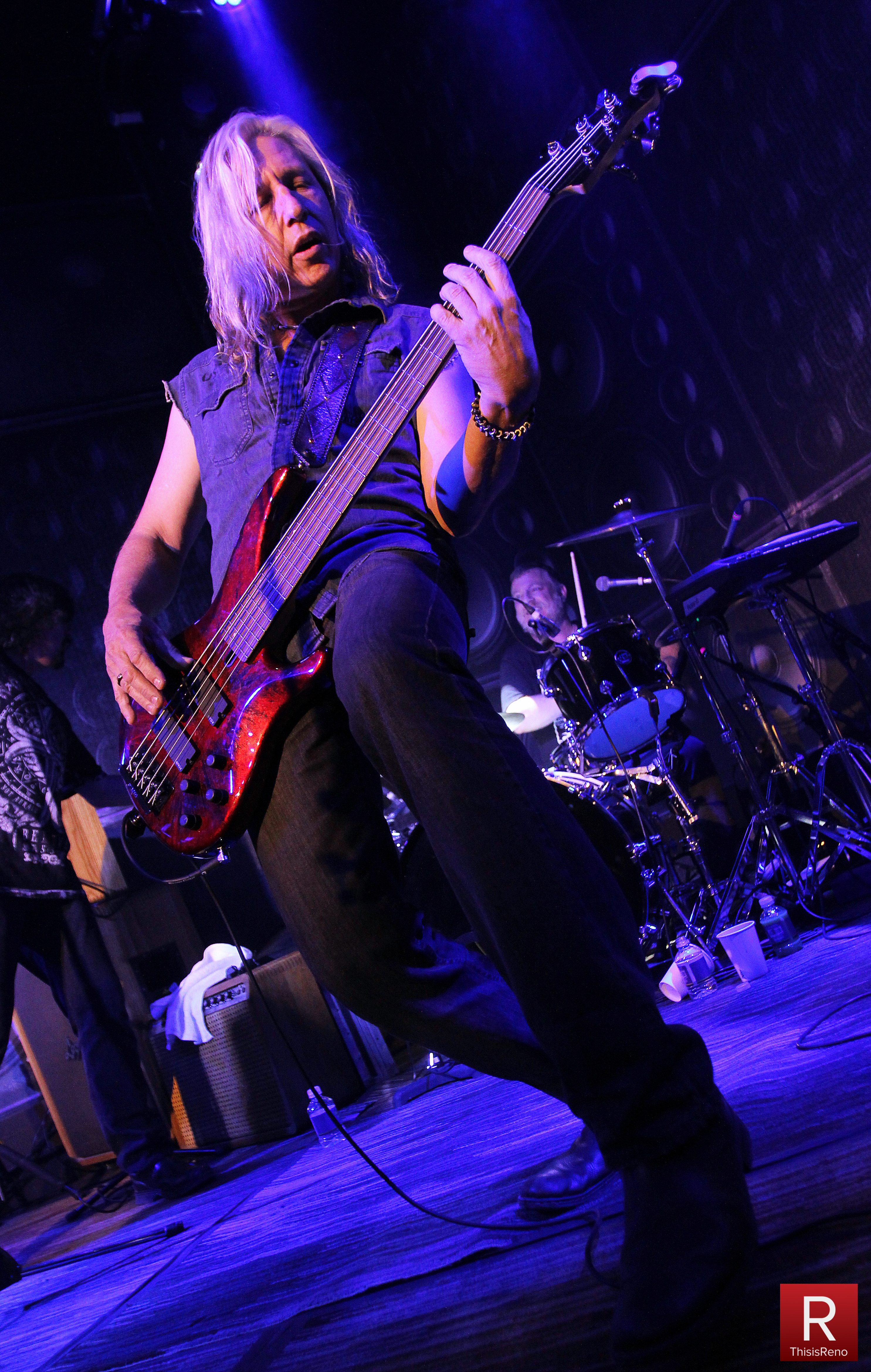 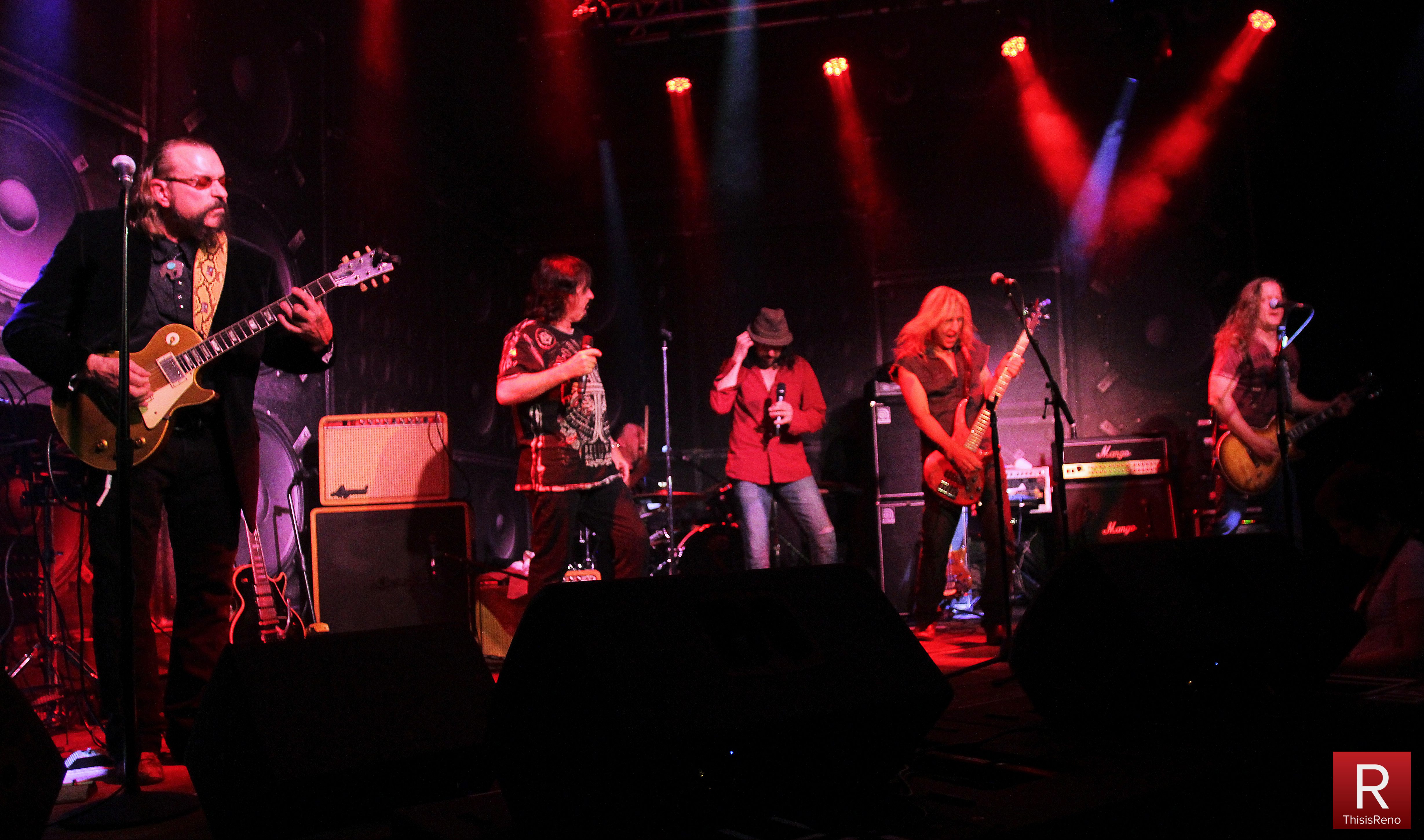 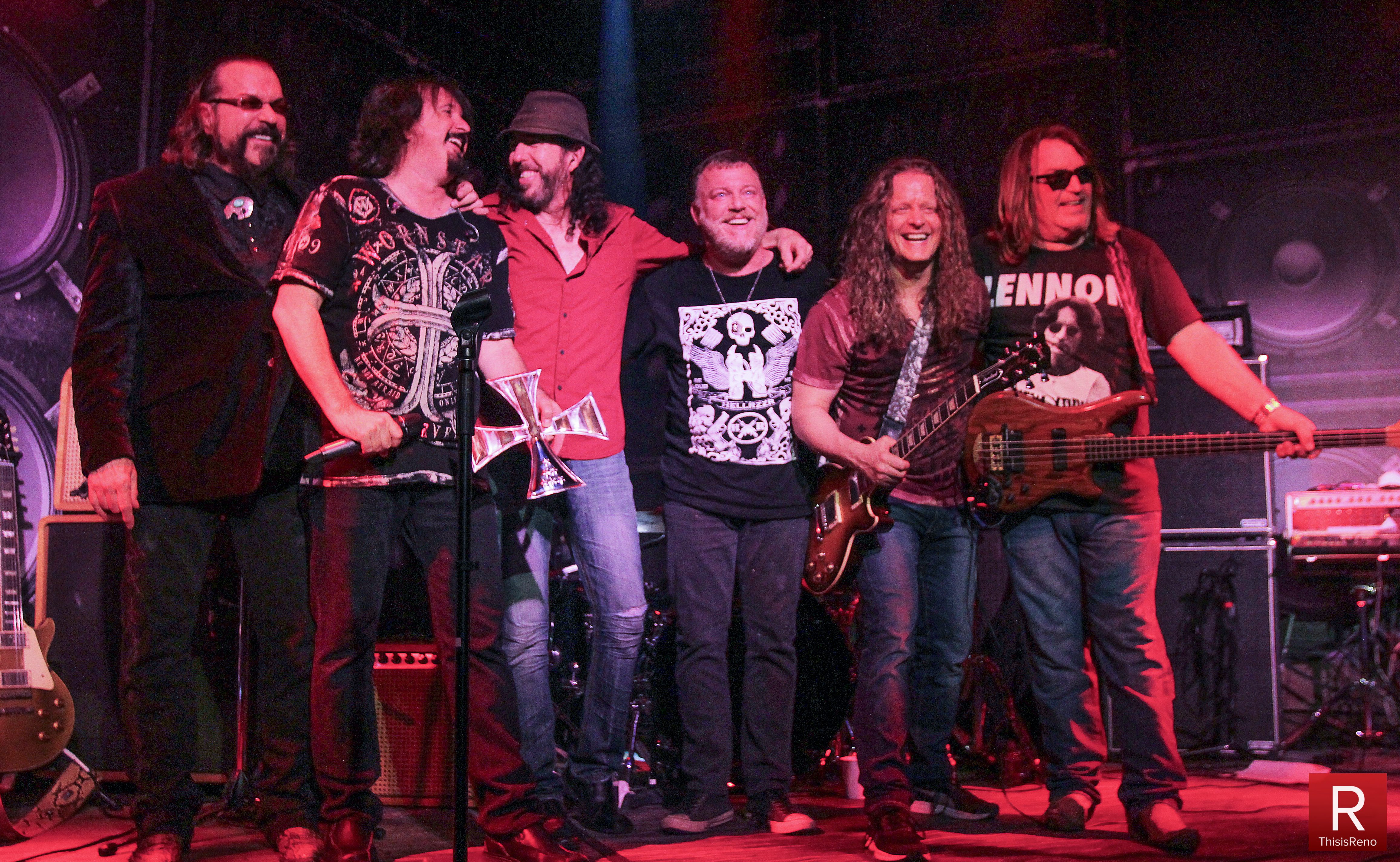 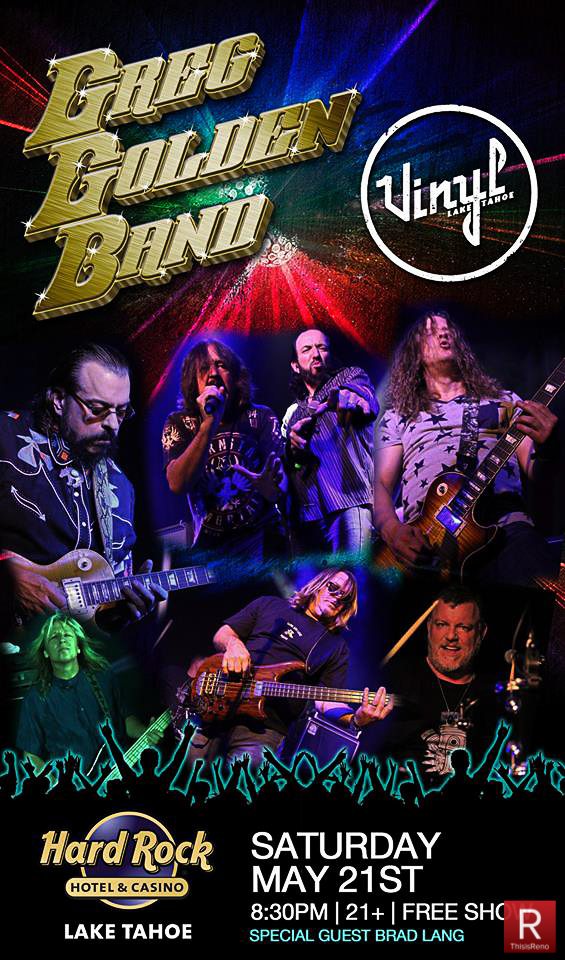 STATELINE (May 21, 2016) — The Greg Golden Band played to a packed house at Vinyl Lake Tahoe inside the Hard Rock Hotel and Casino located in Stateline at Lake Tahoe. Brad Lang, bassist and former member of Y&T joined the band with a special guest appearance for a few songs.

Attendance was very good with over 500 rock fans there to see this band blow the roof off the venue, which they did. The line that formed before the doors even opened was over a hundred, these lines seem to get bigger at every show.

The band played for over two hours with a 25-song set list. Before the show, I had the honor of asking the band a few questions in Vinyl’s Green Room.

Golden is also the owner of Bizarre Guitar and Bizarre Guns in Reno located at 2677 Oddie Boulevard.

I started with a question to Golden:

This is Reno: Tell me what you think of the current line up?

Golden: “It’s the most amazing line up ever in my band, these guys are my family, my loves, man, there my bros. It’s true, I’m being honest here and they all deliver, everyone of ’em”.

This is Reno: How long have you guys known each other?

Golden: “Oh, let’s see, Larry, I’ve heard of for a lotta years, but actually known a couple, three years or something. Paul, f*** since he used to be my customer and friend in the 80’s, early 80’s when I used to have the Charvel guitars, he’d come up and buy charvel guitars and he’s now my Ibanez Summer rep to my deluxe line up at the store”.

This is Reno: How is having two lead singers working out for the band?

Golden: F***ing amazing, because it gives us diversity, both these guys are famous singers and both have something in common, they sang with Ronnie Montrose. They have different styles, it gives us a way to write originals, I’ve written originals for both Paul and Randy, perfect for there styles”.

Scoles: “Yes it has worked well”.

Holdgate: “It wouldn’t work with anyone other than this guy, because he has no ego, most singers have f***ing gigantic egos and it just wouldn’t work”.

This is Reno: You guys have had had some really great special guest joining the band in recent months with Frank Hannon from Tesla, Steve Price from Pablo Cruise and now Brad Lang formerly from Y&T, do you have any plans for any other top notch rock stars in the future?

Holdgate: “Yeah, Alan Gratzer is gonna come up, Jimmy DeGrasso from Megadeth. We were looking at Gratzer coming up tonight, but he couldn’t do it because he had rotator cuff surgery. Gratzer played in the band REO Speedwagon for over twenty years, he was the original drummer. They’ve sold over forty two million records or something like that”

This is Reno: How is the new record coming along and when can we expect its release?

Golden: “The new record is coming along amazingly so, we kinda worked around Frank Hannon’s schedule, he’s back from Tesla, he got back late today, so we’re probably gonna hit it the next two weeks, he’s got a couple, three weeks off and he messaged me and said he wants to work on it. We’re probably eighty percent, eighty five percent done with the whole record”.

Scoles: “And you know every time when you release your first record, you always want to hear what the band does on the sophomore effort, if their going to rise above it, as good as the first one is, the second one is going to tear it up.

Golden: “And it’s weird, because the things that I have learned from doing the first one verses the second one is this is the way it works, before it was all new”.

This is Reno: Well that’s all I got, thanks for taking the time to let me do this. Now go blow the roof off this joint. (everyone cheers)