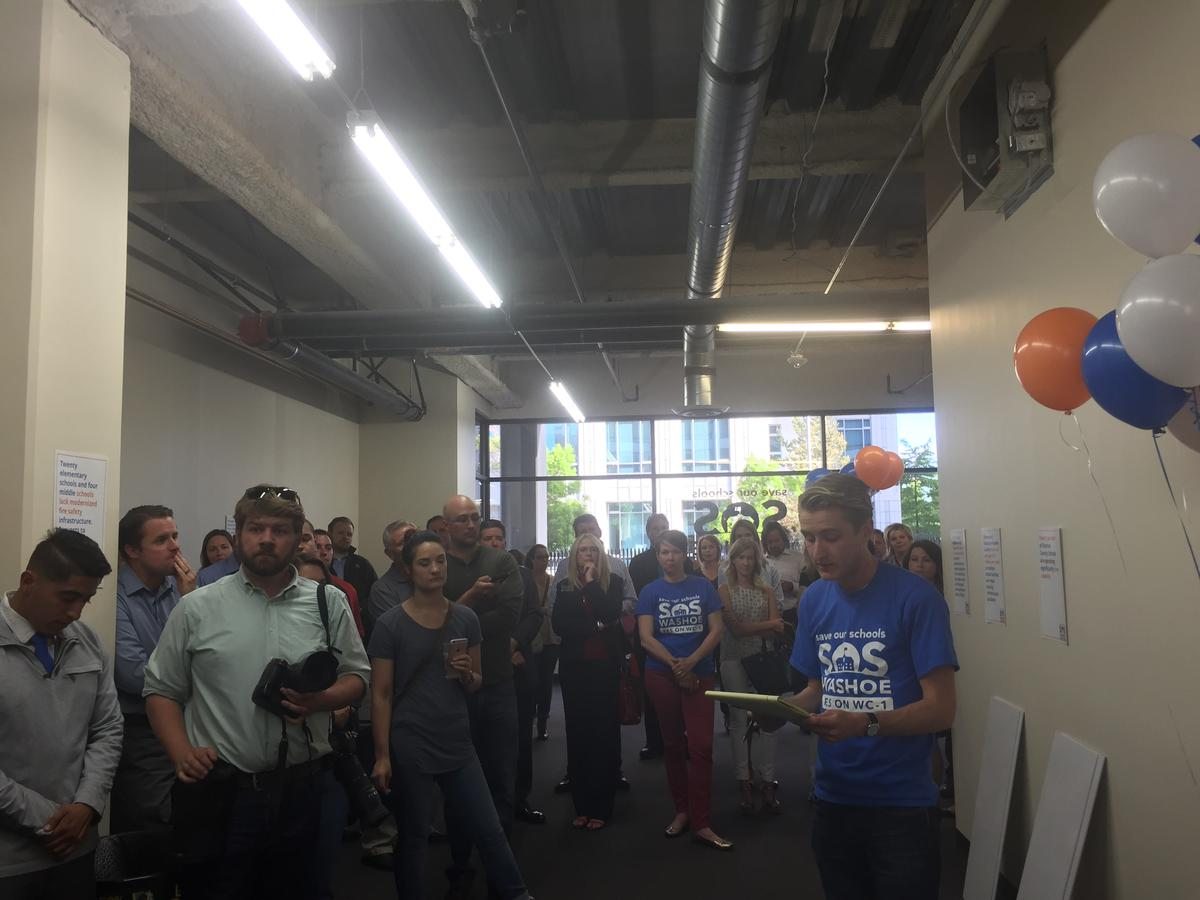 Almost two hundred peopled packed the new Reno headquarters of a grassroots organization working to get a ballot measure passed that would increase the sales tax in Washoe. The tax revenue generated would fund school capital projects.

The Coalition to Save Our Schools just kicked off their SOS Washoe Campaign to pass a November ballot measure that would increase the sales tax by about half a percent to generate money for schools. The Washoe County School District has many run-down buildings and severe overcrowding, even facing the possibility of double sessions. That would mean splitting the student body into two groups, each starting at different times.