By Chris Moran May 3, 2016
This beautiful building now once housed a school, but is now a museum in Virginia City. It's worth a stop by anyone heading that direction. 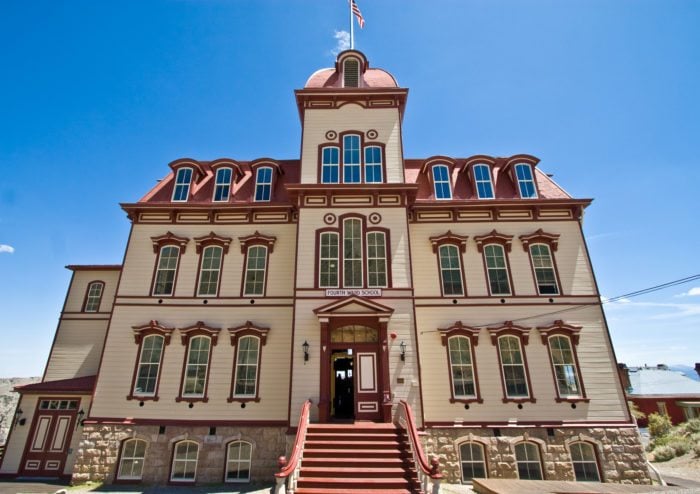 This beautiful building now once housed a school, but is now a museum in Virginia City. It’s worth a stop by anyone heading that direction.

Everyone loves day trips. Not so much schoolhouses.

Blame it on the general lack of awareness of Nevada’s amazing old schools. Because if there’s any reason to drive miles into rural Nevada, it’s these historical beauties.

Historic Fourth Ward School Museum in Virginia City
This authentically preserved 1876 Victorian school building sits on the south side of Virginia City, a little bit past the town’s center and the flashy fun of the Bucket of Blood Saloon and Virginia City Brewery and Tap House. The Fourth Ward School Museum, open through Oct. 31, has exhibits about Mark Twain (who lived in Virginia City in the early 1860s, writing for the Territorial Enterprise newspaper); education in a 19th century western city and letter press printing. Admission is $5, $3 children.

Make a day trip out of it: Drive the loop route from Reno to Virginia City to Carson City to Washoe Lake State Park and back to Reno, a 73-mile drive. Along the way, check out two Nevada state museums in Carson City, the Nevada State Museum, Carson City, open Tuesday through Sunday; and the Nevada State Railroad Museum, open Thursday through Monday. Another option is walking the Kit Carson Trail, also called the blue line trail, a walking path through Carson City’s historical district. Pick up a map at the Carson City Visitors Center.

On the drive back to Reno, stop at Washoe Lake State Park to hike some of the area trails or visit the wetlands viewing area. 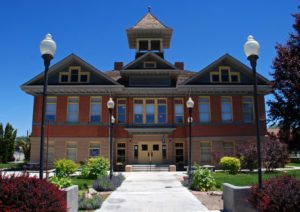 Jean Dini Center in Yerington
Formerly Yerington Grammar School No. 9, the Jean Dini Center houses two art galleries and a café (open Tuesday through Friday), as well as meeting spaces. It’s a great place to stop for lunch when driving the loop from Reno through Fernley, Yerington, Gardnerville and back to Reno. This 186-mile route goes past Fort Churchill State Historic Park, bucolic Smith Valley and the towns of Gardnerville and Minden.

Fort Churchill State Historic Park features the ruins of an 1861 U.S. Army fort. Interpretive signs and a small visitors center tell the story behind this western outpost. You also may want to check out nearby Buckland Station. It’s part of the state park, but located about a half-mile south of the road to Fort Churchill. After Fort Churchill was dismantled, Samuel Buckland built the two-story house and rented rooms to pioneer travelers. Riders on the Pony Express, the Old West horseback mail service, stopped here to change mounts. Admission to Buckland Station museum is $1.

Smith Valley is a small agricultural community whose streets still serve as trails for sheep and cattle drives. Minden and Gardnerville are larger towns in the Carson Valley. Places to stop here include the Dangberg Home Ranch Historic Park in Minden, tours available by reservation; Jacob’s Family Berry Farm in Gardnerville (the 2016 berry season runs from late July to early October); Carson Valley Museum and Cultural Center in Gardnerville and 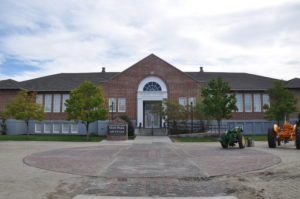 Oats Park Arts Center in Fallon
The Oats Park Arts Center in Fallon is the primary venue for the Churchill County Arts Council. This handsome structure was built in 1914 as a school, and was designed by prominent Reno architect Frederick DeLongchamps. Today, it’s open for performances, film screenings and other events. The center also exhibits artwork; galleries usually are open before performances.

The drive to Oats Park Arts Center from Reno is about 63 miles. If you’re heading out that way for a show, you might want to pair it with some interesting Fallon food-and-wine stops: Lattin Farms, The Slanted Porch restaurant and Frey Ranch.

Lattin Farms is an organic farm in Fallon with a seasonal produce stand and annual fall festival featuring a corn maze. The Slanted Porch restaurant is committed to farm-to-table dining, utilizing produce grown on its own farm as well as other local agricultural enterprises. Frey Ranch is a “grain to glass” distillery producing gin, vodka, bourbon and other spirits using grains grown, distilled, malted and bottled on the historic Frey Ranch. Frey Ranch, which also houses Churchill Vineyards winery, is open for distillery tastings from noon to 4 p.m. Saturdays.