A feasibility study is being conducted by the Economic Development Authority of Western Nevada (EDAWN) that will look at potentially building a new performing arts center.

A news brief published March 24, 2016 in the Northern Nevada Business Weekly (NNBW) reported that the proposed facility would replace the Pioneer Center for the Performing Arts downtown, which was news to those involved in the performing arts community.

“The Economic Development Authority of Western Nevada (EDAWN) is raising funds for a feasibility study on the possibility of a new performing arts facility,” the NNBW reported. “The new facility would replace the decades-old Pioneer Center in downtown Reno. The feasibility study costs around $70,000 and $30,000 have been raised so far. 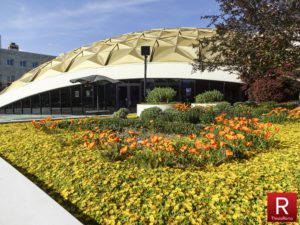 This week, an email was sent to “a few invited to participate in a feasibility study.” In it, EDAWN CEO Mike Kazmierski announced that feasibility study meetings are being held at the Nevada Museum of Art May 18, 19 and 20, 2016.

It also announced that “EDAWN, with support from several civic-minded people, has taken the lead to commission a feasibility study…”

Some commenters online said that any proposal and discussion about a new facility should involve those in the performing arts community.

Others questioned the funding possibility but praised the effort, saying that the Pioneer Center is “functionally inadequate” as a performing arts facility.

The EDAWN email is below.

From: Pam Matteoni [mailto:[email protected]] On Behalf Of Mike Kazmierski
Sent: Tuesday, May 10, 2016 2:38 PM
To:
Subject: You Are One Of A Few Invited To Participate In A Feasibility Study for a New Performing Arts Center

For many years the arts community in the Reno-Tahoe area has dreamt of building an iconic Performing Arts Center in our region. Because we believe that our region is undergoing a significant renaissance in business and new entrants into our community, the time has come to assess the feasibility of such a project.

We are aware of several projects that have been discussed by individual entities in the arts community, but we believe such an undertaking will require a consolidated approach of all such stakeholders to meet the needs of all parties within our collective funding constraints.

EDAWN, with support from several civic-minded people, has taken the lead to commission a feasibility study, whose objectives are to answer questions such as:

· What are the appropriate seating capacity and required performance capabilities?

· How would a new performance venue complement existing facilities in the marketplace?

· What is a realistic projection of annual income and operating expenses?

· If such a center makes sense, when should it be launched?

We have recently engaged AMS Planning & Research to complete a feasibility study for this initiative. AMS is a management consulting firm that works across the nation and specializes in business planning for arts and cultural capital projects.

Members of AMS’s project team, Bob Bailey and Danielle Boyke, will be visiting Reno on May 18, 19, and 20 to conduct individual interviews with community leaders, arts organizations, and other stakeholders to discuss the study and understand perspectives on how a potential center would impact the community, strengths and challenges of the project, and programming and operating expectations.

We would like you to meet with Bob or Danielle on one of these dates to offer your insights on the need for a new Performing ArtsCenter. Meetings will be 30 minutes long and are taking place in the Founder’s Room at the Nevada Museum of Art, 160 W. Liberty Street. The dates and times available are:

Thank you in advance for your assistance with this exciting study and we look forward to hearing from you.

CATS will play Pioneer Center for the Performing Arts in...

JESUS CHRIST SUPERSTAR will play at Reno’s Pioneer Center for...

Quality hygiene items are much needed in homeless communities (sponsored)