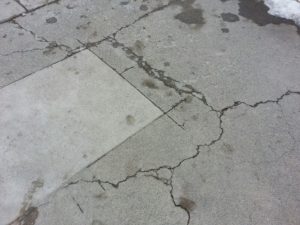 How Did We Get Here?

She has to be.

Built in 2003, Damonte was built as a combination middle and high school with a base capacity of 1,597 students. Meant to alleviate overcrowding at Pine, Damonte was anticipated to be enough for projected needs through the passage of the rollover bond approved by voters in 2002.

Today, Damonte Ranch has 1,722 students. With the aid of portable classrooms, they can accommodate 200 more. With the variety of classes and electives outside of “reading, writing and arithmetic,” creative scheduling has enabled Damonte to power on with classes like weights and performing arts already being held outside of school hours. A grant helps to pay the $100 a day to bus students whose last classes end at 4 pm.

Pete Etchart, chief operating officer of Washoe County School District, provides the projection of 1,800 students at Damonte next year and 1,958 for 2019-2020. Damonte’s projections are even higher coming in 1,833.

“There is no question we are in desperate straits,” Hausauer says.

The situation at Damonte is the story heard round the county where 130 trailers dot the landscape of our campuses, providing two extra classrooms per trailer but the sizes of cafeterias, lockers and even facilities like bathrooms remain unchanged. While Damonte and other schools have been able to apply the band-aids that have held this situation together, even the cleverest leader eventually runs out of options.

In 2002, near the beginning of the housing boom, most knew that we were in the midst of growth, the kind Washoe had never really experienced.

Voters approved a rollover bond to fund the building and upkeep of existing schools that are now on average at least 40 years old. Washoe, being the only county in the state that has one regular source of revenue for building and maintenance, per law, and getting less than $0.39 per $100 from property taxes, had been treading water with growth.

Even now as growth continues existing revenues cannot keep up with the needs of capital improvements where costs are exceeding more than income.

After a decade of attempts to address the situation of growth within state statutes including two legislative bills and a 2008 legislatively approved bond initiative that failed at the voting booth, these schools are now at critical mass.

Washoe County outsiders continue to control not only how we fund the building and maintenance of our local schools, but also whether or not we even get to vote through the red tape of state laws and required legislative approval to even place a bond on Washoe’s ballot.

Meanwhile, the growth doesn’t stop. Annexations in Lemmon Valley, Verdi and more are being built daily and with no significant source of income for capital needs … we are left a decade behind.

For a list of past and current building needs, costs, bids and more,  information is maintained and available to the public in the WCSD Data Gallery http://datagallery.washoeschools.net/buildings/Home.aspx

Critical Mass is the first article in a series that addresses questions, myths, misinformation, state statutes, the school district and the 2016 bond initiative that will appear on the November 2016 ballot. Read the complete series.