The Sky Ranch Park, originally constructed in 1982 and located at Pyramid Way and La Posada Drive, has been increasingly surrounded by development. The county sold it to Pyramid Urban Achievers LLC for potential commercial development.

“The property was rezoned to neighborhood commercial while it was in escrow, with the county’s cooperation,” said county spokesman Chris Ciarlo.

According to a statement by the county: 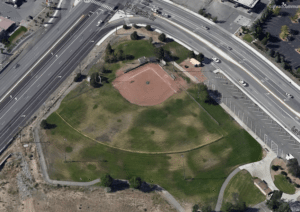 With the tremendous growth in Spanish Springs over the past 30 years, this once rural area has grown tremendously, including the development of parks. Since constructing Sky Ranch Park in 1982, Washoe County has built four additional parks in the area (Eagle Canyon, Lazy 5, Desert Winds and Gator Swamp). The City of Sparks also operates more than 50 parks in the vicinity to meet the recreational needs of the community.

The county said that it no longer had the staff or the financial resources to maintain the property, and after public input, it decided to sell the land.

Eagle Canyon Park, a mile away, is expected to be used for recreation, and proceeds from the sale are going back to the area for parks development in Spanish Springs.