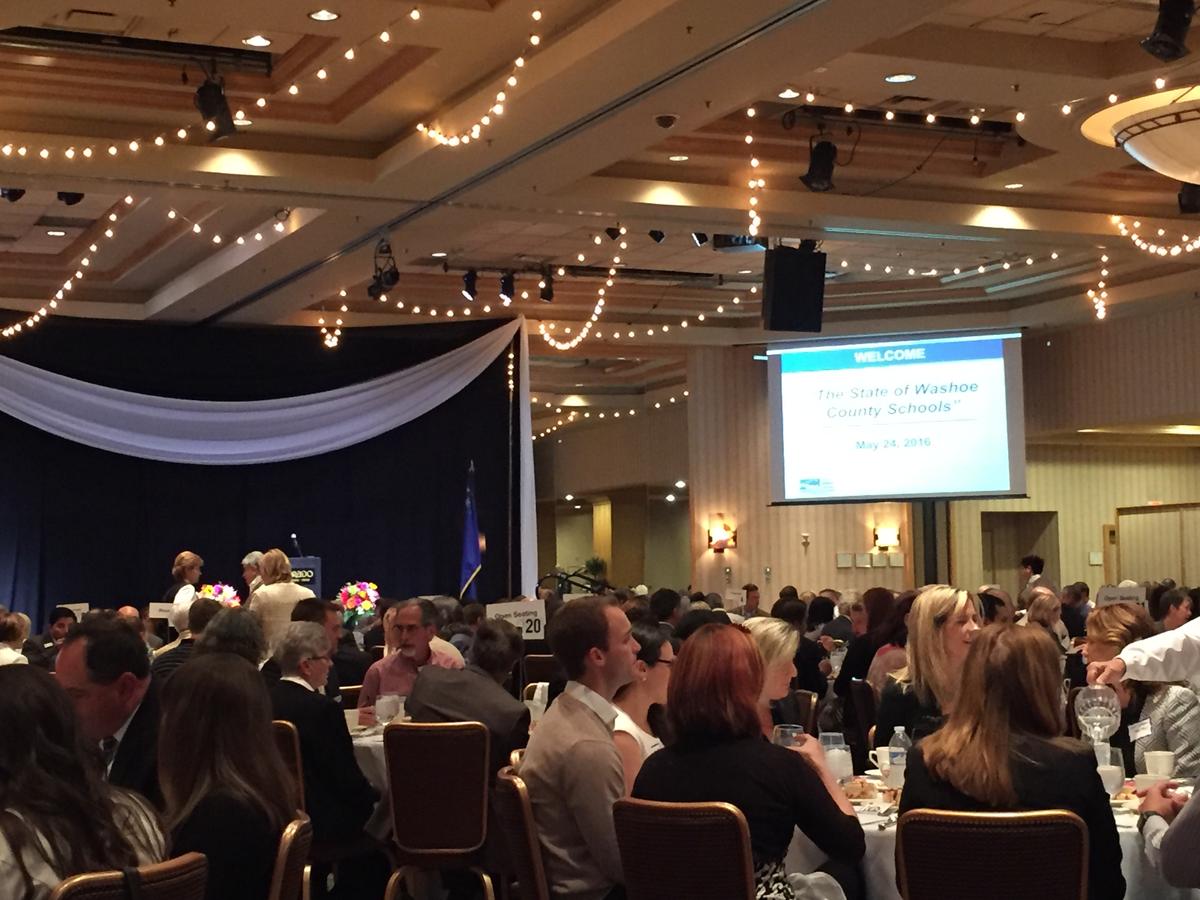 A proposed sales tax hike of about half-a-percent is on the November ballot to generate funds that would alleviate school overcrowding. The Economic Development Authority of Western Nevada, or EDAWN, hosted the event.

Mike Kazmierski the head of the organization says the district is on the brink of adding 600 more trailers. That’s on top of the more than 200 already being used as classrooms.

“Of course it’s important to EDAWN; it’s important to our economy,” Kazmierski says. “If we don’t do something about our schools, we drop a prospect in here and show them trailer parks for education, what are they going to think of us? It’s pretty hard to sell that to a tech company that’s looking at our community.”

Longtime Reno resident Luke Hermann works for a construction company and Gretchen Beitz is a fundraising consultant and mom. They both attended the event and agreed this is an urgent problem. “The folks that we employ look at the quality of education,” Herman