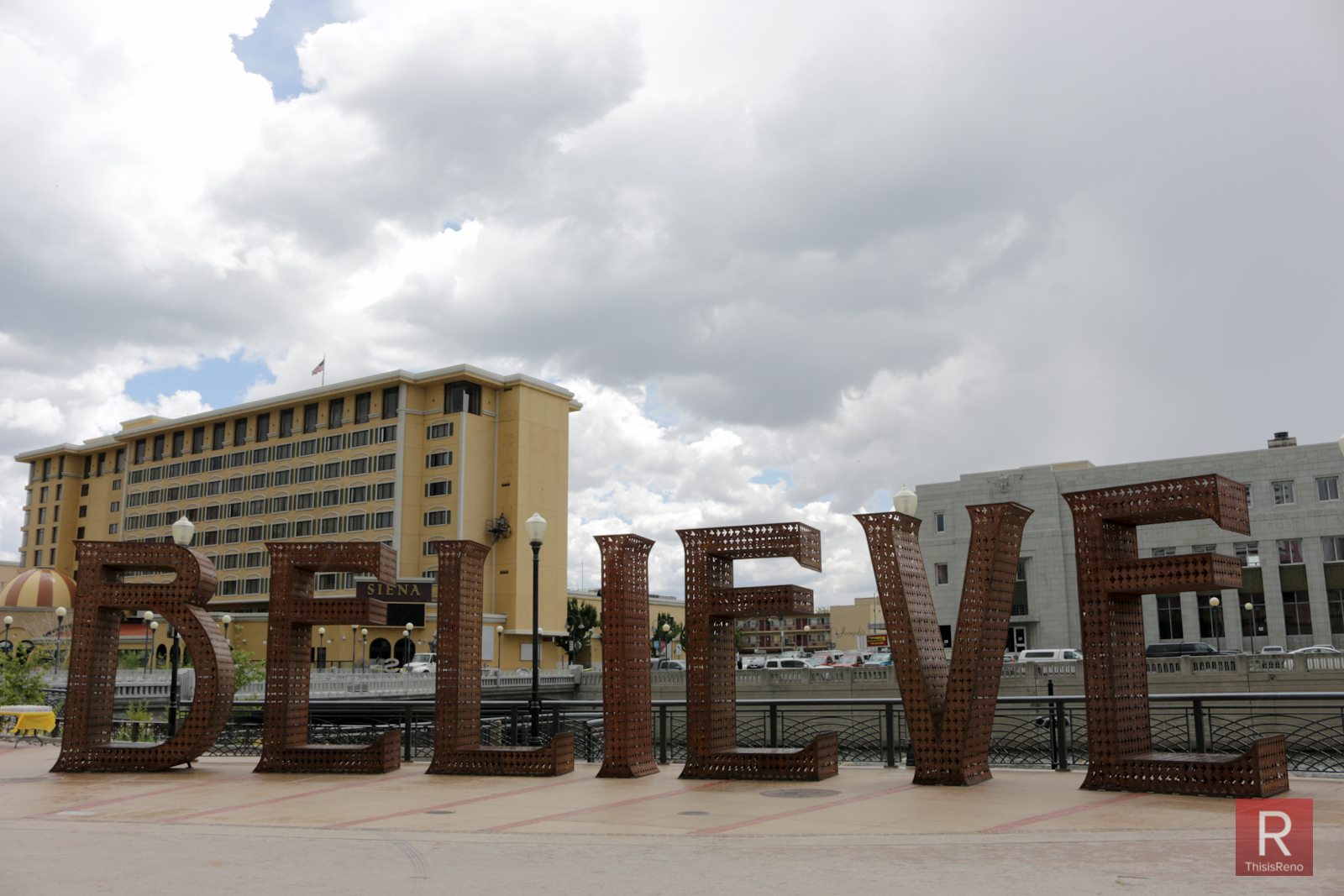 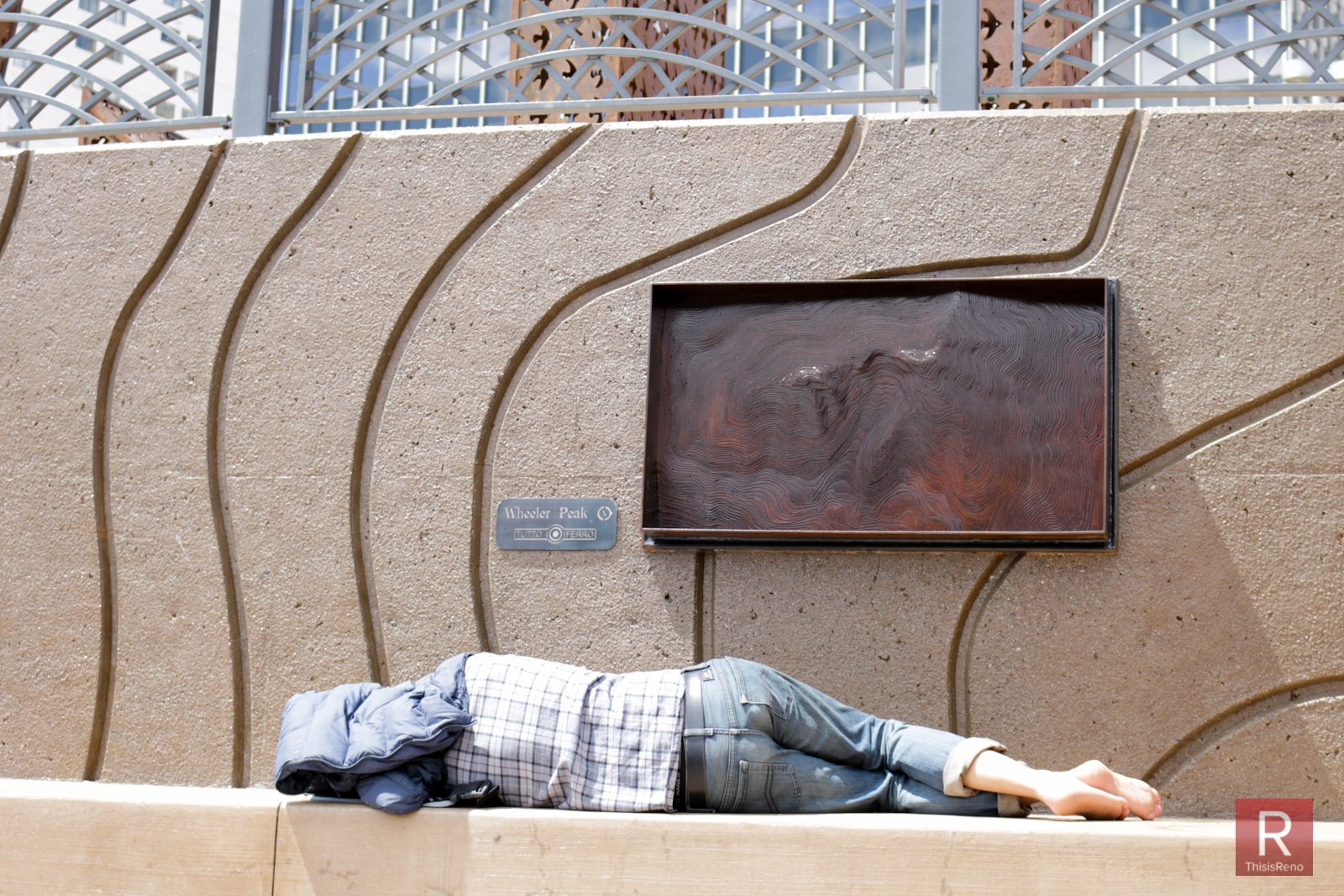 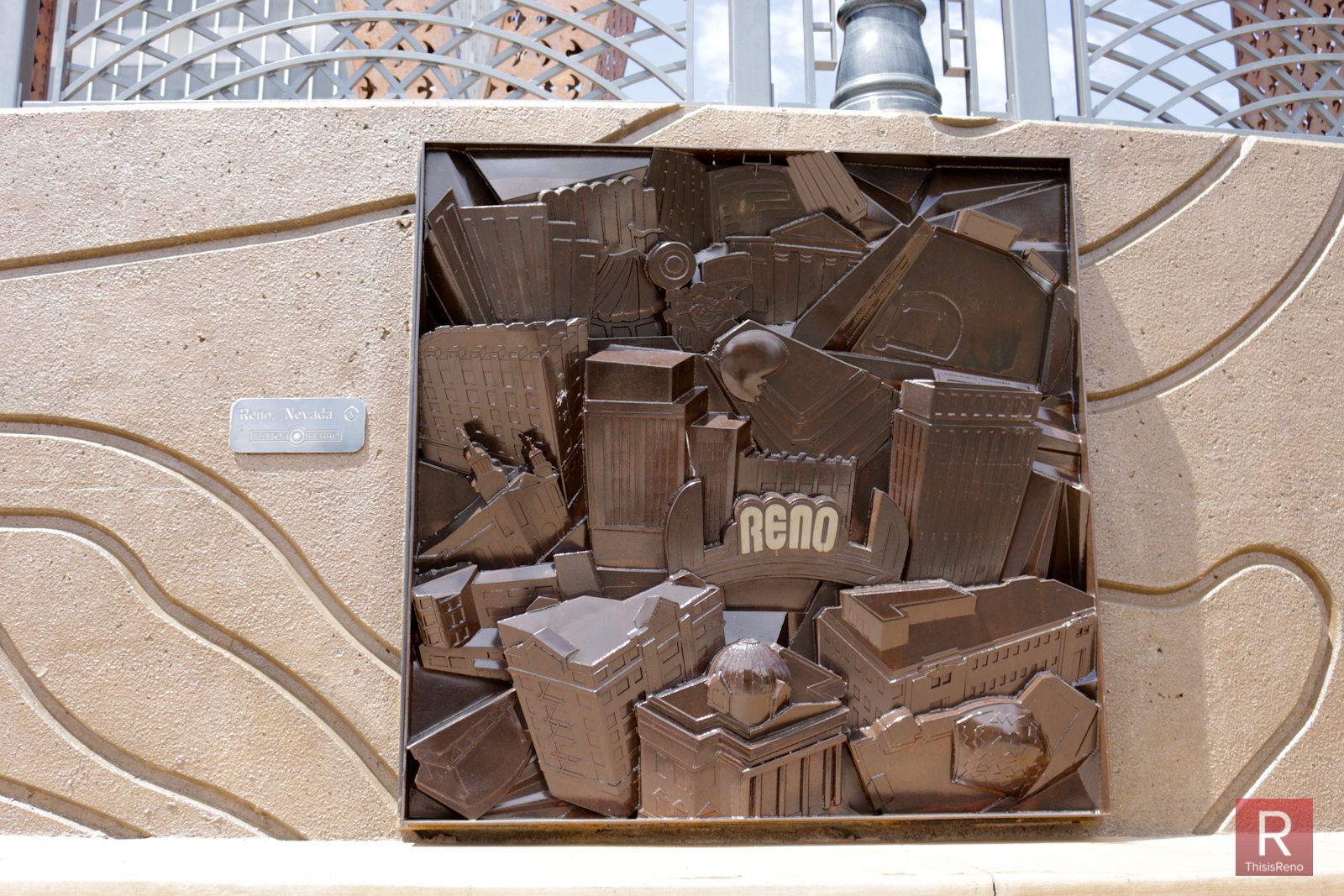 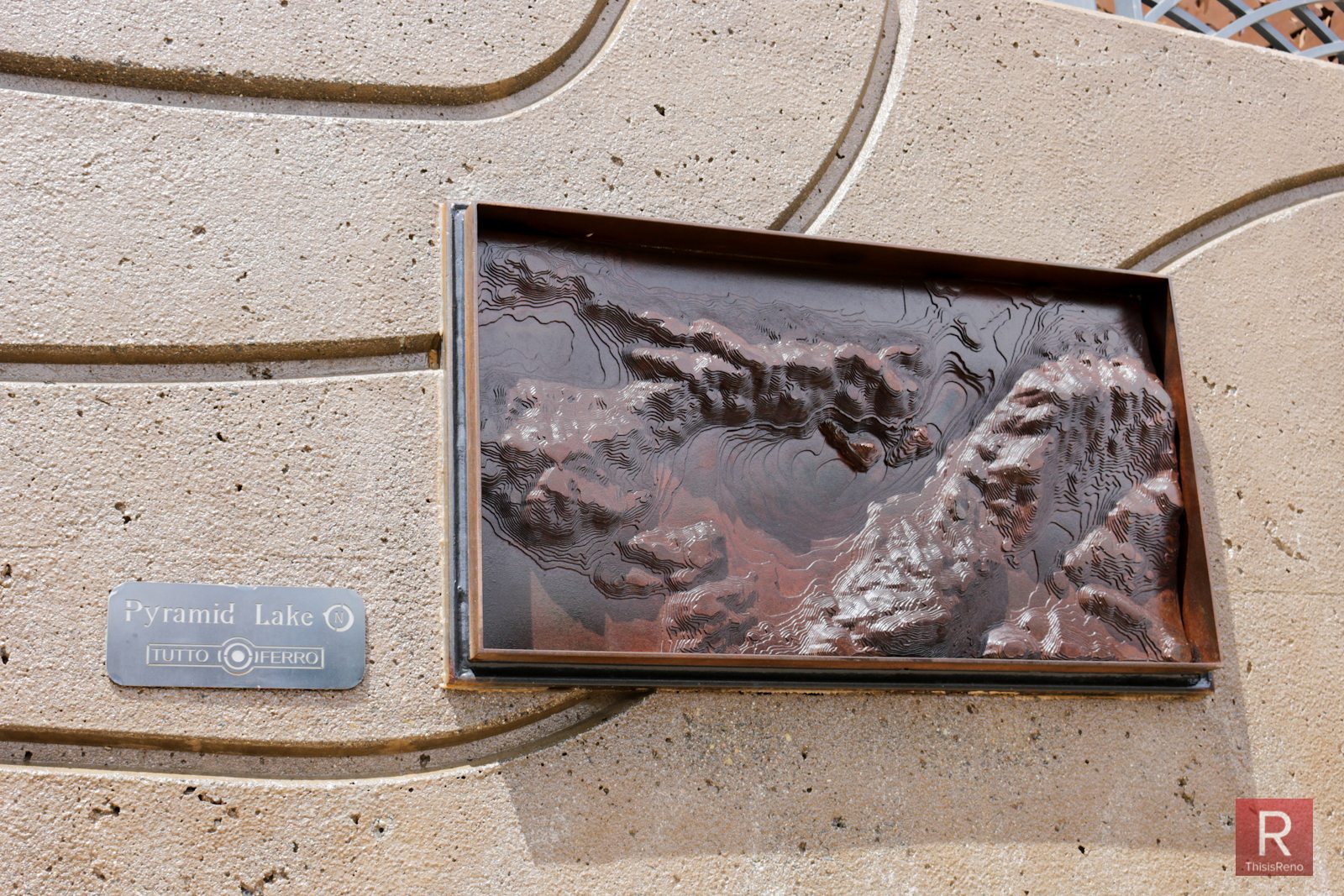 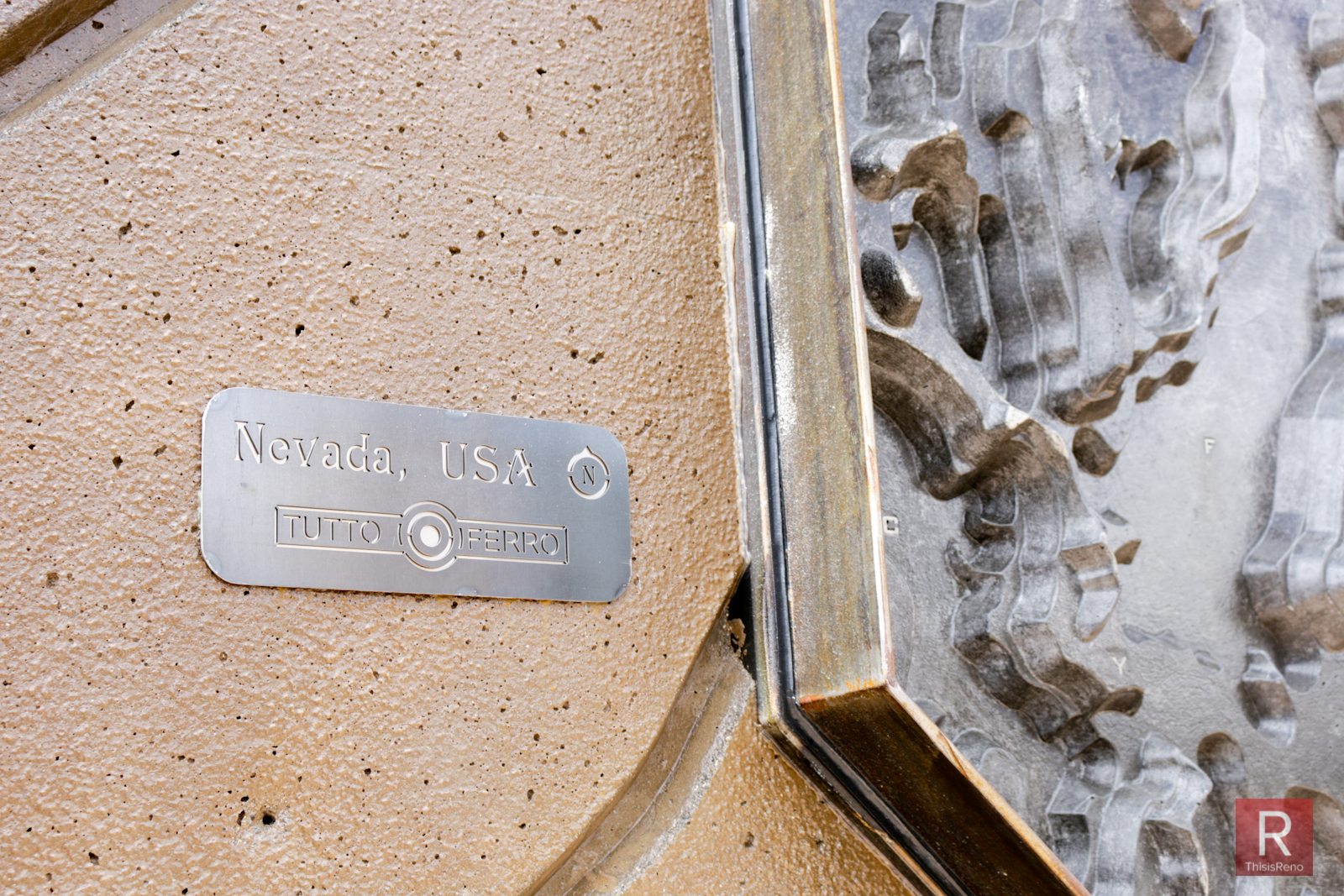 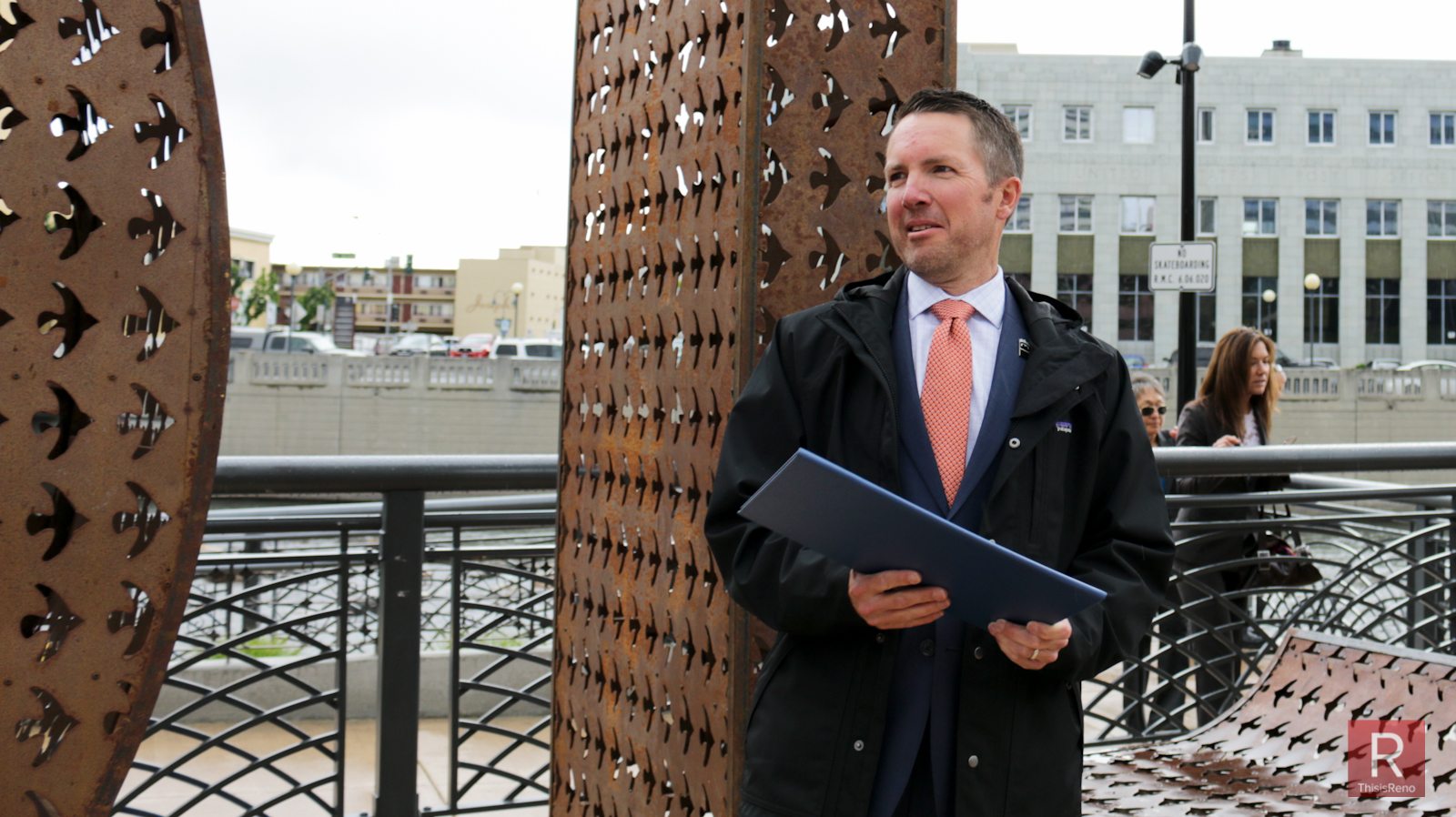 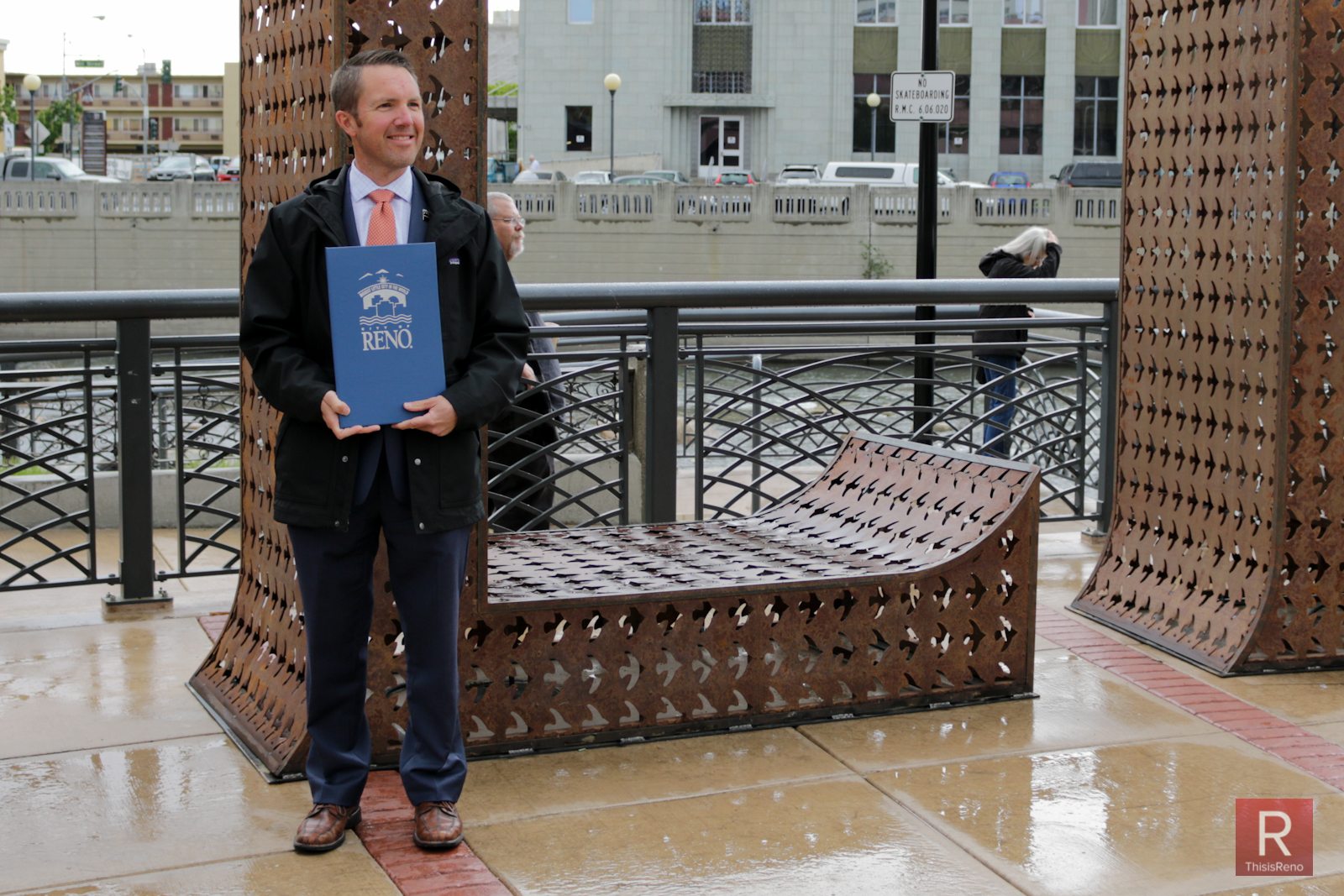 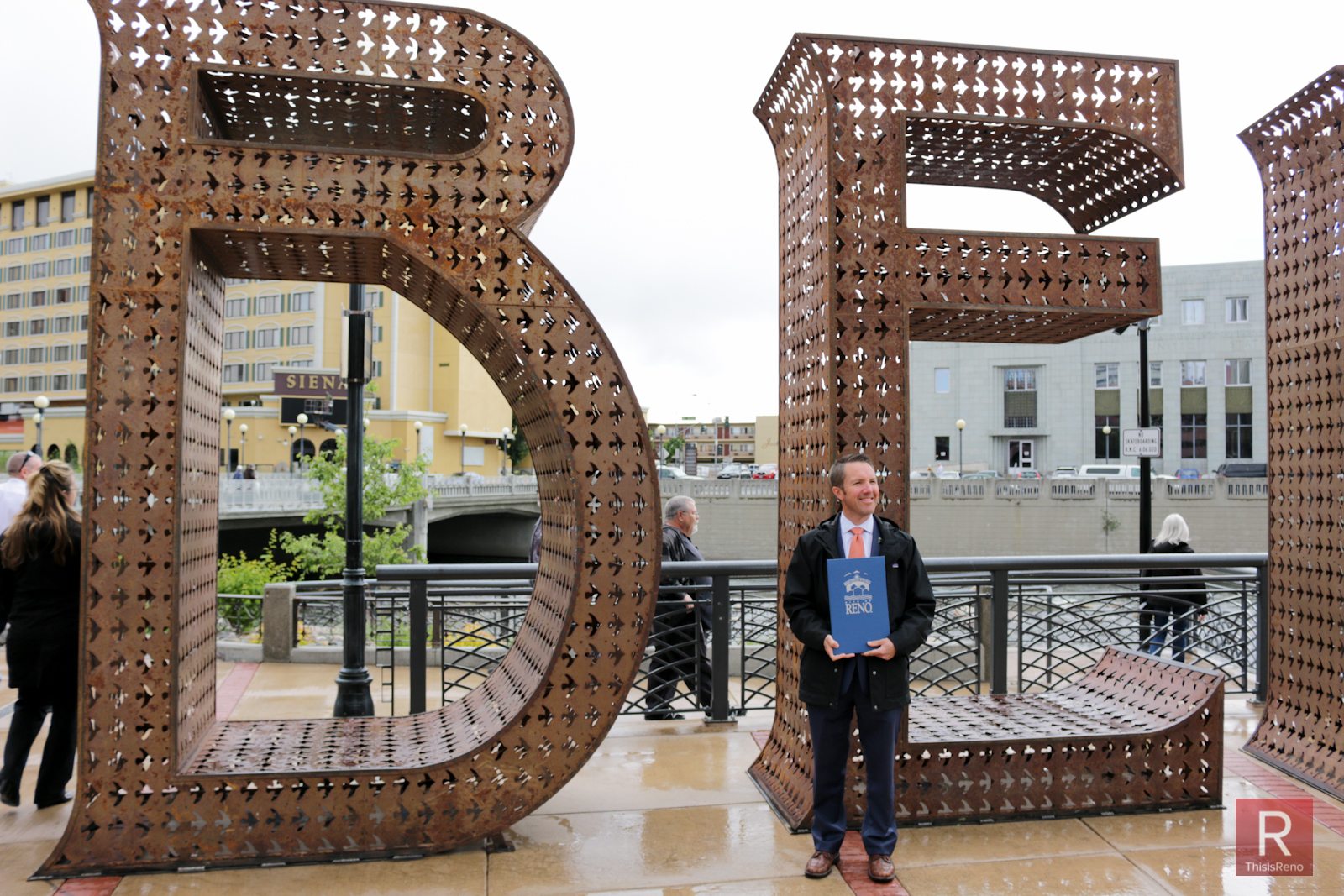 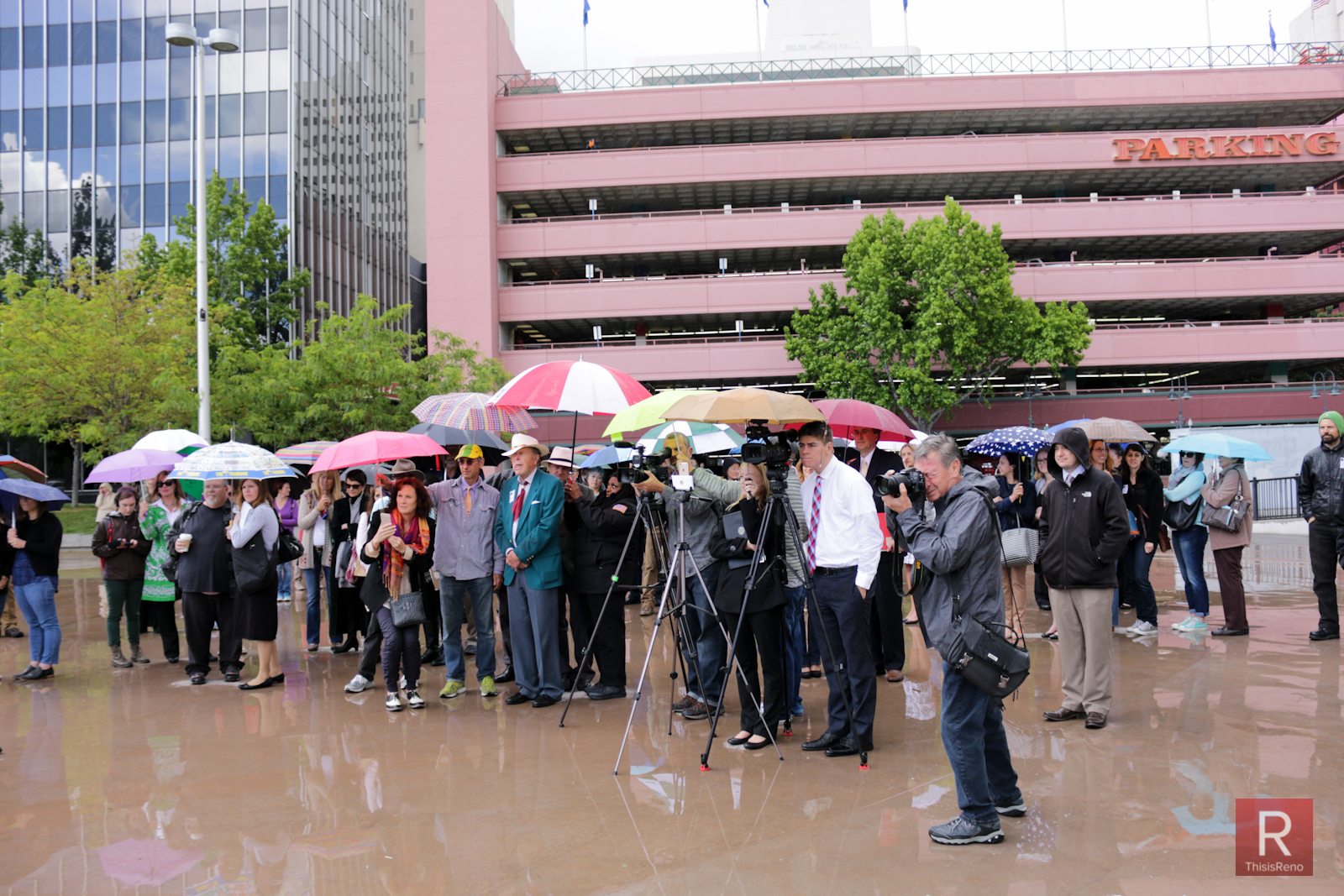 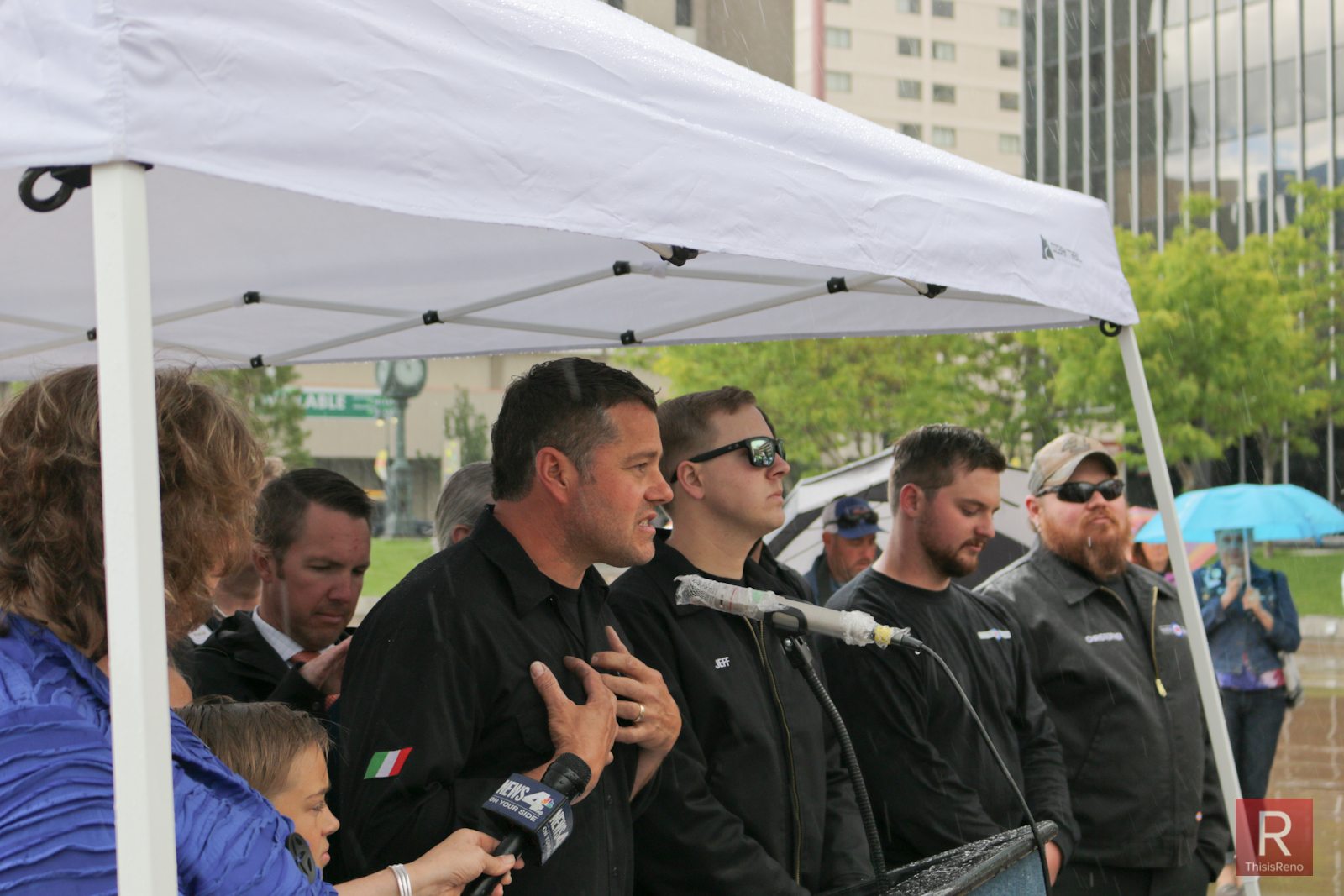 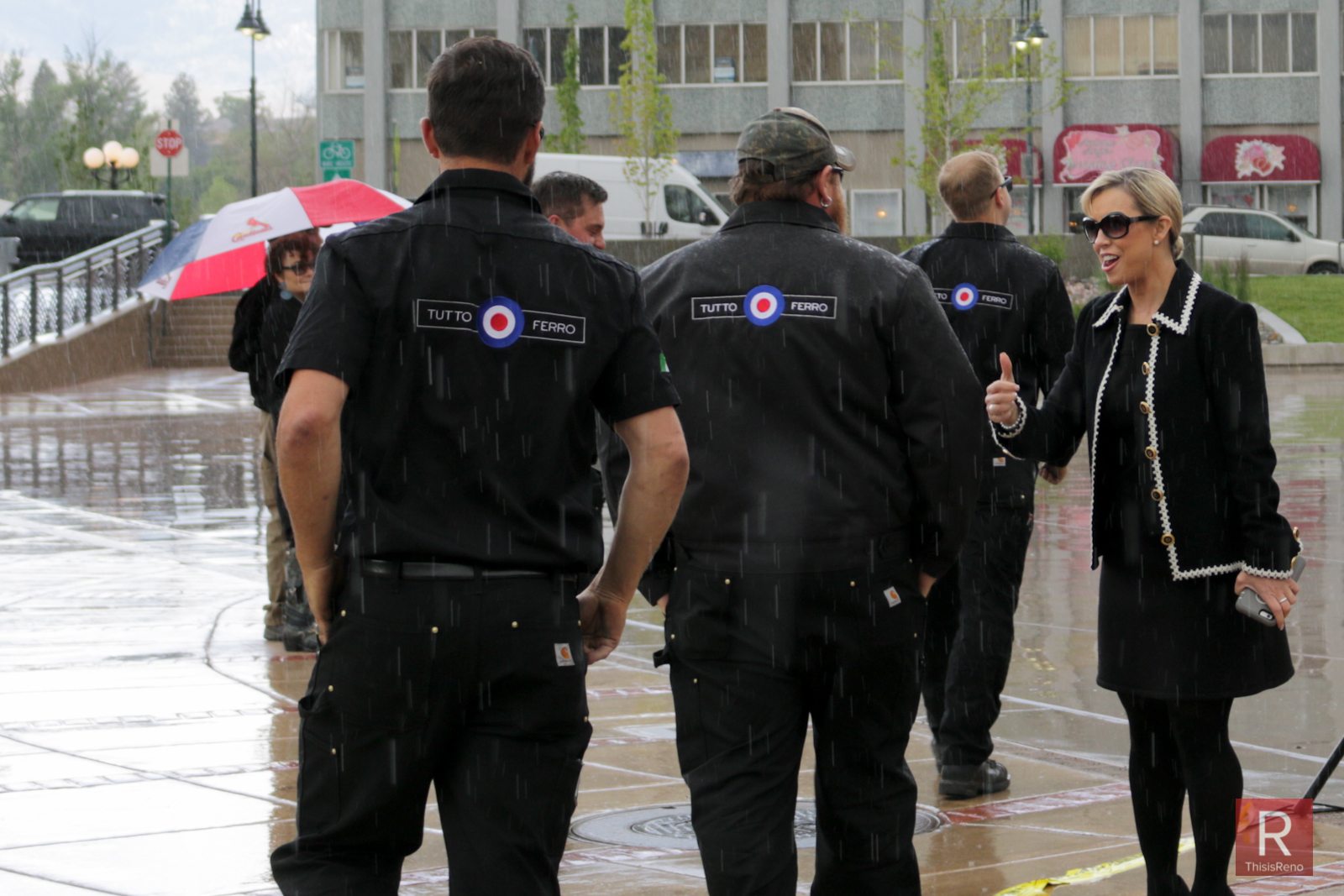 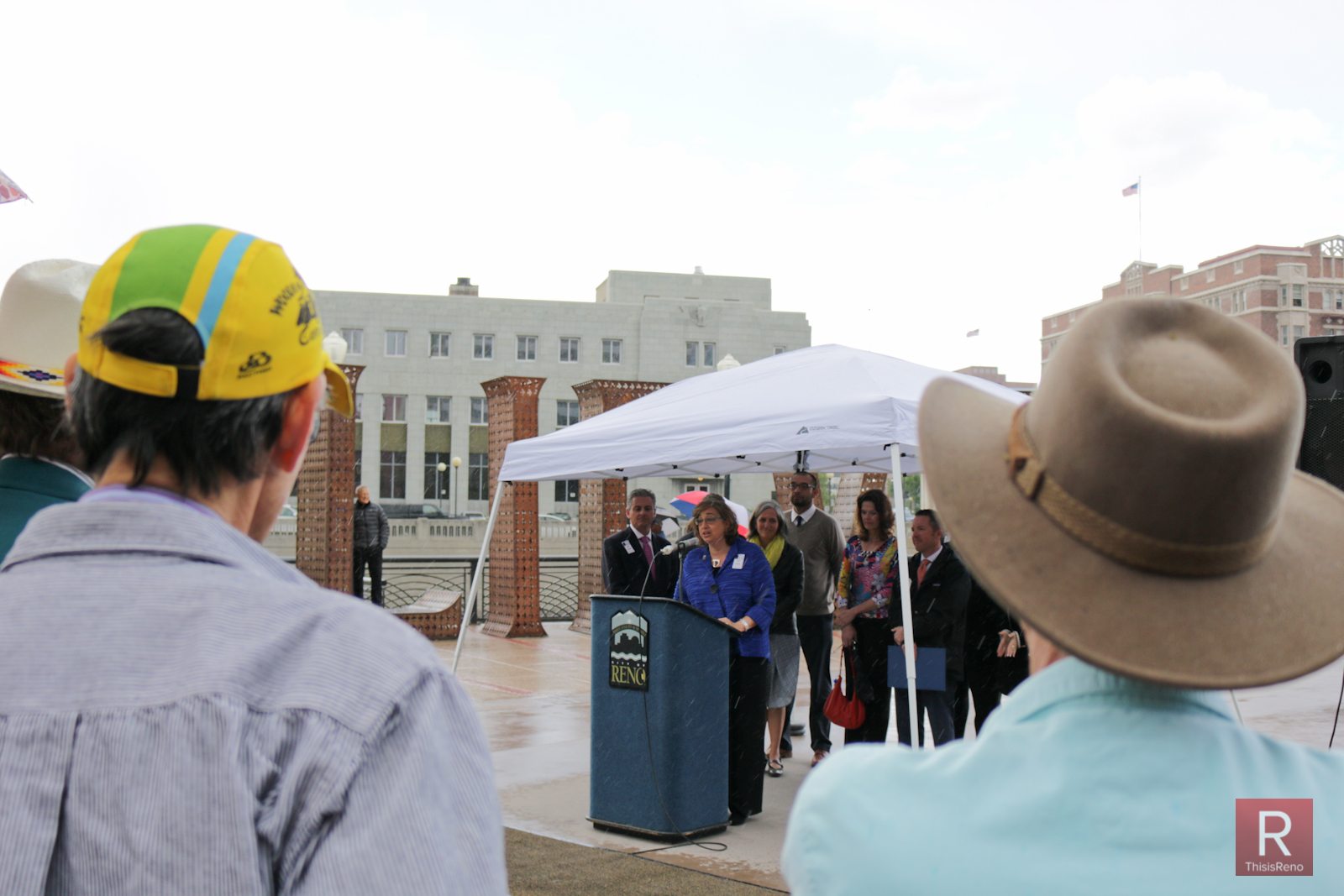 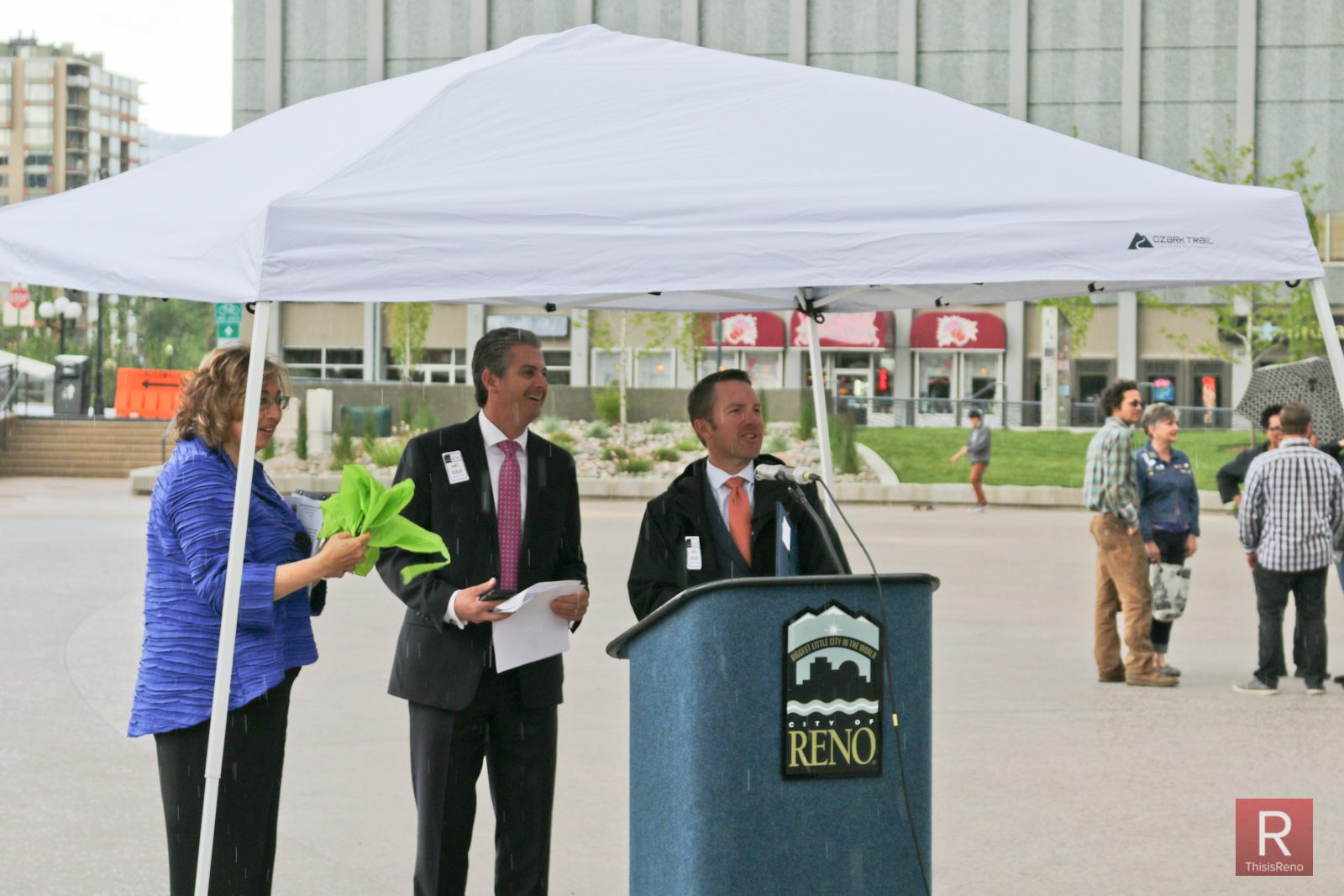 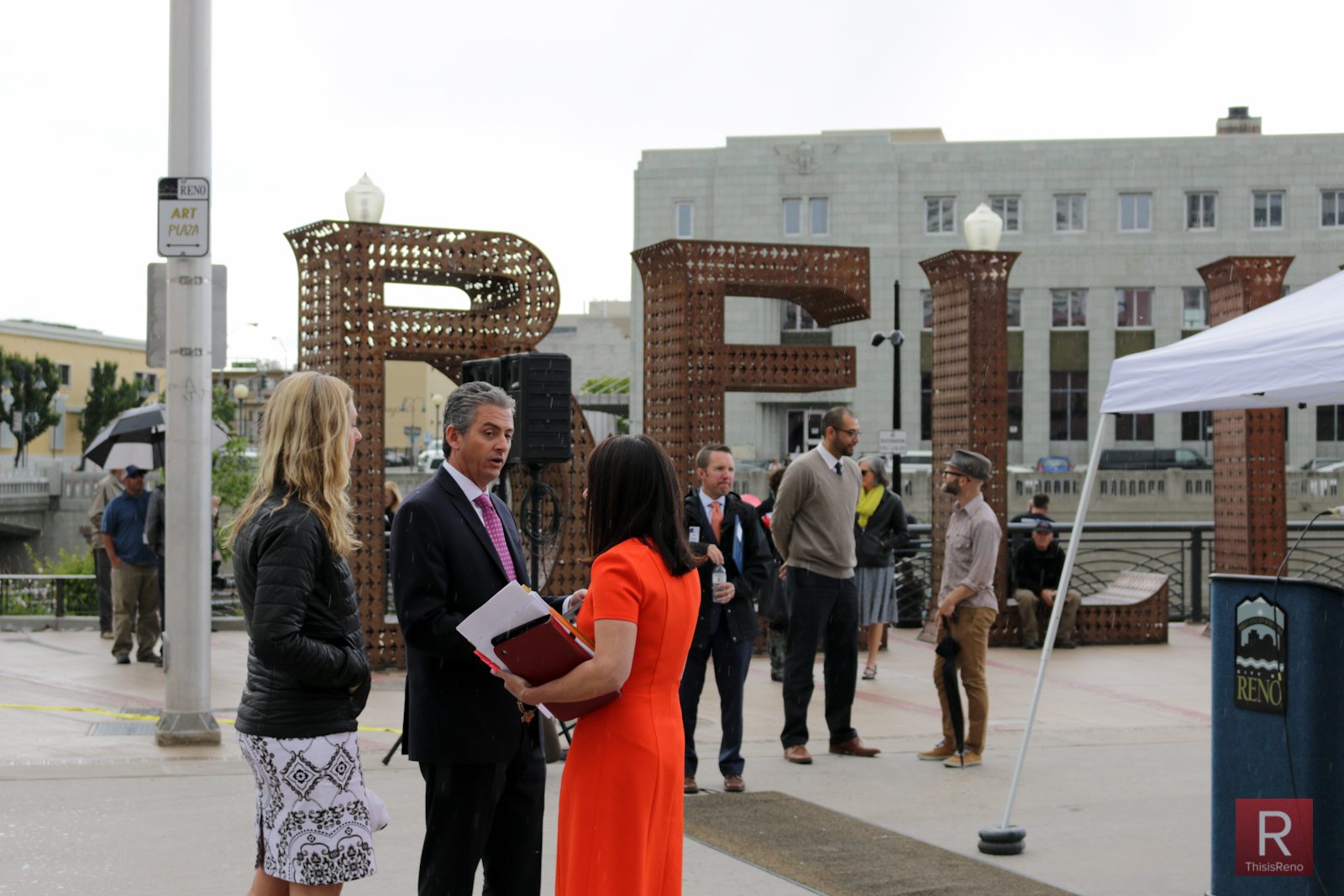 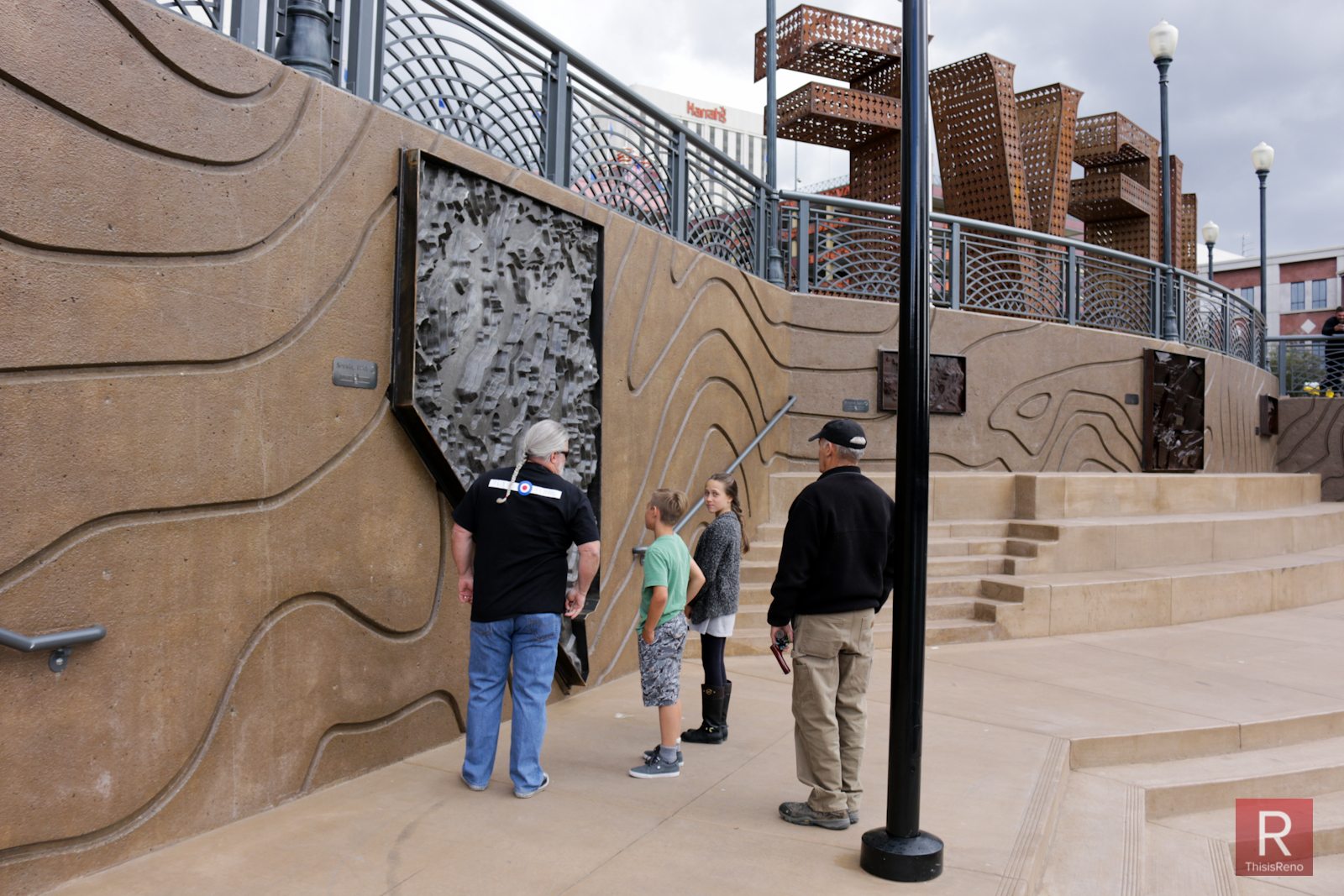 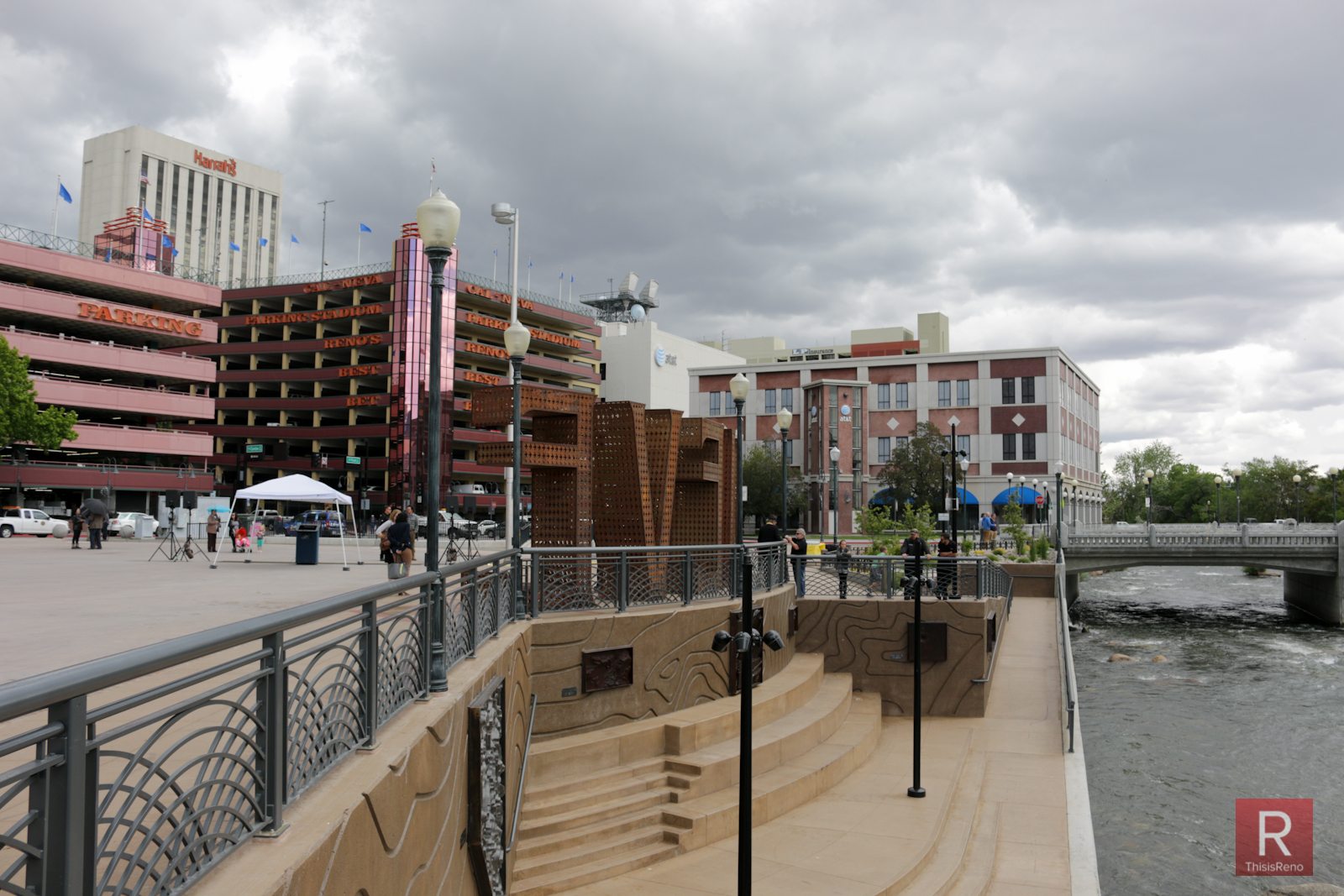 Art depicting Northern Nevada that adorns the new Virginia Street Bridge was officially dedicated Wednesday during a ceremony attended by several dozen people that was accompanied by rainfall.

The 185-foot-long bridge opened last month. It crosses the Truckee River on Virginia Street south of City Hall. City Plaza, located on the northeast side of the bridge, also re-opened with river access and was dedicated as an art plaza.

BELIEVE, a 12-feet-tall word sculpture made by Northern California artists Laura Kimpton and Jeff Schomberg, was moved to City Plaza on Tuesday from the downtown ReTRAC Plaza.

Additionally, an interpretive area with panels that point out the former bridges’ structures and the importance of flood walls is located on the bridge’s southeast corner.

Topographic art representing the region is now in the river access area. It was created by Reno-based Tutto-Ferro.

“Through the use of steel and concrete, our concept for the Virginia Street Bridge art component highlights topographically the extremes (in Nevada), some natural, some manmade,” said Paolo Cividino, a Tutto-Ferro representative. “We strived to create something educational in hopes that classrooms of children will visit these maps and get lessons in topography and geography and develop a sense of place on how amazing it is to be a Nevadan.”

Public art is something that makes a municipality more welcoming, improves the economy and promotes local businesses, city officials said.

With efforts to preserve as much from the past as possible, the historic lighting structures and rails were refurbished and reinstalled in the area. Old plaques were also reinstalled.

The $18.3 million bridge project replaced the 1905 bridge. Construction began in June 2015 and finished about a month ahead of schedule.