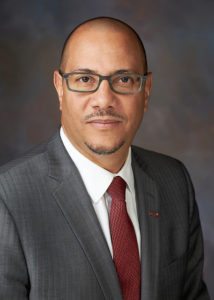 The Nevada System of Higher Education Board of Regents named today John White as acting chancellor of the system. He starts June 3, 2016.

White is from the University of Nevada, Las Vegas.

“I’m honored to serve as chancellor and am looking forward to working with the presidents and the Board of Regents to continue our mission of improving lives through education,” White said. “I intend to use this opportunity as a time to listen to our internal and external partners on how we can improve and thrive in this rapidly changing environment.”

He previously served as UNLV’s executive vice president and provost.

White will serve through June 2017 as acting chancellor until the position is filled permanently.

White succeeds Dan Klaich who retired after controversy reported in the Las Vegas Review-Journal over the use of a contractor and allegations of misleading the Nevada legislature. Klaich denied the allegations and said that emails were taken out of context.