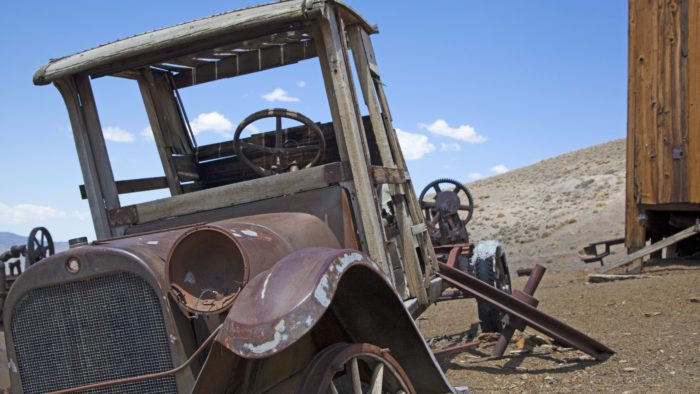 A Nevada road trip usually includes a ghost town, by design or by accident. The state has more than 600, according to my colleagues at Nevada Magazine, so it may be impossible to drive any distance in Nevada and not see a ghost town.

This is a plus. You’re seeing the remnants of people’s hopes and hard work in those abandoned brick buildings and crumbling stone fireplaces. You’re seeing part of the story of the American West.

Hardcore Nevada ghost town explorers may want to check out Nevada Magazine’s recently published ghost town map (It’s $7.99 plus $1 for shipping and handling, and can be ordered here.) But here’s a look at three well-known ghost towns to check out. 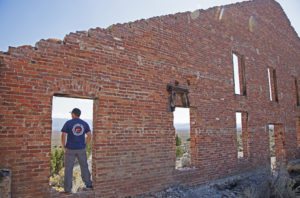 Infamous criminal Charles Manson once may have camped in Belmont, about 283 miles from Reno (through Tonopah) in central Nevada. Of course, the town predates the alleged Manson visit by almost a century. Belmont was founded after an 1865 silver strike in the area. By the 1870s, the population peaked at about 2,000 people, but dwindled after the mines shut down. Today, a couple businesses remain, along with old wooden structures and the Belmont Courthouse, which sports graffiti that may have been left by Manson. The courthouse is closed, but tours are offered from May to September through Friends of the Belmont Courthouse.

Make it a weekend: If you’re traveling from Reno, you may want to overnight in Tonopah (about 45 miles from Belmont), a former mining town and home to the Tonopah Historic Mining Park and the Central Nevada Museum. Interesting places to stay: The Mizpah, a restored historical hotel, reportedly haunted; and the Clown Motel, which is just scary. Here’s a review from Atlas Obsura: Clown Motel.

This central Nevada ghost town pairs up with an ichthyosaur fossil site to form Berlin-Ichthyosaur State Park, about 141 miles southeast of Reno. Founded in the late 19th century, Berlin saw its mine produce a total $849,000 before residents abandoned the town in 1911. Today, visitors can explore the remaining buildings on a self-guided tour as well as take a guided tour of the Diana Mine on weekends from May to September. Also in the park is the Ichthyosaur Fossil Shelter, an excavation site housing the fossils of ichthyosaurs — prehistoric marine reptiles that swam in a warm ocean covering central Nevada 225 million years ago. Fossil Shelter tours run from Memorial Day to Labor Day.

Make it a weekend: If you’re traveling from Reno, you may want to camp at Berlin-Ichthyosaur. The park has 14 units, some suitable for RVs up to 25 feet and an RV sanitation station. Drinking water is available mid-April through October, and there are restrooms. 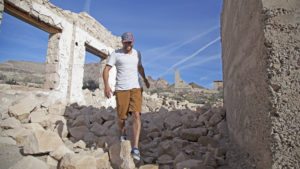 Rhyolite ghost town, about 325 miles southeast of Reno, is right next door to an outdoor art installation. The town came first, established in the early 20th century and bustling with the promise of mining riches. Rhyolite had a stock exchange and Board of Trade, hotels, stores, a school for 250 children and two electric plants, but the financial panic of 1907 took its toll. By 1916, residents abandoned Rhyolite, many of them taking the wooden building materials that constituted their homes and businesses in their search to build the next mining boomtown.

Decades later, in the 1980s, a group of artists would install a handful of large-scale sculptures adjacent to Rhyolite, an area that has come to be known as the Goldwell Open Air Museum. Today, visitors can see the remaining sculptures of Rhyolite, including the old bank building and bottle house, as well as such sculptures as “The Last Supper” and “Ghost Rider.”

Make it a weekend: If you’re traveling from Reno, you may want to overnight in Beatty, about 6 miles east of town. Beatty, population 1,010 according to 2010 Census data, has about six hotel/motels, and a couple of interesting bars right on Main Street: Happy Burro Chili and Beer and the Sourdough Saloon. If you have time, stay another night and explore Death Valley National Park — it’s about 40 miles to Furnace Creek, the park’s main visitors’ center.