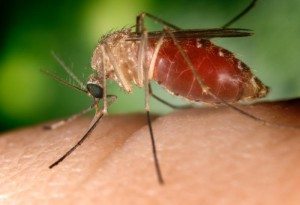 An adult female is the first confirmed case of Zika virus in Washoe County.

According to health officials, “the woman developed symptoms consistent with Zika virus after returning from travel to El Salvador. Those symptoms included joint pain, body ache, fever, conjunctivitis, chills, abdominal pain, headache and rash. Her symptoms resolved within a week.”

The woman is one of 12 who has been tested for Zika virus recently. Nobody else has tested positive.

“We will continue to monitor the lab tests we have submitted to the Centers for Disease Control and Prevention,” said Washoe County District Health Officer Kevin Dick. “We know that the general public is concerned about the rise in the number of Zika cases, so this serves as a reminder that people going to Zika-affected countries, particularly those that are pregnant or intending to become pregnant, should take precautions to avoid being bitten by mosquitoes while traveling.” Zika virus can be spread from a pregnant woman to her fetus and has been linked to a serious birth defect of the brain called microcephaly in babies of mothers who had Zika virus while pregnant.

Mosquitoes carrying the Zika virus are not indigenous to Northern Nevada.

“While the mosquito may find its way to northern Nevada, it is not known whether the insect can survive in our climate,” officials said.

The best way to prevent diseases spread by mosquitoes is to protect yourself from mosquito bites.