The senate voted overwhelmingly not to endorse a proposal by the UNR provost’s office that would have, if supported by the faculty senate, put the consolidation of the units in the hands of the Board of Regents at a future meeting.

A second vote by the senate supported the idea of merging the units if recommendations and changes are made to the proposal, recommendations that include more input by faculty and affected constituents in Nevada’s counties.

Insufficient information and criticism about the process were cited as reasons why the merger was considered premature.

A faculty committee approved the provost’s proposal, but committee members said today that more information came forward after their report was published.

Dagny Stapleton of the Nevada Association of Counties said Nevada’s counties provide the majority of the funding to Cooperative Extension.

“We are concerned about the process as it’s going forward, and the counties have significant concerns …” she said. “We think progress has been made … but we are not there (yet).”

Jim French, Humboldt County commissioner, said: “(the counties) fully funded our part of that relationship with UNCE (during the recession). We have felt all along that this was a matter of trust for us. We’re not a part of the decision making process yet, but yet we’re still collecting taxes. Basically, we would like to see a long-term strategy that involves (the counties).” 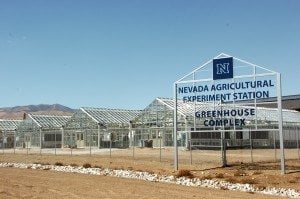 “This proposal … adds insult to injury,” she said. “That injury not only falls to the faculty of UNCE but also to rural Nevada and Clark County.”

She said that Extension’s role, which supports community and youth development programs, is broader than CABNR’s.

UNCE’s Claudene Wharton, representing Extension faculty, said that about half of the extension faculty would not fit within CABNR’s departments. She also questioned how the units would be structured in terms of administrative personnel.

Some faculty with Extension appointments have positions in the College of Business, Department of Geography and College of Education.

“We have an incomplete model that has alienated public officials across the state,” he said about the process to realign the units.

“It looks like the decision to consolidate (was) made first,” he said. “There’s a proper way to do this… and right here, I don’t see this.”

However, Elizabeth Leger, associate professor in CABNR, said that CABNR faculty in general support the merger.

CABNR Dean Bill Payne said that there was a lot of misinformation presented during the meeting.

“I felt that there was a great deal of misinformation presented at that meeting, without the opportunity for me to respond,” he said. “Nobody has ever suggested that all extension faculty would be moved to CABNR. This is a misrepresentation that is repeated over and over again. Extension’s role may be broader than that of CABNR, but it is not broader than that of NAES. For all land grants, there is a federal partnership with USDA’s National Institute for Food and Agriculture, which includes oversight and funds. That partnership underpins NAES and UNCE and the topics they work on, and includes expectations regarding integration of research and extension.

“The current structure in which CE stands alone as a college unto itself is unique among western land grants. I believe that the proposed consolidation will benefit not only our many stakeholders in the state, but UNCE as well.”

Comments submitted to the university both supported and were opposed to the merger.

The Nevada Agricultural Experiment Station and CABNR were split administratively in 1993 from Cooperative Extension under then President Joe Crowley.

PODCAST: Living and working with wildfire in Nevada (sponsored)