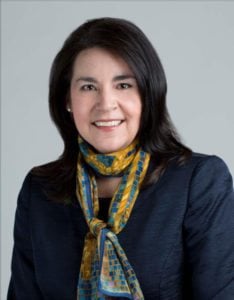 UPDATED 5/2/2016: Karin Hilgersom was named today as the next president of Truckee Meadows Community College.

“We are thrilled to have Dr. Hilgersom join NSHE as the next president of Truckee Meadows Community College,” said Rick Trachok, chairman of the Board of Regents. “After the exhaustive search conducted by the regents’ committee and the advisory committee, I am convinced that Dr. Hilgersom has the necessary vision, skill, and energy to lead TMCC.”
—
The announcement comes after a national search and days of campus interviews.

The Board of Regents is expected to vote on Hilgersom’s recommendation and contract during a May 2 meeting.

“We had four outstanding candidates to choose from and our choice was not easy,” said Regent Kevin Melcher who chaired the search committee. “In the end, however, we felt that Dr. Hilgersom’s leadership experience and in-depth knowledge of community college issues were an outstanding match to build on the college’s existing successes.”