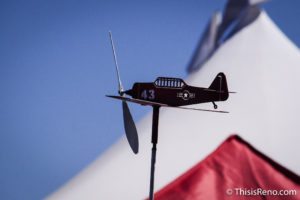 The National Aviation Heritage Invitational announced last week that it is canceling its participation in the 2016 Heritage Trophy competition at the 2016 Reno air races.

The event would have been the group’s 18th appearance at the Reno Air Races and its 22nd competition.

Susie Reinke, NAHI operations director, said the reason was reason was because because of space issues.

“It was a difficult decision to make but we were faced with either severely compromising the mission, scope and 17- year history of the event by significantly reducing the number and types of aircraft we could host on the ramp at Reno, or suspending the competition for this year to explore all potential venues which meet our event criteria,” Reinke said.

Ken Perich, NAHI’s executive director, added, “due to its resounding acceptance by the aviation community, the National Aviation Heritage Invitational has outgrown the ramp space and resources allocated to it by the Reno Air Races.”

Air Races officials said they were surprised by the announcement by NAHI but welcomed the organization back any time.

“The Reno Air Racing Association (RARA) was very disappointed last week to learn of the National Aviation Heritage Invitational’s decision to suspend its 2016 competition at this year’s National Championship Air Races in Reno,” said Mike Crowell, president and CEO of The Reno Air Racing Association (RARA). “The National Championship Air Races, however, wishes to be clear – at no time did we indicate that there would not (be) space for NAHI this year.

“In fact, should they decide to resume this year’s competition, there will be space available. While we are disheartened by NAHI’s decision, we look forward to welcoming the Invitational back to Reno in 2017.”

NAHI posted on its Facebook page that it was looking at options for 2017.