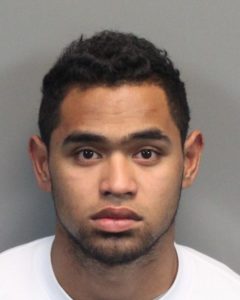 Reno resident Don Collins is behind bars today after confessing to robbing an elderly woman on April 9, 2016, according to the Reno Police Department.

The suspect was located and arrested today.

“He confessed to the crime and was arrested for the crime of robbery,” said police “The Reno Police Department would like to thank the citizens of Reno for their assistance in solving this case so quickly.”

On the morning of April 9, 2016, a 73-year-old female was boarding a bus at East 9th and Montello streets when Collins allegedly grabbed a bag she was carrying.