The Sippy Cup: Friend of Foe? 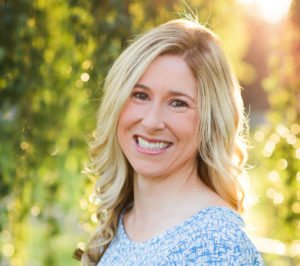 Dr. Stoker from The Smile Shop weighs-in on the topic of sippy cups for all you parents out there, and to answer the question: are sippy cups a friend or foe?

When do you recommend transitioning from bottle/breast to sippy cup? Do you have any transitioning tips?
A child should be weaned from a bottle around the time of their first birthday. A child should not fall asleep with a bottle of milk or juice as the liquid sits on the teeth and can cause tooth decay. Before the child’s first birthday you can slowly introduce a sippy cup and start the transition process. Between bottle feedings the child can drink water with the new sippy cup and slowly the cup can replace the bottle. To make the transition easier, don’t allow your child to learn to fall asleep with a bottle in their crib early on. A child should be given their milk, have their teeth brushed, and then be put to bed with nothing other than water or a pacifier.

Could using a sippy cup affect a baby’s teeth? How? 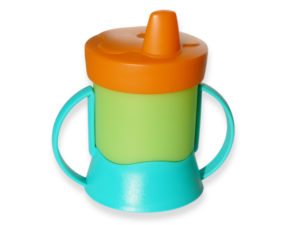 A tooth is susceptible to decay as soon as it erupts into a child’s mouth. Frequent or prolonged exposure to sugar containing liquids such as juice and milk is one of the risk factors for early childhood tooth decay. Therefore, frequent use of a sippy cup can lead to cavities as the sugars from the liquids feed the bacteria, which produces an acid that breaks down tooth structure. We also must be careful with sippy cups if children are walking around the house with the cup in their mouth. If they fall, they can injure their teeth.

What are some signs that a baby’s teeth are being affected?
The best way to know if your child has a cavity or their teeth are being affected by frequent use of a sippy cup is to have them evaluated by a pediatric dentist around the time of their first birthday. However, you may be able to see early signs of tooth decay when you look at your child’s teeth during brushing. White spots that don’t go away when brushing can be a sign of decalcification which can be an indication the enamel is starting to break down. A cavity that has progressed further will usually appear as a brown spot.

There are so many sippy cups out there today – what type do you recommend (if any)?
The best sippy cup is a cup without a valve. If a sippy cup has a valve the child must suck just like a bottle to get the liquid and they do not learn how to sip. A cup with double handles usually is easier for young children to use.

When do you recommend transitioning from sippy cup to adult cup? Any transitioning tips?
A sippy cup should be a temporary link between bottle and adult cup. If you have chosen sippy cups which teach sipping, the transition should be easy. However, if a sippy cup is only used for water, there is no harm in allowing it to stay around for a while. Remember to not allow the child to walk and run with the sippy cup in their mouth. When drinking liquids which contain sugar such as milk and juice it is best to use an adult cup which decreases the time the tooth is exposed to the sugars. Juice and milk should be limited to meals and snack times. Milk should be encouraged over juice. Eating an apple and then drinking water is better than drinking apple juice. Sipping in between meals should be with water.

In your opinion, is the sippy cup really a friend or foe?
As the mother of two young children who doesn’t want to clean up spills all day, a sippy cup is a friend. However, we must know it’s not the bottle or the sippy cup that causes tooth decay — it is the liquid which we put inside that causes the problem. We therefore sip smartly with water and sit and drink our milk.

For more information about The Smile Shop, visit www.smileshoponline.com.

Flossing: Do Kids Really Need To Do It?