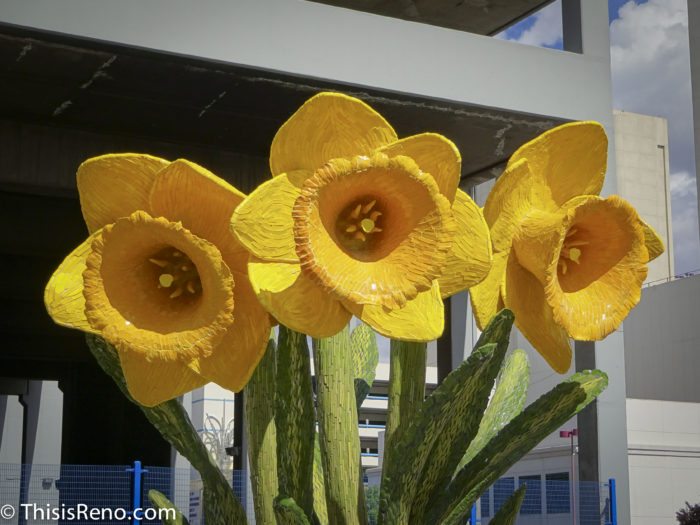 The Reno Sculpture Fest announced today its 2016 lineup of artists.

Known for the “Daffodil” sculpture during the inaugural event in 2015, Peter Hazel returns with two new works. Bronze artist Mischell Riley will feature “Nails the Contraption.”

PHOTOS: Day 2 of The Sculpture Fest