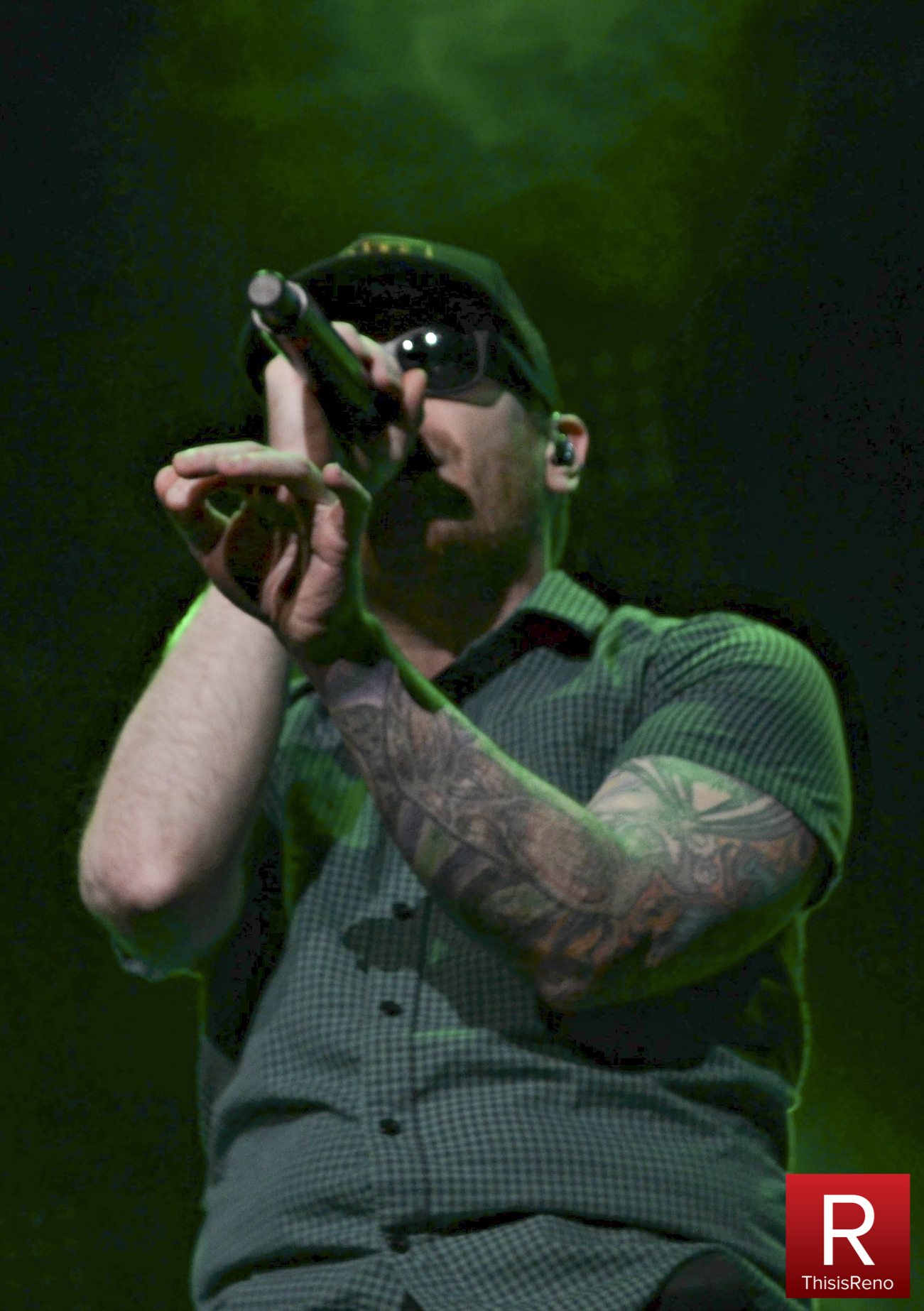 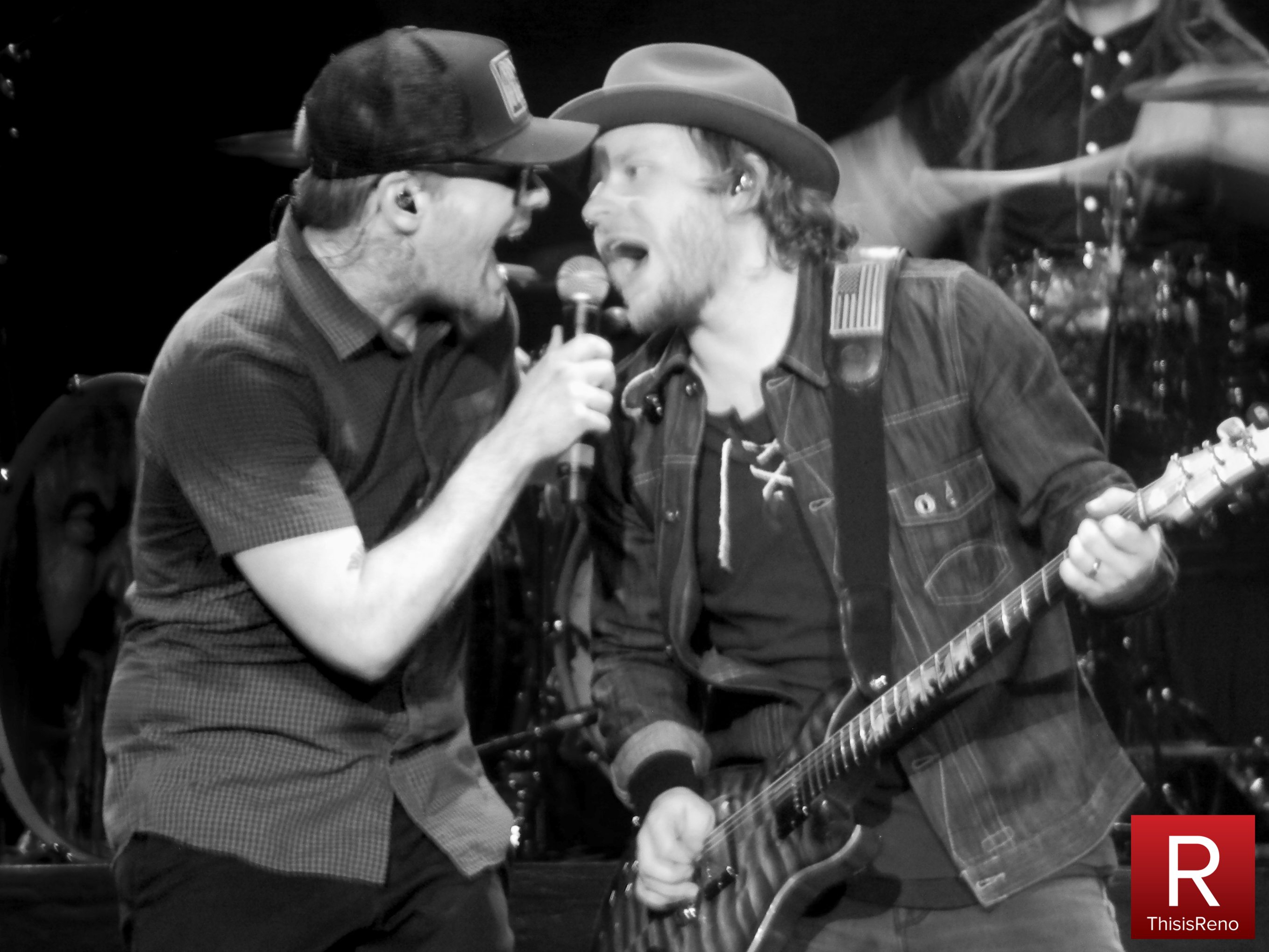 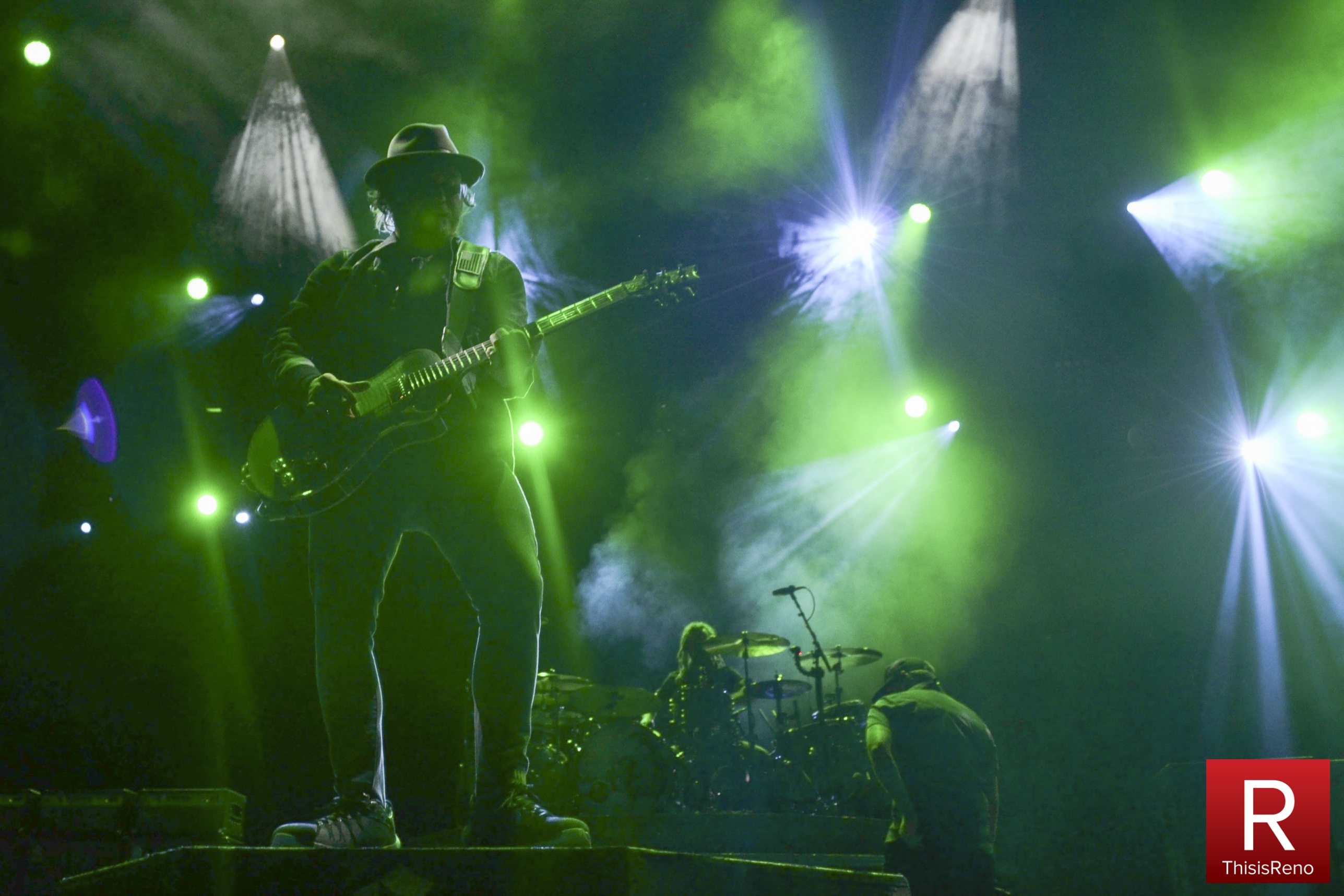 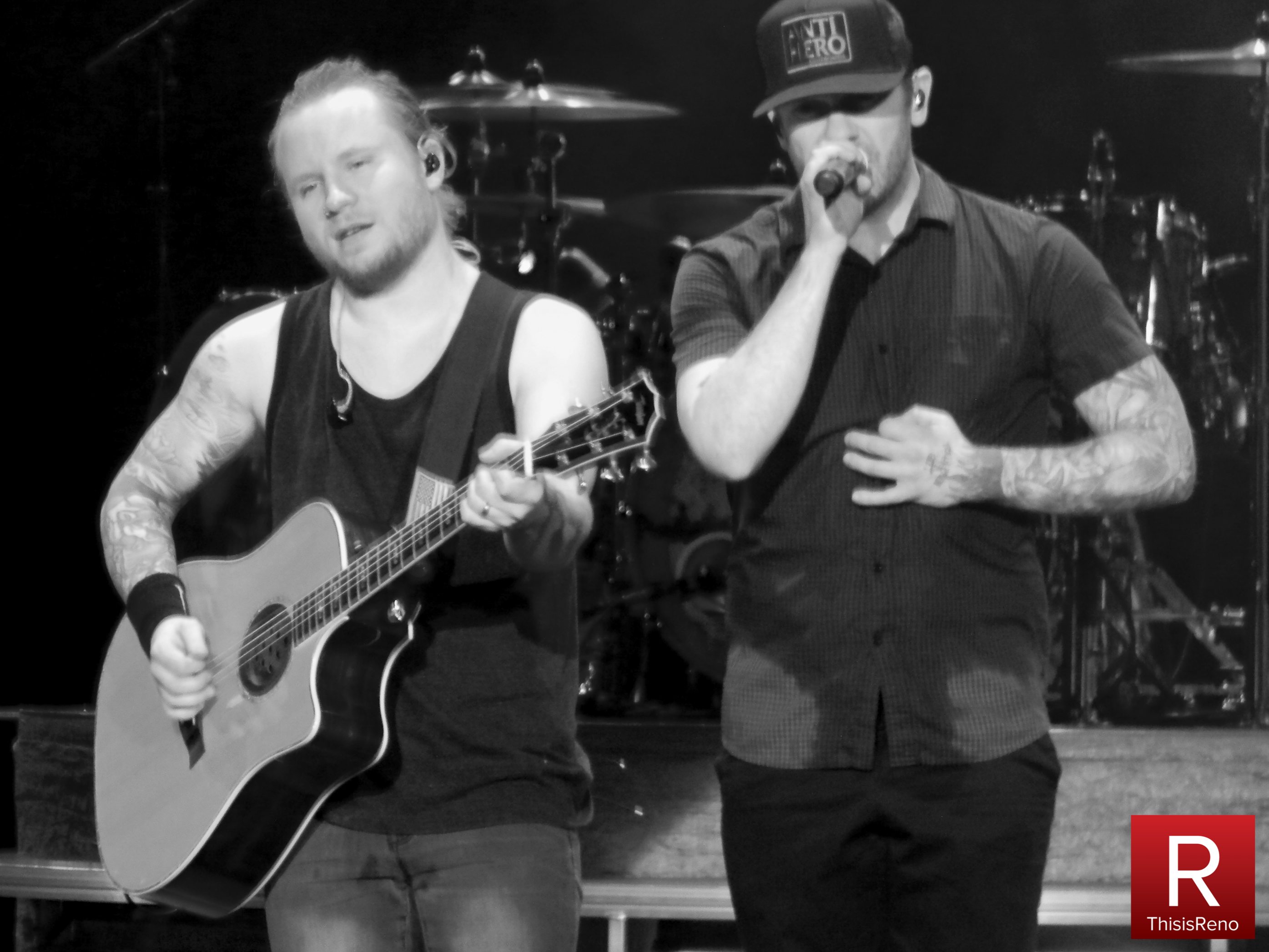 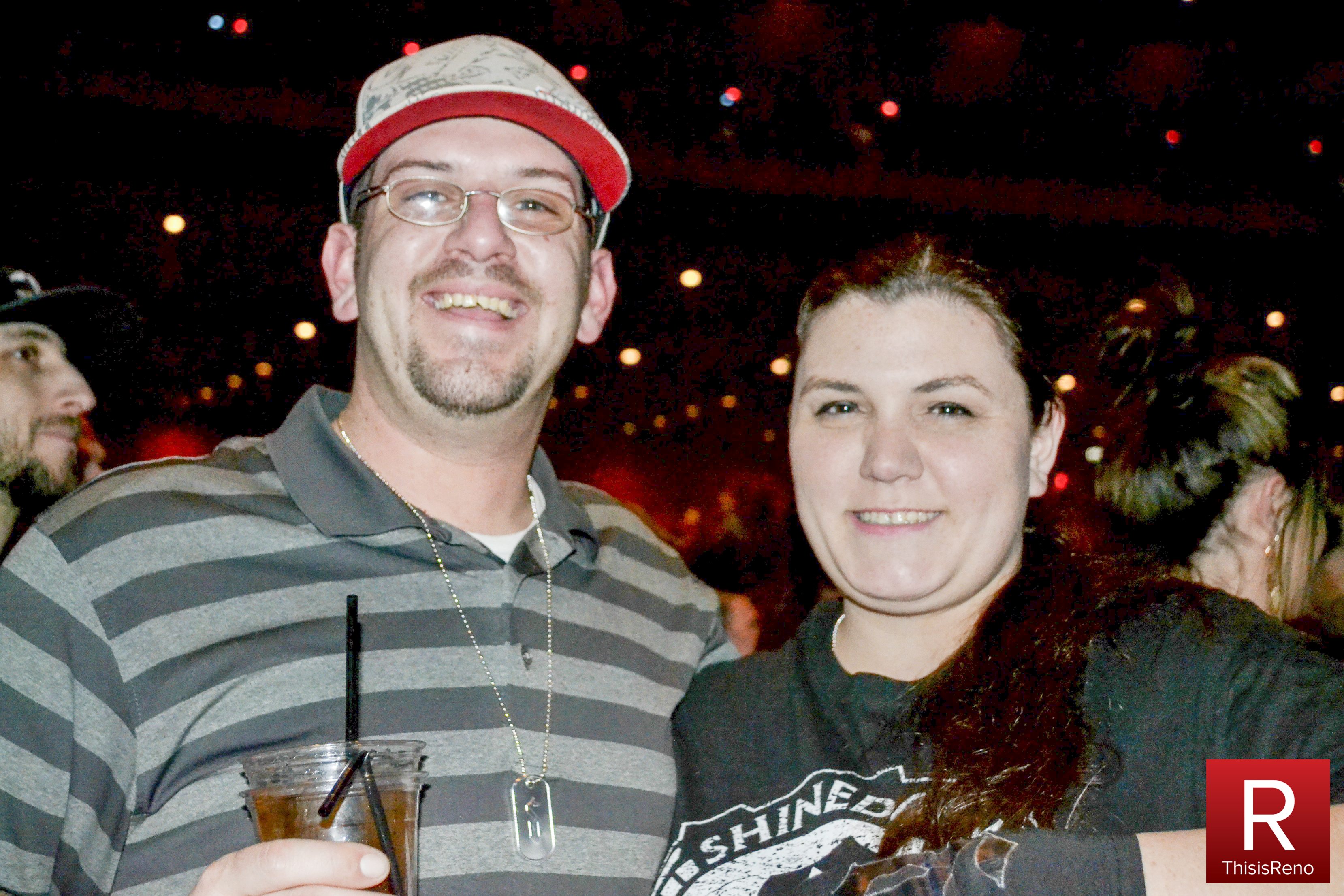 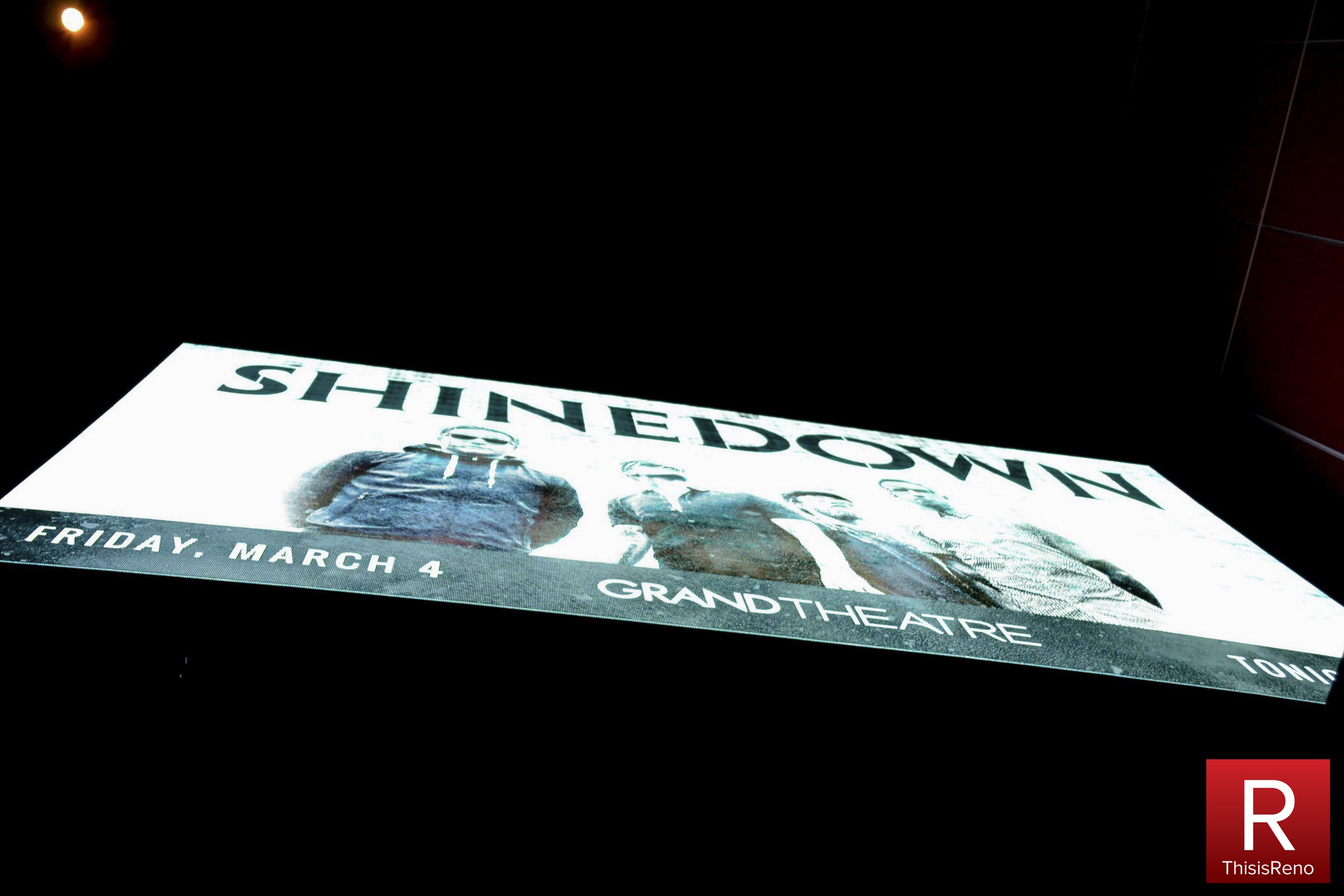 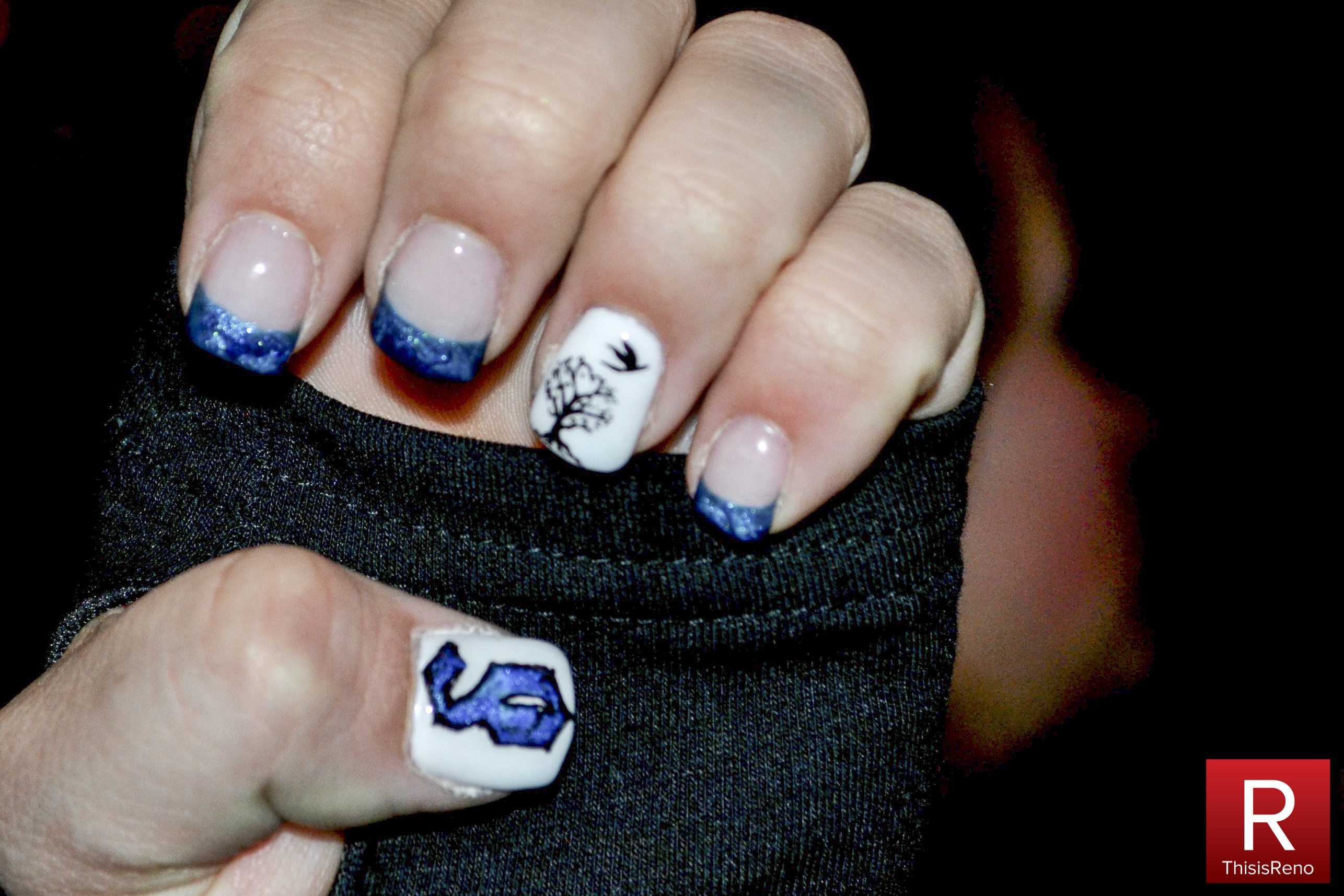 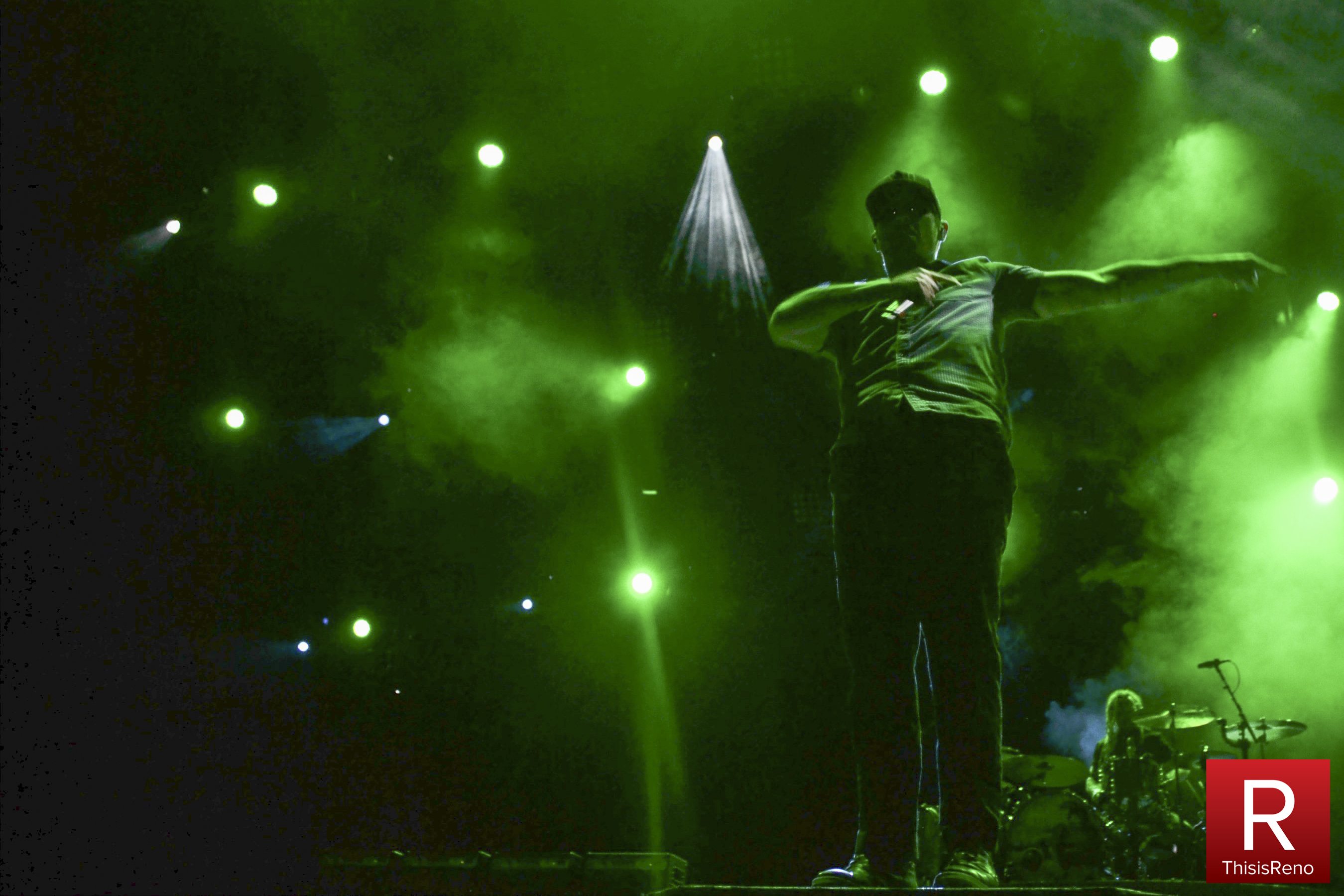 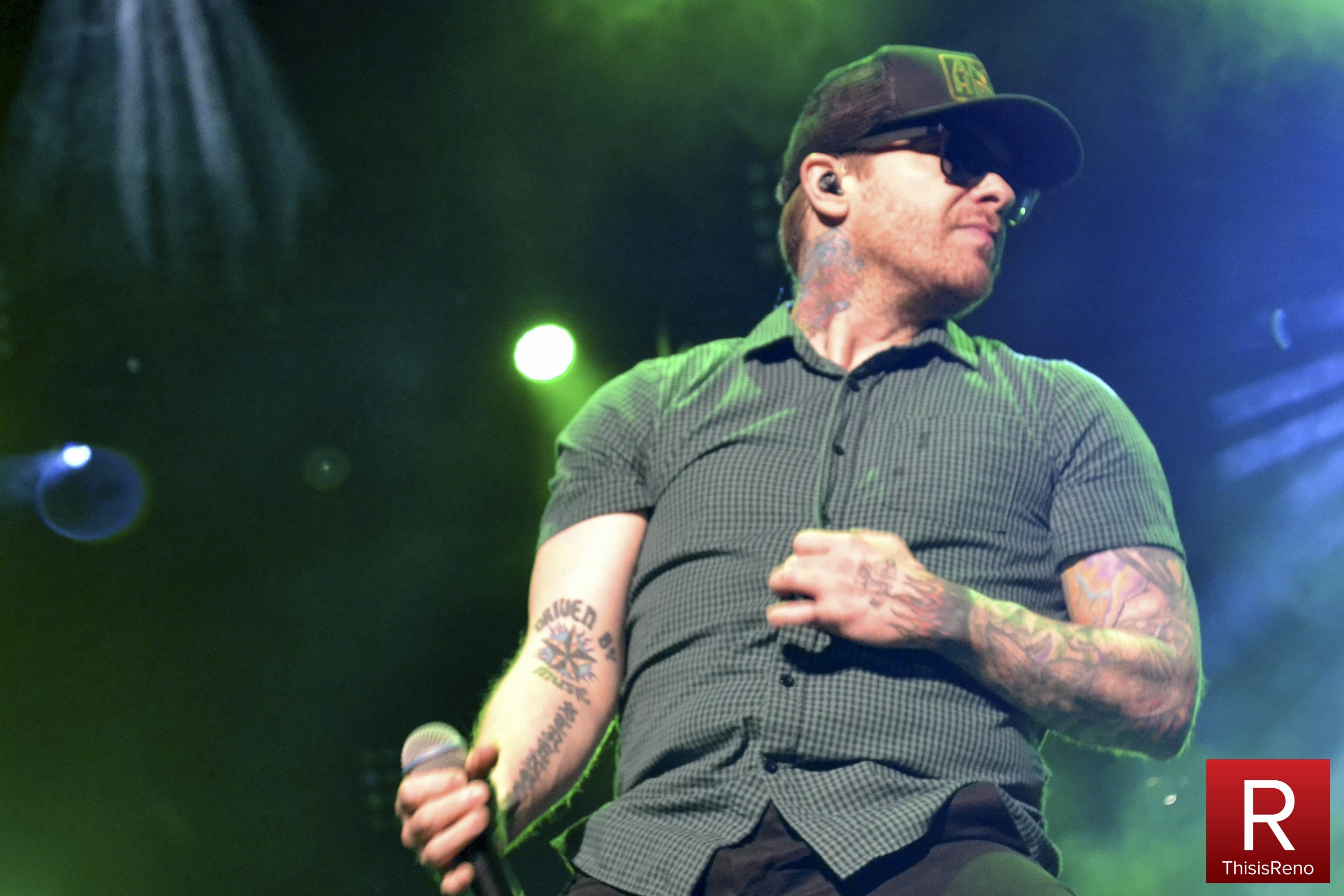 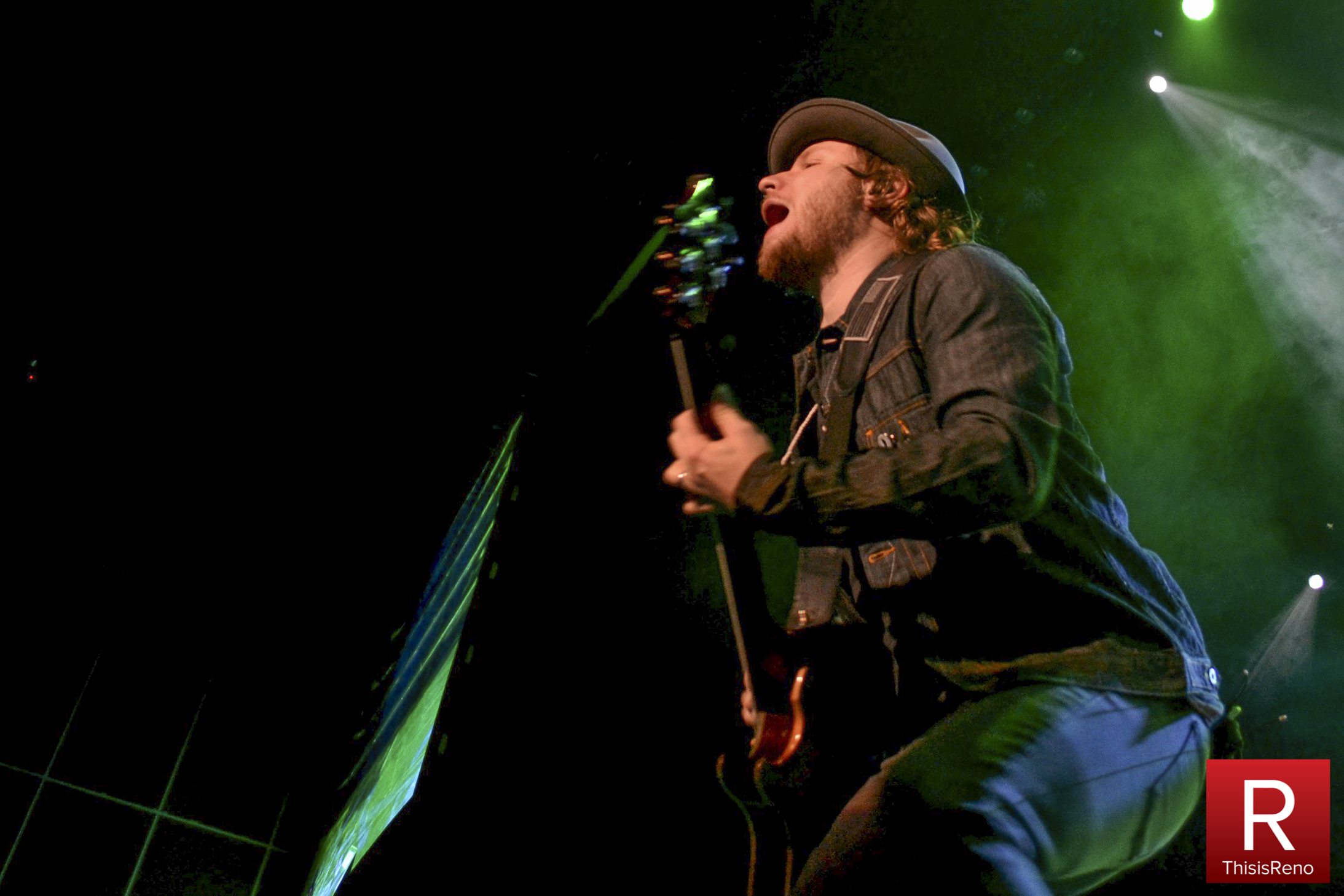 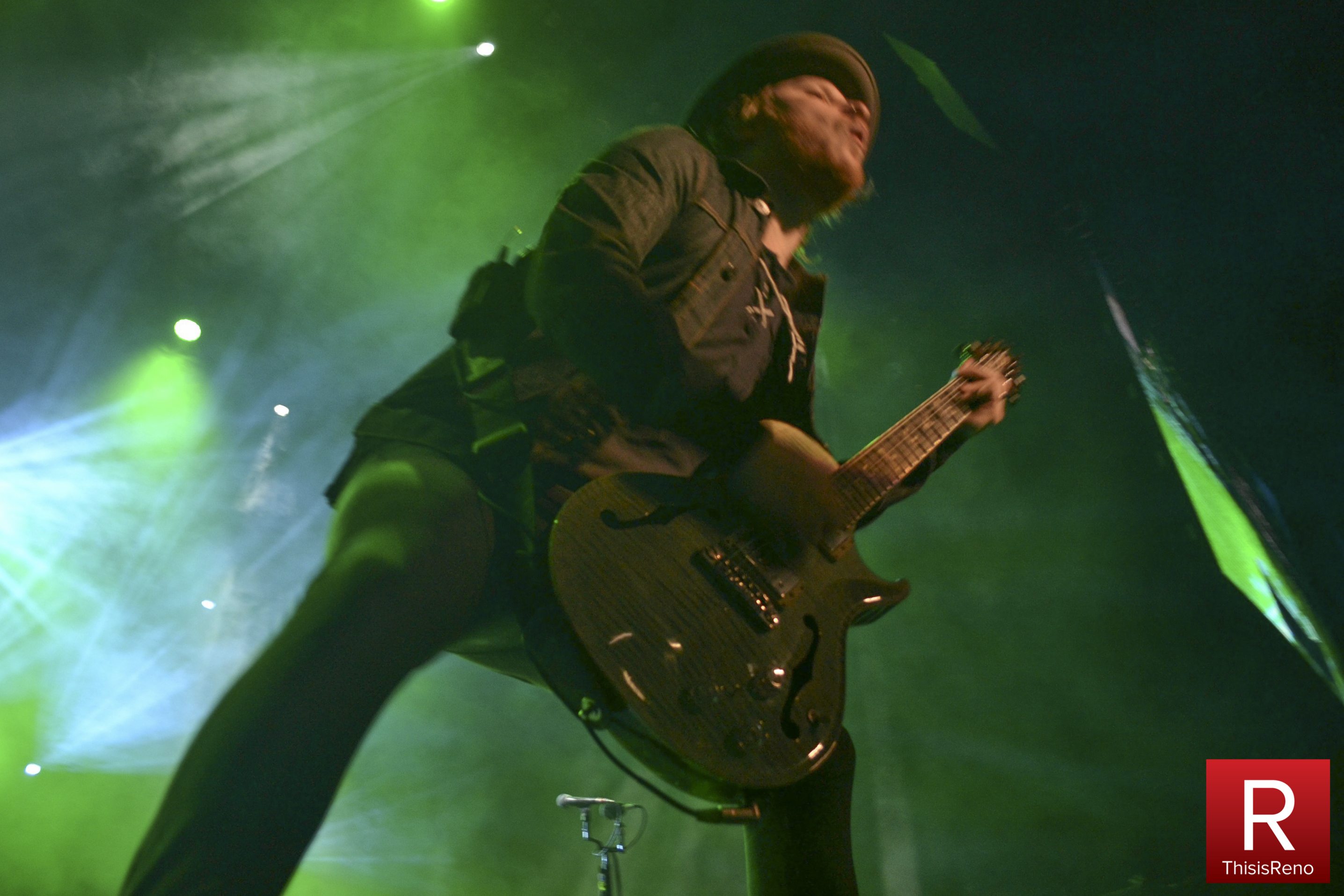 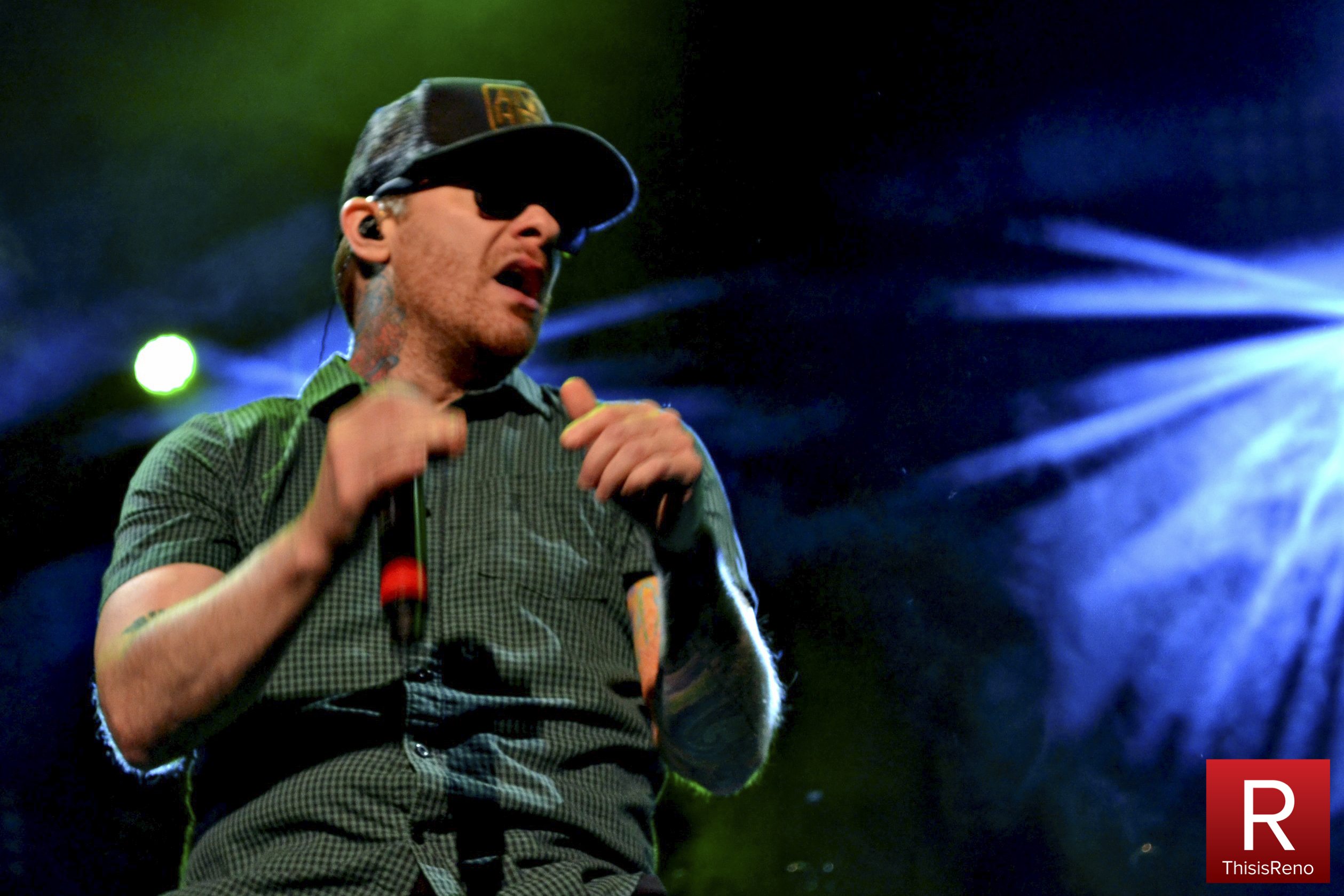 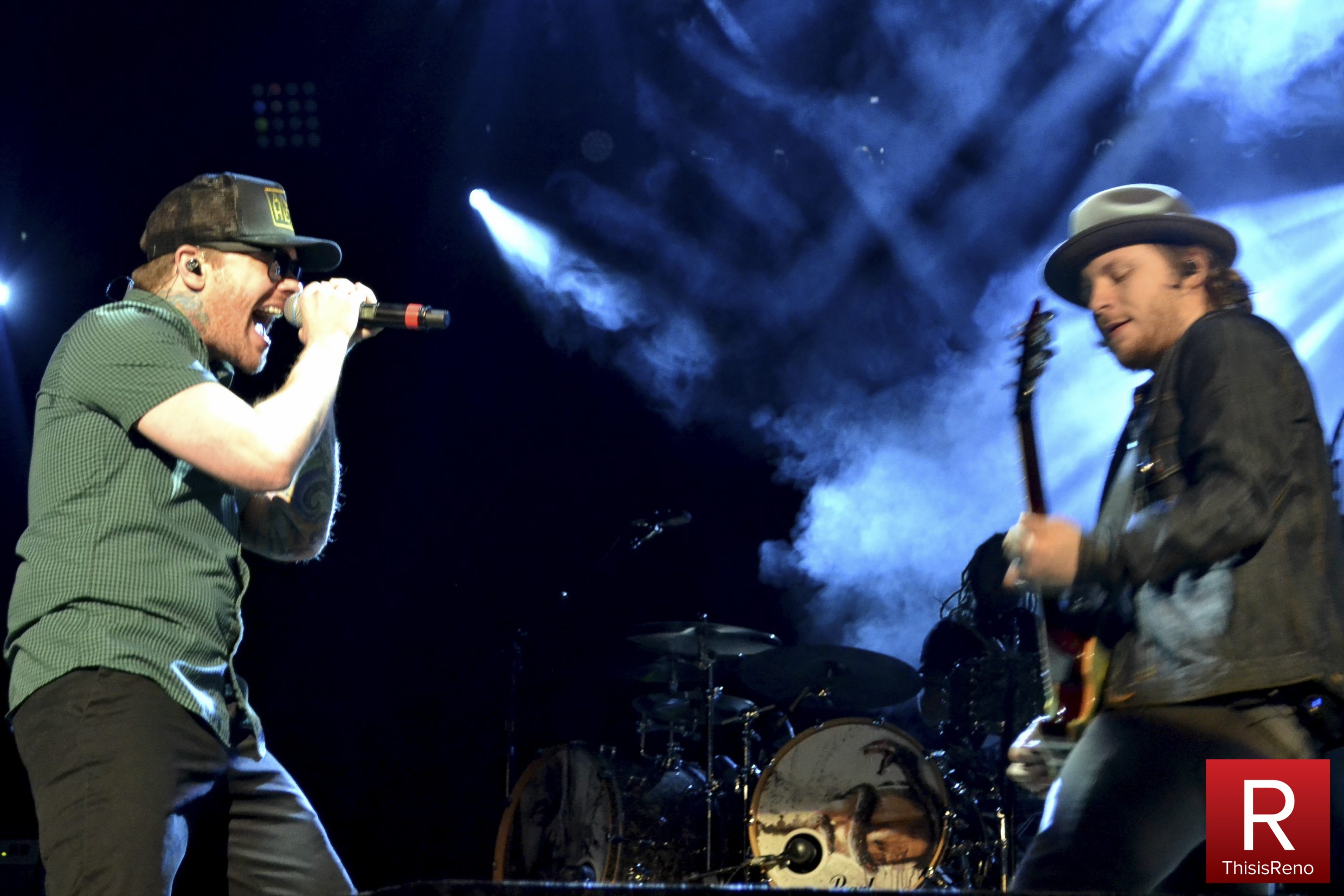 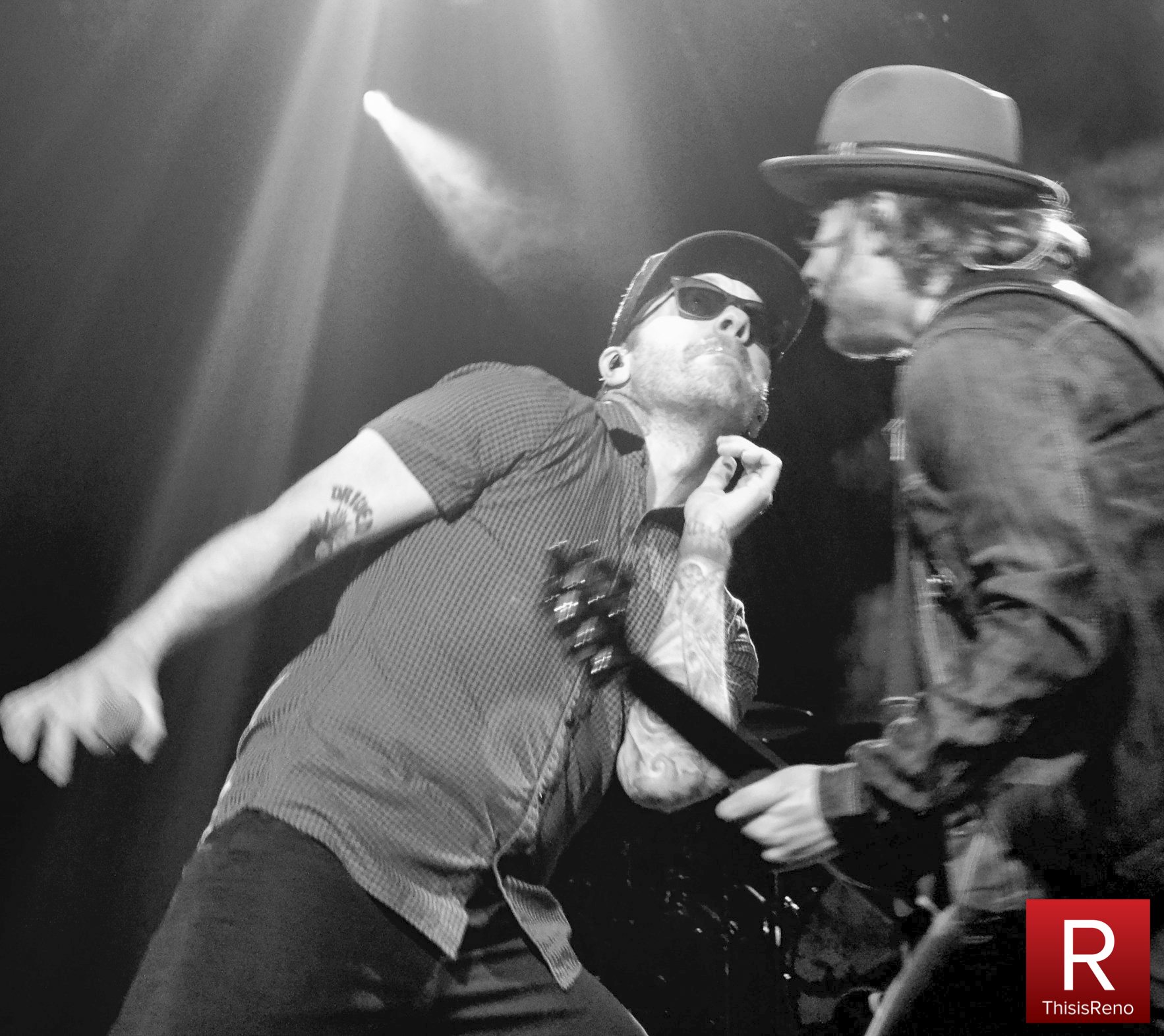 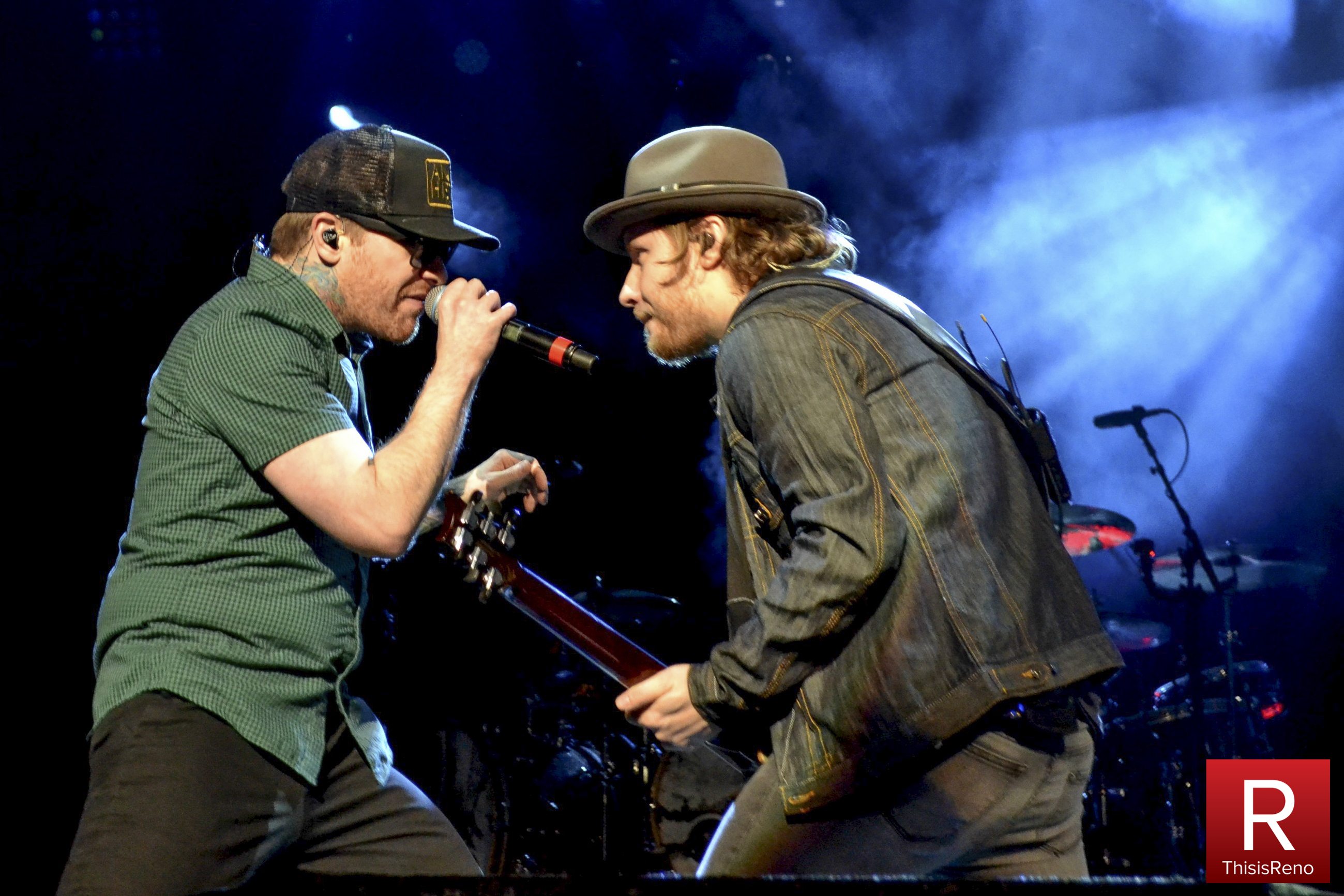 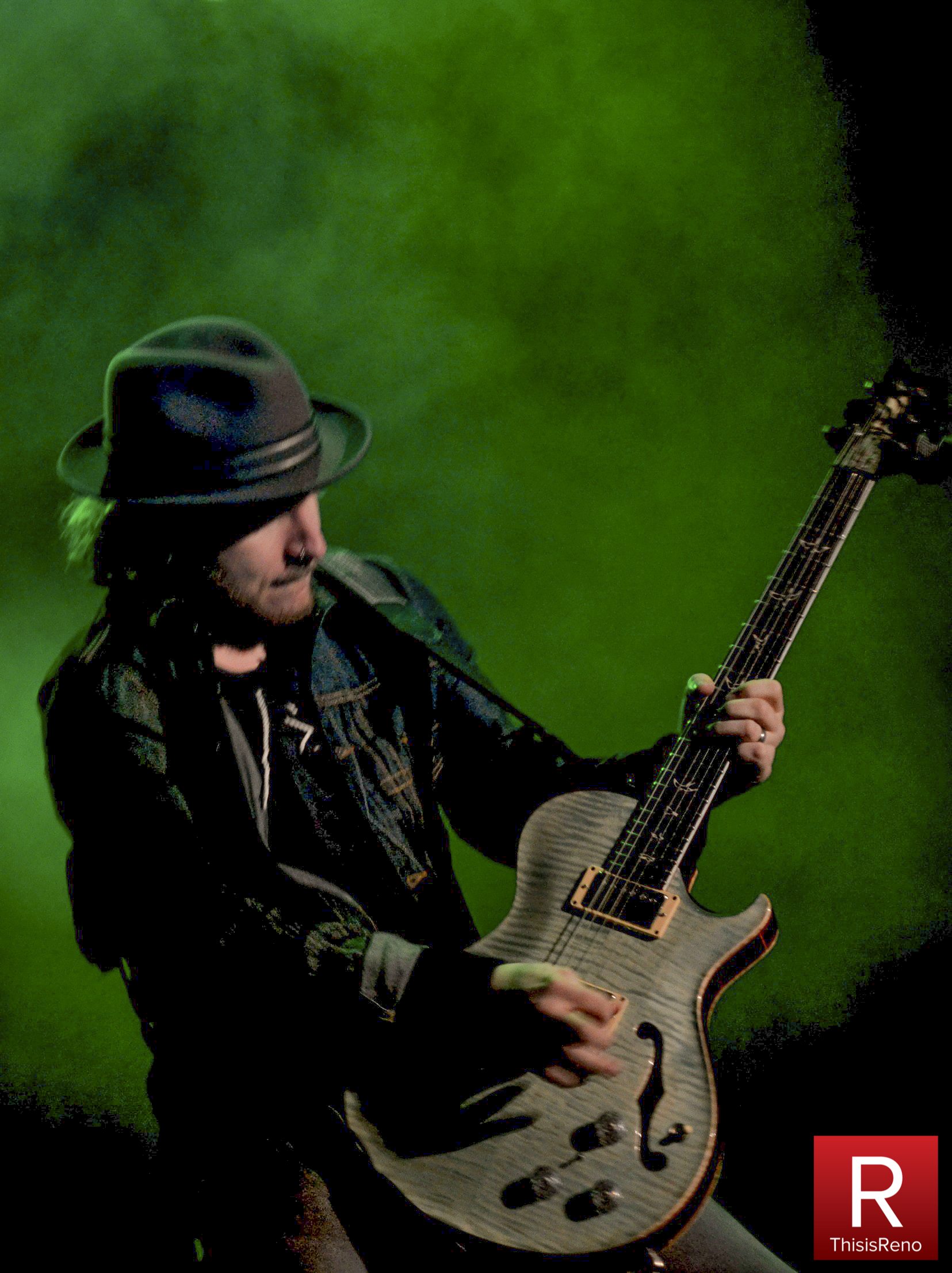 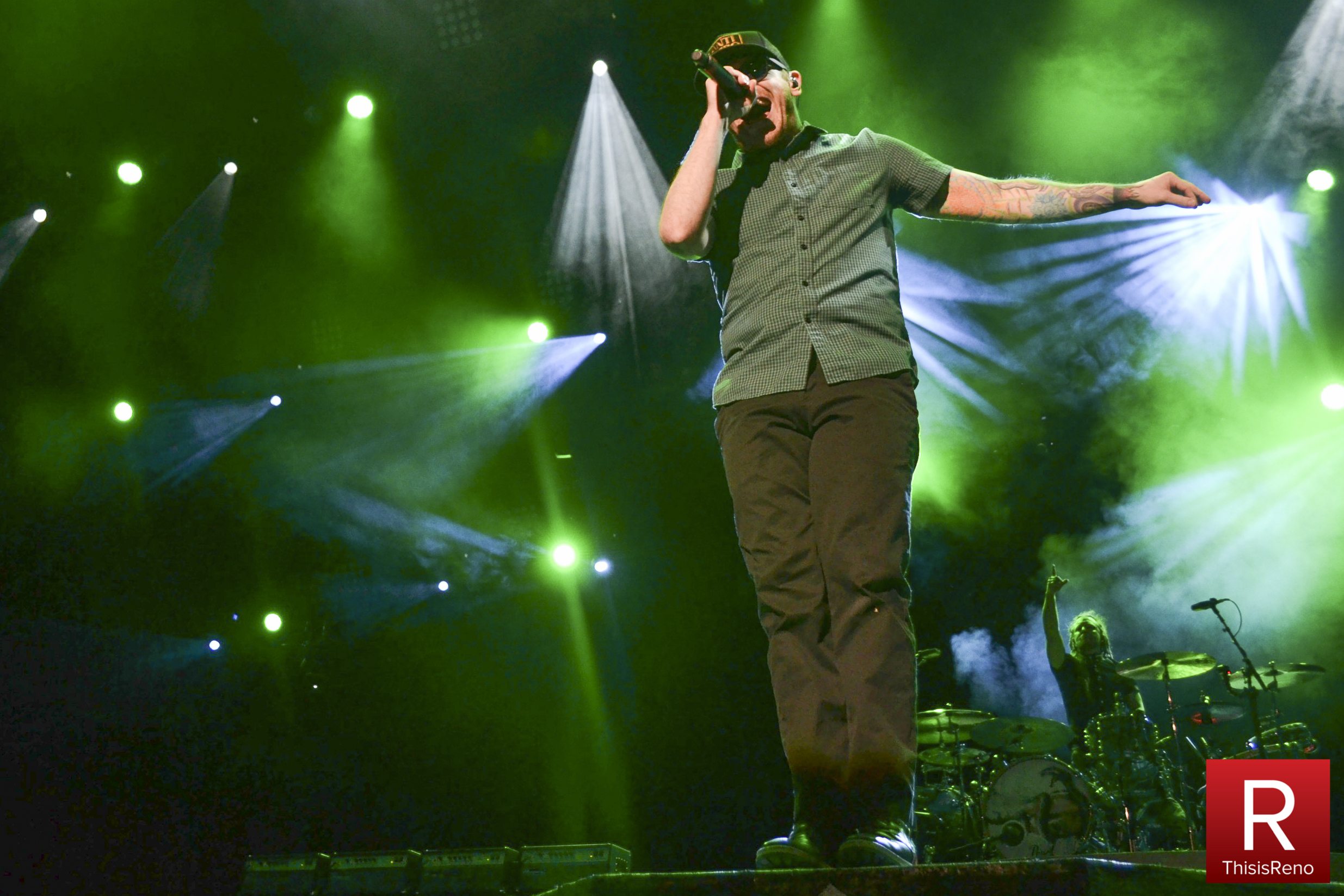 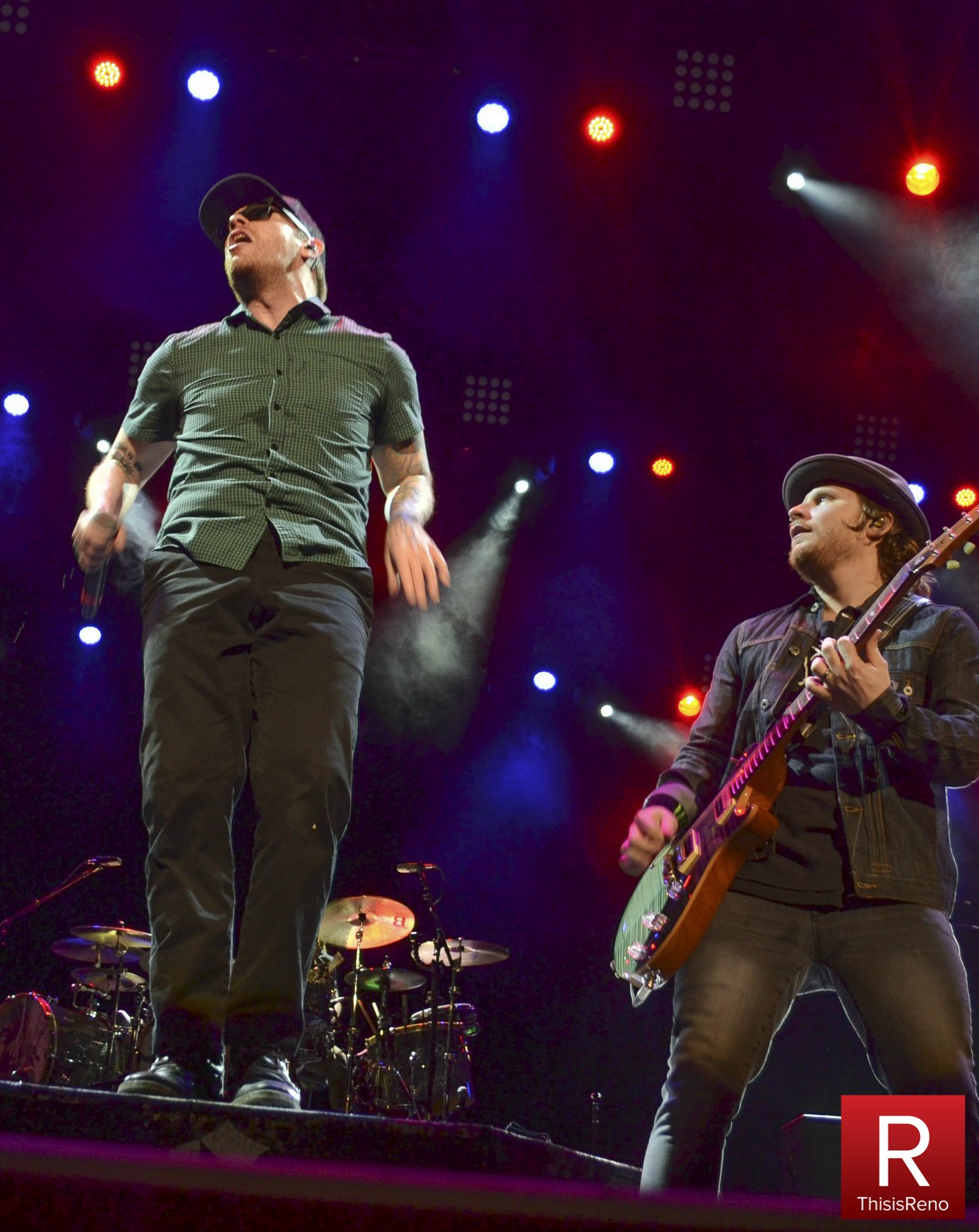 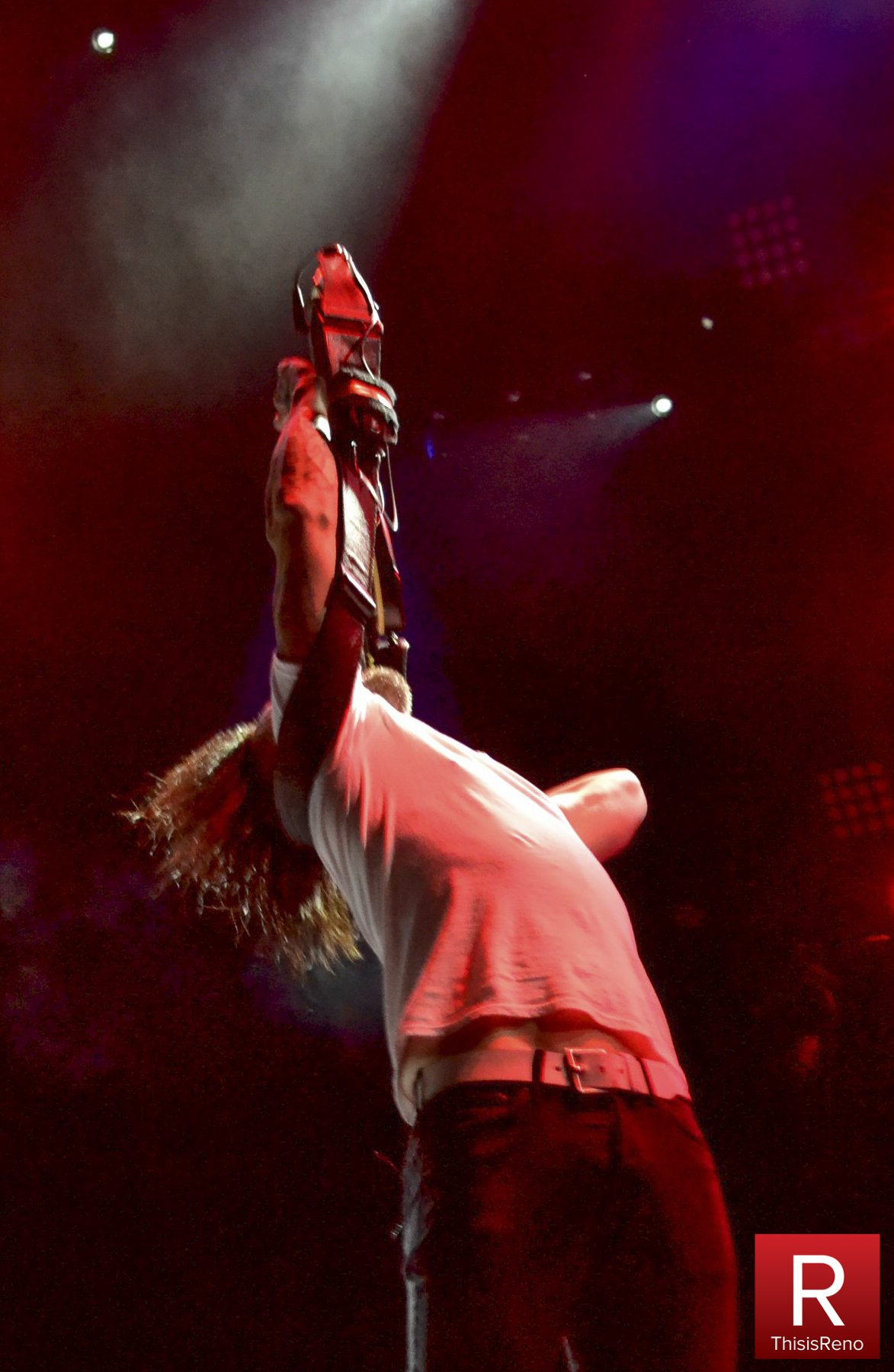 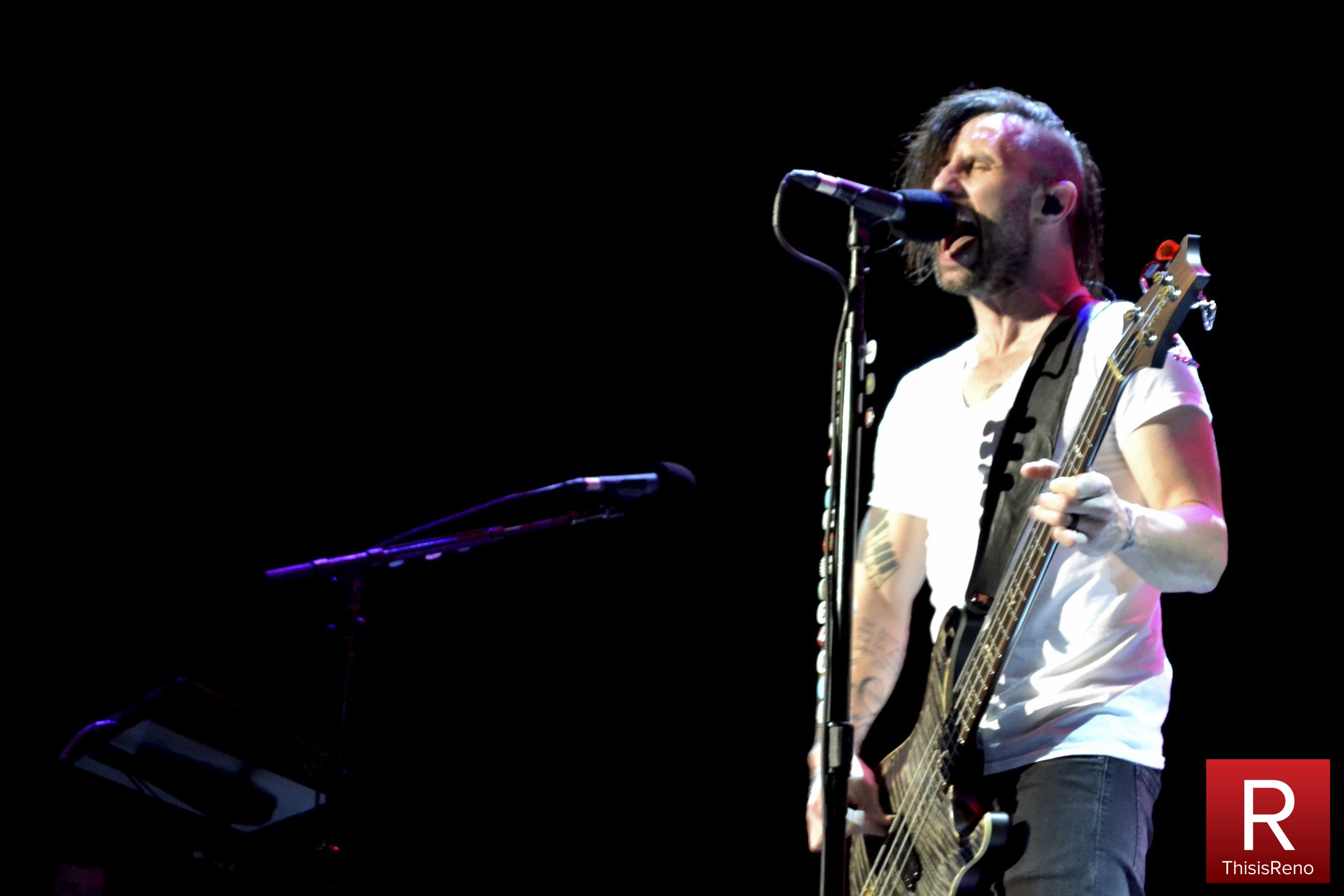 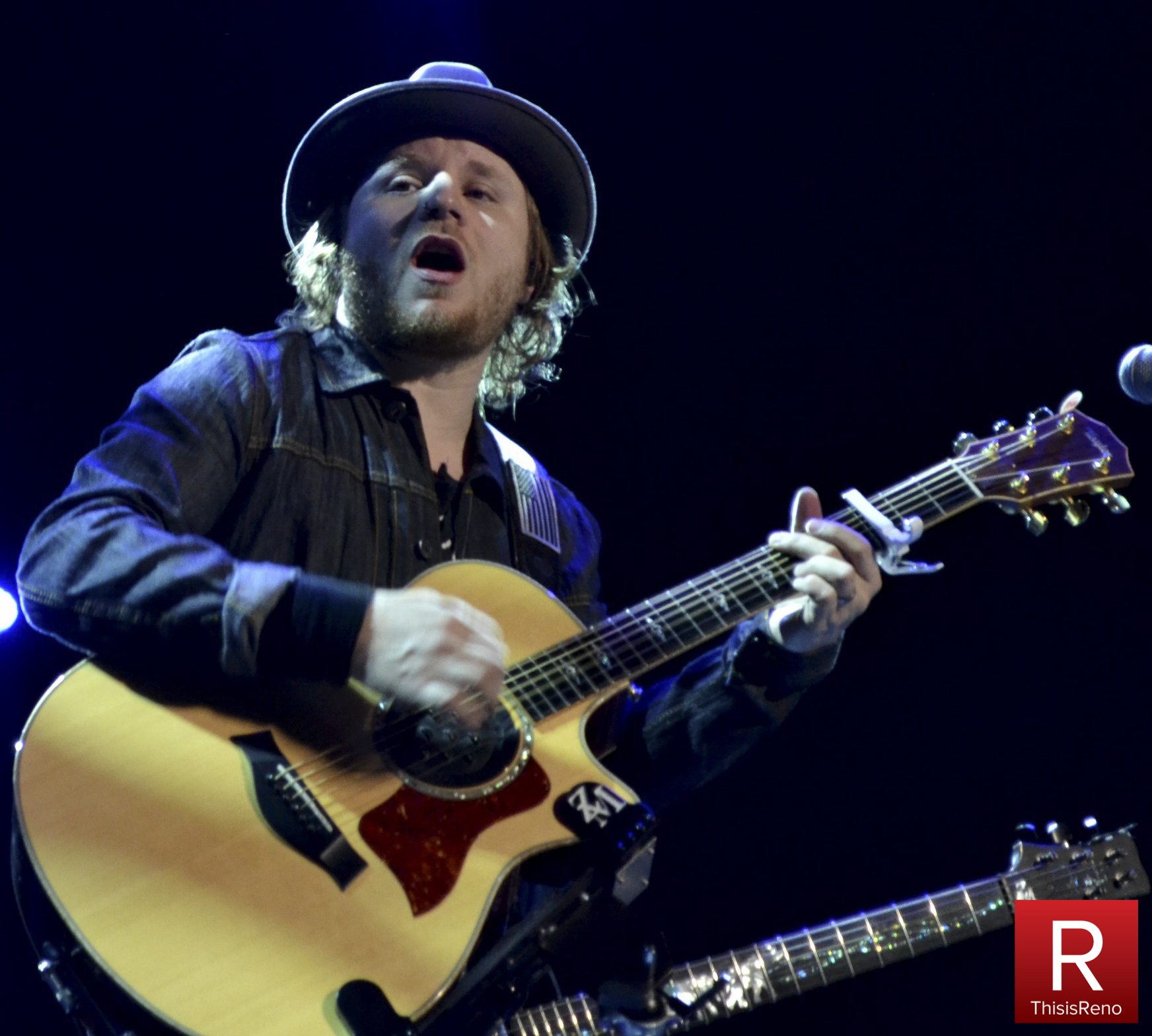 On Friday night Shinedown really had “the world on it’s knees” rocking the Grand Theater at Grand Sierra Resort with support of The Virginmarys.

The Virginmarys from London, touring with Shinedown since the start of this current tour, showed us how talent from the UK are still strong as ever! Most of the fans I talked to before the concert said they have never even heard of The Virginmarys and most didn’t even know who the opening band even was, until they hit the stage and cheers roared at the Theater.

New fans were rushing to their table in the lobby to get a piece of their merchandise.

While waiting by the stage, as the tour crew put the finishing touching on the stage for Shinedown, I met a really sweet couple who are die-hard Shinedown fans. Standing still front row in general admission area since the beginning, you can just tell how excited and pumped they were to see their favorite band.

Performing their latest single “State Of My Head,” lead singer Brent Smith asked the crowed to put up their cell phones and lighters to light up the whole theater. With only one spotlight on Brent most of the lighting shown on stage was from the lights of the fans.

The night ended with mixed reviews for some, but for myself, and having a fellow fan with me, that night we have to say The Virginmarys and Shinedown make a great tour and sounded great with talent all around.