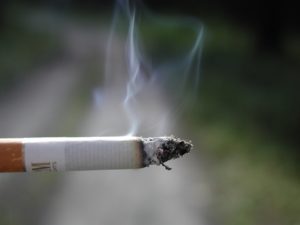 To non-Nevadans, the idea of seeking out a “smoke free” meeting location may sound somewhat odd. In many other states, laws ensure that smoke free facilities are not the exception, but the norm.

As one of the nation’s major hospitality and meeting destinations, the continued approval of indoor smoking in some facilities poses a problem for Nevada as the state competes to bring in large events and visitors.

As smoking rates have declined in the past two decades Nevada’s public health advocates have worked to eliminate secondhand smoke from all public indoor spaces, succeeding in part in 2007 with passage of the Nevada Clean Indoor Air Act. However, the law offers exemptions for some of our largest meetings and events facilities. In fact, in Nevada the majority of available square footage for meetings and events is located in establishments that permit smoking within some areas of the building.

While smoking is not permitted in most meeting and event spaces, the proximity to smoking areas along with shared ventilation systems allows secondhand smoke to drift throughout a facility. According to the U.S. Surgeon General, there is no safe level of exposure to secondhand smoke. Additionally, the American Society of Heating, Refrigeration and Air-Conditioning Engineers confirms that engineering approaches, including current and advanced dilution ventilation or air cleaning technologies, should not be relied upon to control risks from environmental (secondhand) tobacco smoke in spaces where smoking occurs.

The only means of effectively eliminating health risks associated with indoor exposure to tobacco smoke is to completely prohibit indoor smoking.

Nevada’s economy has historically been significantly tied to the hospitality industry with a plethora of conventions and events, and Nevadans are impacted by the success of the industry.

However this doesn’t mean that our economy must be tied to tobacco use and smoking. The health dangers of smoking and exposure to secondhand smoke are common knowledge and are very real.

This push for smoke free meeting and event space isn’t new; it is, however, a growing trend. Indoor smoking is prohibited in many convention cities in direct competition with Reno and Las Vegas. Just last year a smoke free ordinance passed in New Orleans, protecting thousands of hospitality workers and more than nine million visitors from secondhand smoke.

Nevada has already lost opportunities for meetings and events due to its permissive indoor smoking policies. Organizations such as the National Cancer Institute and National Institute on Drug Abuse have policies which specify that all meetings and conferences organized and/or sponsored by these organizations shall be held in a town, city, county, or state that is smoke free.

It’s time for Nevada to recognize the growing demand for smoke free indoor spaces and develop policies that will draw the majority of our population and visitors – non-smokers. Our continued economic viability depends on it. Until then, those looking for a smoke free meeting venue in Nevada can find more than 200 locations listed in Nevada’s Smoke Free Meetings directory online at www.SmokeFreeMeetings.org.