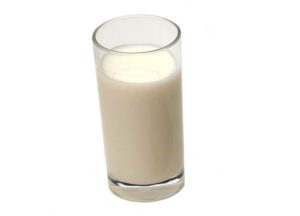 The Washoe County School District (WCSD) Board of Trustees is reopening bidding for milk products after it was notified that its 2014 bid process violated federal codes.

Model Dairy won the district’s milk contract in 2014, but Anderson Dairy, based in southern Nevada, had originally submitted a lower bid for the contract. Model Dairy subsequently lowered its bid and won the contract.

According to WCSD, the board was advised at the time that, “because the item in question was perishable, (WCSD) was not required to issue a bid.”

WCSD said today that the 2014 bid process was in compliance with state law but, “the board was recently advised that federal codes require (WCSD) to issue a bid and award to the lowest bidder, and the board immediately arranged to begin a new bidding process.”

The board will take up the matter at a future meeting.

“This is being done in response to receiving information from the Nevada Department of Agriculture that there was a federal code that we were not in compliance with,” said WCSD Board of Trustees President Dr. Angie Taylor. “Our staff is working to begin a new bidding process and follow the correct procedures to provide milk products to our students and staff in time for the beginning of the 2016-17 school year.”

According to WCSD, “the board awarded the milk contract to Model Dairy, due to its local workforce, commitment to the community, and its decades-long, positive relationship with the WCSD, although Anderson Dairy initially submitted the lowest bid.”