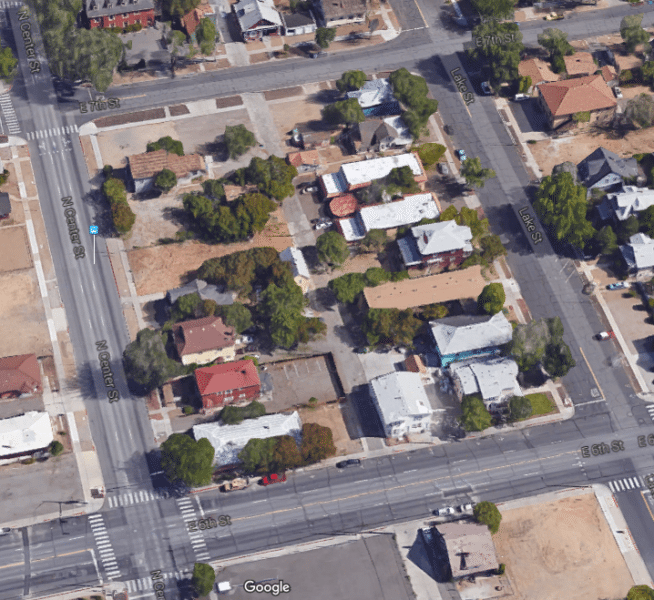 Infill growth involves the development of empty or underused acreage in urban areas. 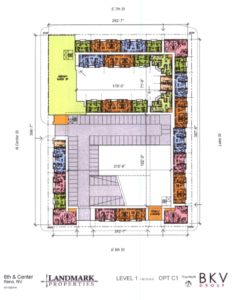 The 20-foot by 400-foot long alleyway between East Sixth and Seventh streets is 180 feet east of the North Center Street-East Sixth Street interchange.

The Standard at Reno plans to use the alleyway as part of land assembly to build housing for University of Nevada, Reno students. An attached parking structure is also planned. This student housing project will provide a connection between UNR and downtown.

The public spoke in favor and against this project.

“We’re seeing a real resurgence,” said Carol Del Carlo, who supported the project. “There’s no better time with the recession in our rearview mirror to move forward.”

Eloy Jara of Laborers’ International Union of North America opposed the item. He said he heard the project was trying to get away from paying prevailing wages required by the state labor commissioner.

Jara speculated that could be why project officials gave back a $100,000 blight fund to the city. There’s also no guarantee the project will come to fruition, he said.

“I feel this is very loose,” Jara said. “The project may or may not happen.”

“If you give land less than fair market value, how does the abandonment of the alleyway fit in that picture?” Councilman David Bobzien asked.

Assistant City Manager Bill Thomas said it’s hard to put a true value on the alleyway alone, which is one of many parcels that would cover the Standard at Reno.

“This is an alley and it’s quite different from a street,” Councilman Oscar Delgado said.

Councilman Paul McKenzie recused himself from the vote because of he’s secretary/treasurer of the Building and Construction Trades Council of Northern Nevada.

Council members also agreed to postpone approval of a partial alleyway abandonment, physically located at 235 Ralston Street, north of West Second Street and about 200 feet west of and parallel to Ralston Street.

It’s 20-feet wide and 121-feet long and currently has two-way traffic. However, approval conditions state that owner, Secundo Vita LLC, must provide a public passage through the eight shared parking stalls it plans to build.

Officials representing the developer said they wanted the parking project to be heard by the Reno Planning Commission during the next few weeks before the City Council votes on the alley abandonment.

City officials said the alleyway abandonments are among the first steps for the infill projects, but the abandonments themselves are not automatic approval of future projects.