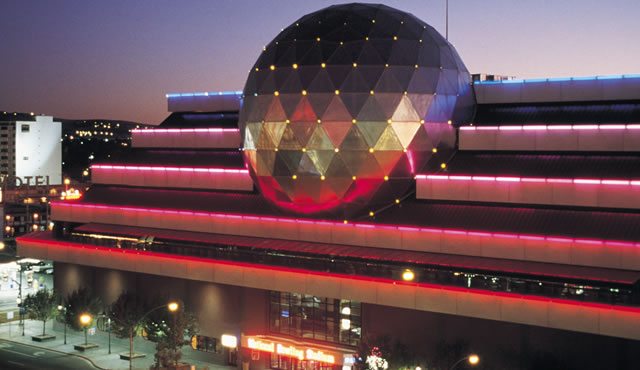 The National Bowling Stadium has been the grantee of the bulk of a hotel room surcharge, but additional upgrades are necessary at the 21-year-old facility, according to a report presented Thursday to the Reno-Sparks Convention and Visitors Authority board of directors.

State lawmakers in 2011 authorized municipalities to set up funds to help pay for costs of improving and maintaining facilities, such as the bowling stadium, which are used for entertainment and tourism purposes. The law exempts minor league baseball stadiums from getting dollars.

As of December 2015, about $9.3 million has been collected, with almost $6.5 million spent. The National Bowling Stadium, at 300 North Center Street, was largest beneficiary, followed by the Reno-Sparks Livestock Events Center, CitiCenter Plaza and the Reno Events Center.

RSCVA board member John Farahi, CEO of Monarch Casino & Resort Inc., which runs the Atlantis Casino Resort Spa, said a “fair playing field” would be best and that money shouldn’t be confined to one area.

“There’s a lot of need outside downtown,” Farahi said.

Board member Tony Mavrides, general manager of Circus Circus Reno, used the upcoming Carrie Underwood concert as an example of how all properties can profit. Underwood is scheduled to perform at the Reno Events Center on April 8.

“What goes on downtown benefits everyone,” Mavrides said.

Reno established a fund fiscal year 2012 that collects an additional $2 per night on properties with non-restricted gaming licenses in downtown and within a mile of downtown. A subcommittee recommends expenditures of the capital projects surcharge to the City Council, which must be approved by a two-thirds vote. Three Reno council members and three members of the public make up the committee, which meets every other month.

However, the stadium’s heating ventilation and air conditioning system is in danger of failing, City Finance Director Robert Chisel told the RSCVA board.

“The system is over 20 years old and has been leaking from the pipe joints over the bowling lanes,” Chisel said.

Repairing the HVAC system would cost about $2.5 million, not including control modifications, but the project would be bid this year.

Other work includes fixtures and furniture replacement and modernizing the alarm and door system.

Additionally, an agreement with the U.S. Bowling Congress states the following upgrades are required: