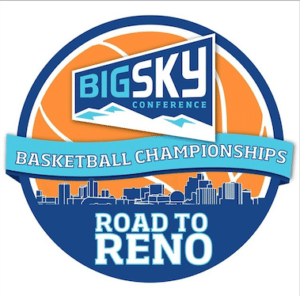 Big Sky Conference basketball teams will battle for a berth in the NCAA Tournaments during the men’s and women’s conference championships, March 7-12 at the Reno Events Center.

The 2015-2016 season marks the first year that the Big Sky Conference will host championships at a predetermined neutral site. For more than 20 years, the conference’s regular season champion was selected as host. Reno was selected from multiple potential host cities in 2015, and will host the tournaments through 2018. The University of Nevada, Reno, which competed in the Big Sky Conference from 1980-1992, hosted the men’s basketball tournament in 1983 and 1986.

“Reno, as a city, and the folks that we worked with did a spectacular job,” said Big Sky Commissioner Doug Fullerton. “The coaches and the fans attending are going to feel very good about coming to Reno.”

In another first for the Big Sky Conference, all 12 member-institutions will compete in the tournament. In previous years, only the top eight teams in conference standings received invitations.

Tickets for the tournaments start at $10, and are available at Ticketmaster.com and the Reno Events Center Box Office on game days.