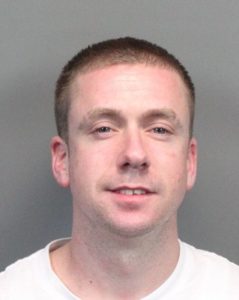 Detectives with the Reno Police Department have been investigating a case since early February involving fraudulent bank accounts and stolen identities.

“Through the course of the investigation detectives learned that (a)female suspect in this case had used the personal information that was obtained from a vehicle burglary that occurred in Reno,” police said in a statement. “After speaking with several businesses and victims of the bank account and identity theft cases, detectives were able to track down male and female suspects in this case.”

Reno Police located the two in a downtown hotel and both were arrested for various charges.

“After detaining the suspects, Detectives served a search warrant on the room where they were staying and located personal items belonging to the victims including credit cards check books and computer equipment commonly used to make fraudulent checks,” police added.

The male suspect is identified as 31-year-old Matthew Williams. According to police, he is an Ex-Felon with an extensive criminal history. The female was arrested and is identified as 28-year-old Julie Morris.