Reno: A History of Divorce 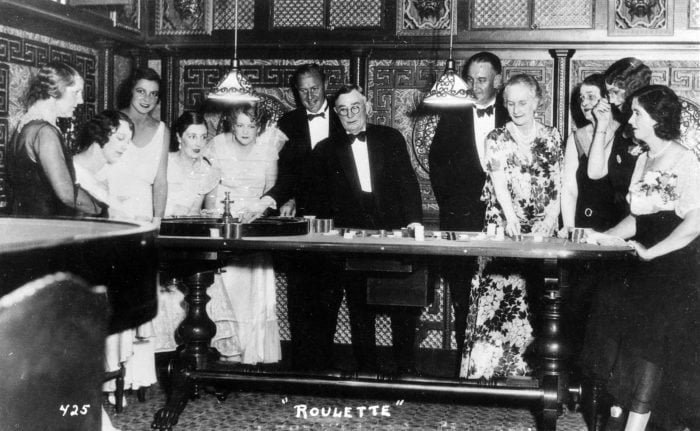 Reno held the title as the Divorce Capital of the World for six decades. A new interactive online exhibit showcases divorce and the role Reno has played in its history. The exhibit not only highlights the impact of the divorce industry (and it’s a huge one) has had on Reno’s culture and the city’s economic development, but also explores how Reno helped change the national attitude about the subject.

“The site is a treasure trove for anyone interested in learning more about Reno’s divorce history,” said Donnelyn Curtis, head of UNR’s Special Collections. “Whether delving into the stories of the rich and famous divorce-seekers or researching the less-publicized stories of ordinary people, this site provides important historical detail about an important cornerstone of Reno’s cultural and economic development, which helped to shape this city’s identity.”

Here is a snapshot of the exhibit:

By 1909, Reno had earned the title of “the nation’s new divorce headquarters.” The generous number of grounds available to divorce-seekers in Nevada in addition to its relatively short residency period—six months, at the time—set it apart. In the decades to follow, an increase in the number of legal grounds and the reduction of the residency period further increased the Reno’s appeal.

Residency Requirement:
In 1931, in an attempt to help secure Nevada’s economic health through the Great Depression, the state legislature dropped the residency requirement to an unheard-of six weeks. In the same session, the state legalized wide-open gambling, ensuring even more entertainment options for divorce-seekers. More than 30,000 divorces were granted in the Washoe County Courthouse during the 1930s.

For some, the residency period for divorce also served as the countdown to a wedding. An advantage of divorcing in Nevada was the ability to immediately walk down the aisle with someone else.

In many cases, divorce-seekers brought their future spouses to Reno to wait out the residency period together, or arranged for them to arrive in town upon its completion. Tales abound of divorce-seekers who received a divorce decree in the morning and tied the knot with someone else that very afternoon, with both proceedings sometimes officiated by the same judge.

Grounds for Divorce:
Nevada divorces followed the principle of fault, granting the divorce to the party with the least amount of fault. As a result, one spouse (the plaintiff) had to charge the other (the defendant) with one of the actions or behaviors legally recognized as sufficient justification for divorce. This is no longer a requirement, and Nevada is a no-fault divorce state.

Legal Challenges:
The Full Faith and Credit clause of the U. S. Constitution requires states to respect the laws of other states; however, some Reno divorces met challenges in other states on a variety of legal grounds. Most often the objections were over two issues: default divorces, in which the defendant was not represented in court; and the legal definitions of citizenship and residency.

Passing the time:
Although brief by legal standards, the residency period required to secure a Reno divorce was not an insignificant span of time. Whether six months, three months, or six weeks, it added up to a lot of hours. How divorce-seekers chose to fill those hours varied widely. For those with means, the residency period could resemble an extended vacation, a passport to weeks of unbridled leisure. For those who needed to subsidize their stay, Reno provided a range of employment opportunities for all levels of skill and experience.

Rita Hayworth, General Douglas MacArthur, the illustrator Norman Rockwell, and the mobster Bugsy Siegel each got a Reno divorce.

The rich and famous could have their pick of places to live while establishing Nevada residency, and beginning in the late 1920s, divorce ranches held appeal for many. Most of these ranches were located outside of town, offering privacy, exclusivity, and a certain amount of pampering that one could not receive in a Reno hotel or boardinghouse.

As a result, the well-to-do generally trod the same paths as their less fortunate counterparts. Still, several establishments set themselves apart as more exclusive destinations with their expensive menus and membership requirements, or simply by capturing the imagination of the upscale customer. These included the Tavern, the Dog House, the Willows, and the short-lived Country Club.

Luxury hotels included the Riverside Hotel and Mapes Hotel, both featuring casinos, bars, restaurants, and showrooms. The Mapes’ Skyroom, high on the 12th floor with floor-to-ceiling windows, became a favorite of the elite divorce-seeker.

Many wealthy visitors were captivated by Reno’s small-town western charm, and sought out the same entertainments as the residents enjoyed, from the rodeo and racetrack to relaxing on the beaches of Lake Tahoe.

For more a more in depth look at the history of Nevada Divorce, check out the online exhibit here:

To become a part of Reno’s history and obtaining a Nevada Divorce, High Sierra Legal can help you with your historical document preparation.