Man Sentenced to 15 Years in Prison After Fifth DUI 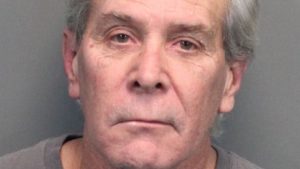 The Washoe County District Attorney’s Office announced this week that a Reno man has been sentenced to 15 years in prison.

It’s for a third felony conviction of driving under the influence of alcohol.

“This sentence is the maximum allowed by law and ensures the defendant will not be eligible for parole until he has served a minimum of 6 years in prison,” said D.A. Chris Hicks.

He was arrested November 19, 2015 when he was involved in a motor vehicle accident.

Reno officers, who responded to the accident, determined that McKinnon was driving west on Moana Lane when he rear-ended another vehicle.

McKinnon pleaded guilty to the DUI charge in December.