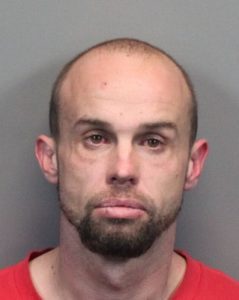 Sparks Police Officer arrested 32-year-old Michael Robbins on Sunday, February 14, 2016.  According to police, he was driving a stolen vehicle and it was discovered that he had possibly stabbed a man at an apartment in Reno.

Police said that Robbins ultimately admitted to the murder. He was charged with Open Murder with a Deadly Weapon. RPD is not looking for any additional suspects .

The victim has been identified as 43 year old Patrick Drahos.