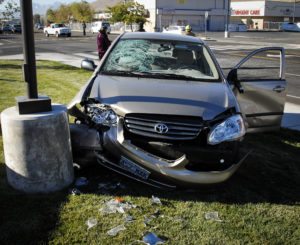 Law enforcement agencies are joining forces over the next two weeks to target aggressive drivers around the state, including the Reno area.

“Speeding is a contributing factor in approximately one-third of fatal crashes on the nation’s roadways,” said police. “Exceeding the speed limit is considered aggressive driving just as weaving in and out of traffic and failing to yield to other motorists.”

According to National Highway Traffic Safety Administration, the consequences of driving too fast include:

The enforcement effort is paid for by the Nevada Department of Public Safety.