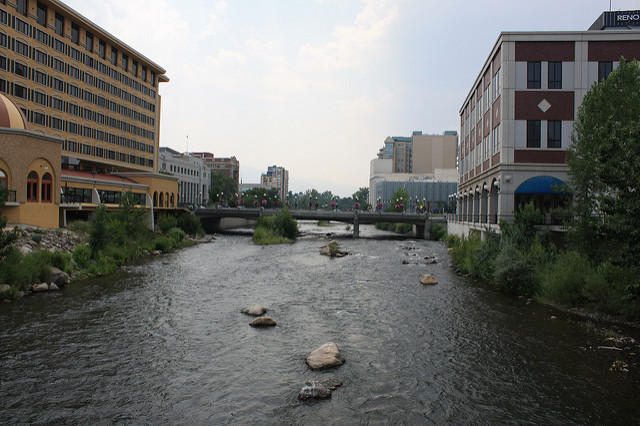 One of his biggest tasks for Aldean and his agency is planning and building infrastructure that will protect the region from major storms and flooding.

The endeavor, officially known as the Truckee River Flood Project, has a variety of elements to it.

“It begins with replacing bridges downtown and reworking Riverside Drive,” Aldean says, “and then building flood walls and levees. The full area is really the Truckee River. We don’t extend into Sparks; we don’t extend south, way down into southern Washoe County.”

“Those would come from the various entities where you belong. So if you live in Washoe County, you would go to that community for suggestions,” he says. “All we do is plan a project and try to figure out a way to get it funded.”